Rovio’s new sequel to the Angry Birds game got updated with a whole new chapter added to it called Pigsyland. Like with previous Angry Birds games that get new chapters, Pigsyland brings with it a bunch of new levels that players will need to work their way through.

Pigsyland, which is an amusement park themed chapter, comes with 20 new update with a new bouncing bumper mechanics to take advantage of. There is also a new pig that will be very hard to take out, mainly because he can teleport. 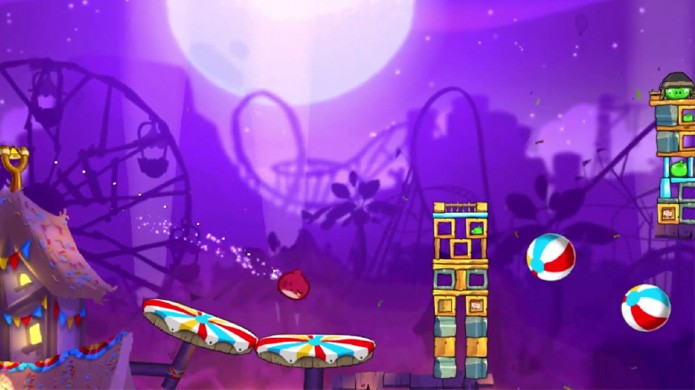 Like any other update, this one also came with plenty of bug fixes and tweaks to the game as well. Rovio isn’t settling with this update though and have already announced that even more levels are being worked on and are on the way soon.