Right now if you want to buy a Google Play gift card to use, or to give to someone else as a gift, you have a set amount you can buy. The most common denominations being $10, $25, and $50, although there are others out there as well. However, if you want to do an unusual amount for some reason, you don’t have much option outside of either rounding up/down the amount you want to buy in order to fit one of the current Google Play gift card denominations. That, however, looks to be changing this Fall. 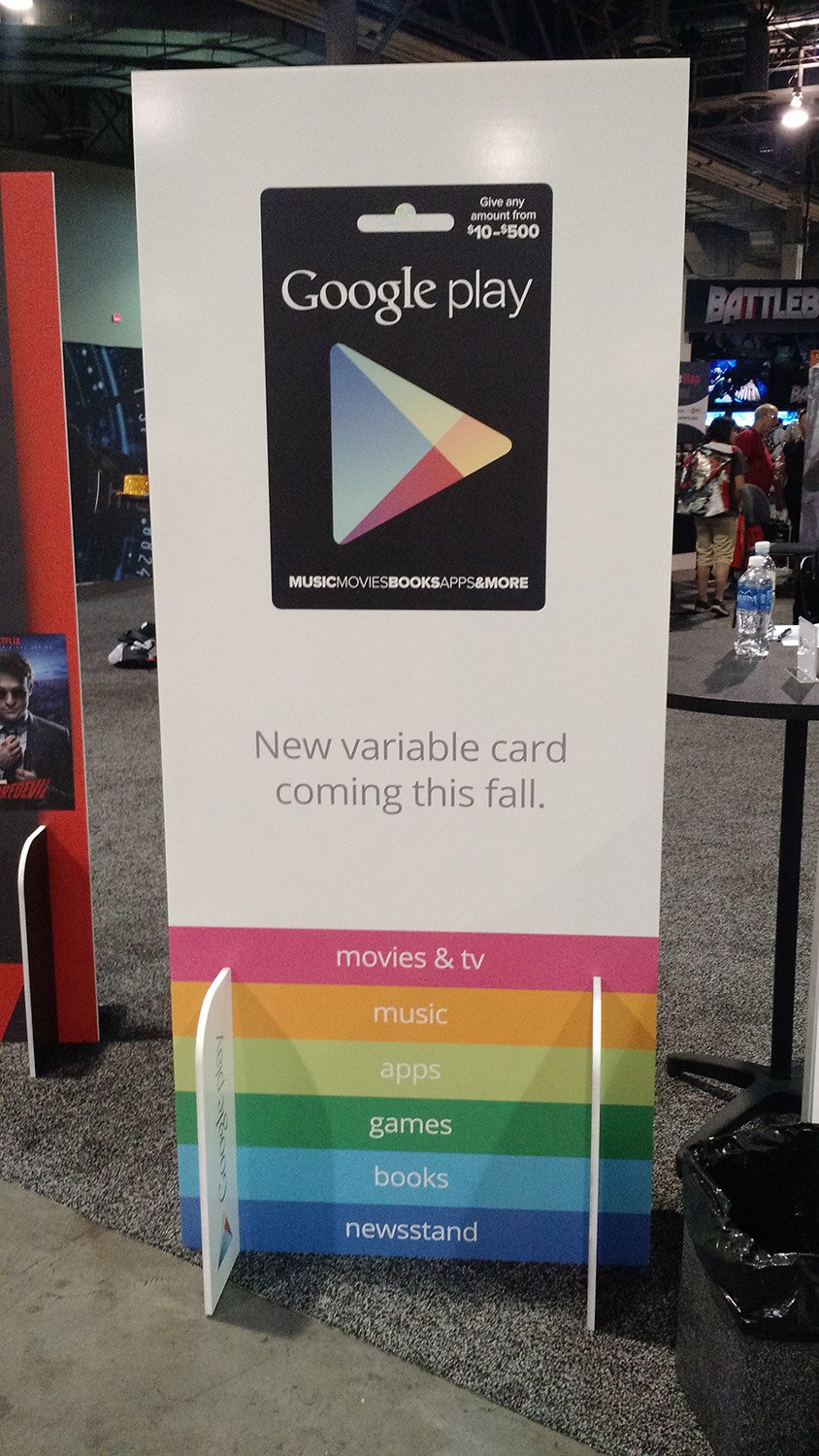 During the GameStop Expo yesterday, we happened to spot a billboard for a new Google Play gift card that will be coming out this Fall. This card will allow for any amount between $10-$500 to be purchased and added to the card. So if you want to buy $200 in Google Play credit for some reason, and can only find $50 as the highest card near you, then you won’t need to purchase four $50 Google Play cards. Instead, you can just load up $200 onto the new variable amount card.

As for who will be selling this new variable Google Play card, we weren’t told exact retailers, but it would be a safe bet that most major ones will carry it, especially GameStop. There’s also no specific release date for it, only that it will be coming this Fall.