Back in August we reported on Nvidia releasing an update to their GeForce Experience which was mostly for preparation for a beta that was to begin soon to test some really interesting new features. Well that GeForce Experience Beta has begun, and the download for it is now available.

This download isn’t a mandatory update for GeForce Experience, so if you want to participate in the beta, you’ll have to grab the new version off of Nvidia’s website yourself. The beta is to try out and test some interesting new features with the GeForce Experience. If you own a Shield device, the GeForce Experience suite of tools is something you use to GameStream PC titles to your Android device, among other features.

The new features are all about sharing, whether it is recorded content or playing with someone, it is about making sharing easier and more enjoyable. For starters, the beta features an updated version of ShadowPlay which comes with a new in-game overlay user interface, making it easier to access Recording and Twitch Broadcast features.

The biggest change though, especially for those of you who make/upload gameplay videos to YouTube, you can now directly save and upload videos from within the game you’re currently playing with the new overlay. This includes minor editing tool as well such as Title edit, Trimming, and so on. There are all kinds of neat features now with ShadowPlay such as Instant Replays which enables you to run in a DVR-esque mode, saving the last 5 to 20 minutes of gameplay. All you do is click a button to turn it on or off and you’re good to go. 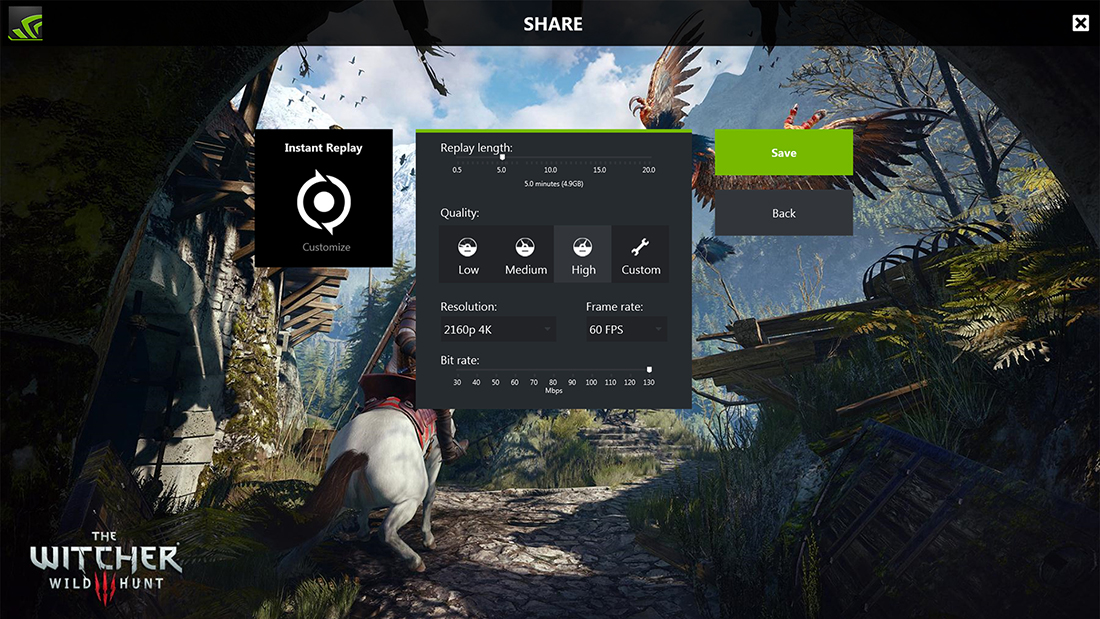 Nvidia’s GameStream feature was all about streaming games from your PC to your Android device. That has now changed with the addition of co-op GameStreaming. Essentially users will be able to stream the game they are playing over the internet to a friend, letting you both play the game together with no real networking steps to take.

This new co-op feature has all kinds of cool uses outside of playing games together with a friend. For example, players can use GameStream Co-op in conjunction with the new ShadowPlay overlay and interface to do a 1-on-1 stream to Twitch, or make co-op gameplay videos. While this co-op feature is talked about in a PC gaming way, we will be testing it out over the next few days to see if this also works with Android devices.