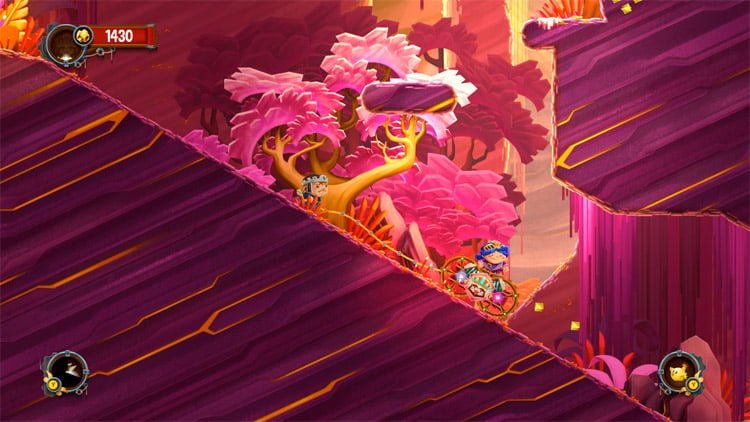 There’s no shortage of cute puzzle/platformers from indie studios out there but once in a while one comes along that offers something a little different. Chariot is one such game and has just been release today onto Nvidia’s Shield Android TV.

The rather odd set-up here is that a princess and her suitor have to get the remains of their dead king to his place of burial, picking up riches along the way that he can be entombed with. The king’s body currently rests on a chariot, which the heroes of the piece have to transport through the various platform-filled levels while trying to fend off looters. It’s a strange story but one that lends itself to some genuinely comedic moments, mostly due to the fact that the king’s ghost makes regular appearances, criticizing the player’s ineptitude and also revealing details about his somewhat shady character. So we can put a tick in the scripting/voice acting check box right from the start. 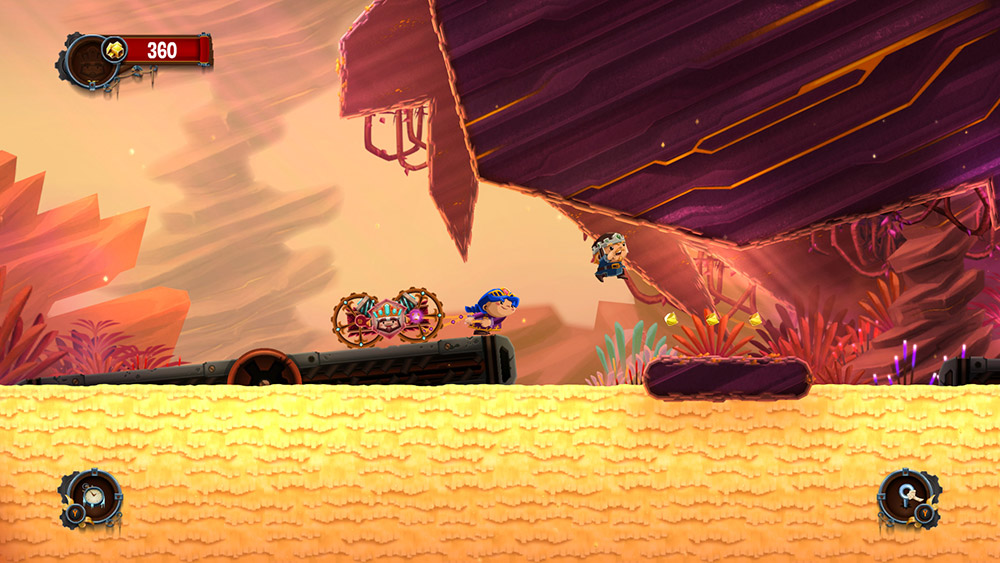 Navigating the environments is a straightforward yet challenging process. Players can push the chariot along flat areas, push it up small steps and, using a handy rope they can also pull it over obstacles. Bigger steps require you to use the chariot first as a means to reach higher ground, then to toss down the rope and drag the chariot up to your level. It’s a simple play mechanic but excellent level design makes for quite a variety of head-scratching situations. Adding to your problems are various looting creatures that are out to steal the treasure you’ve collected. These come in various forms (bats and penguins to name two) and have different attack patterns so the princess’s sword comes in very handy in these situations. As a single player game it is great fun and would succeed on its merits in this area alone. 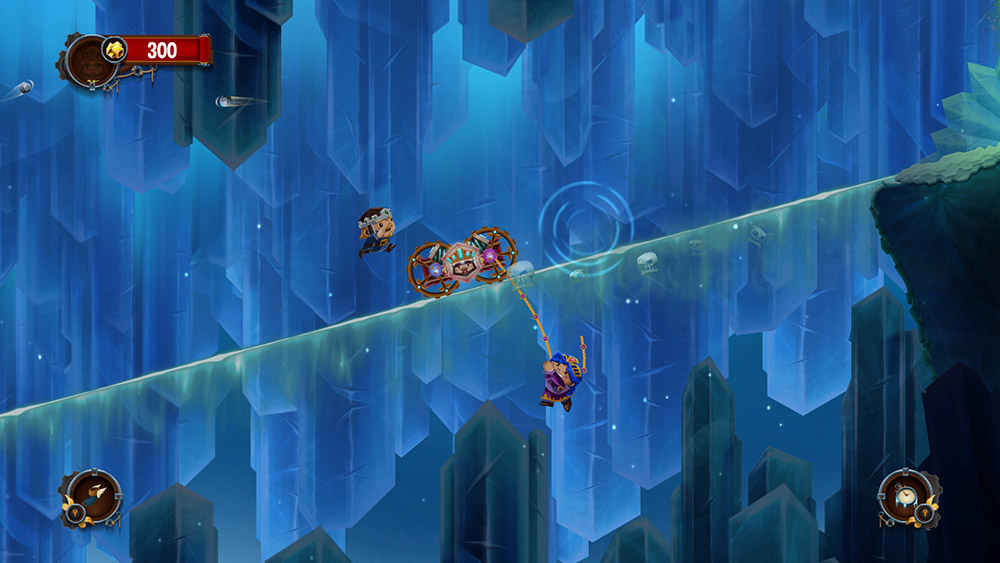 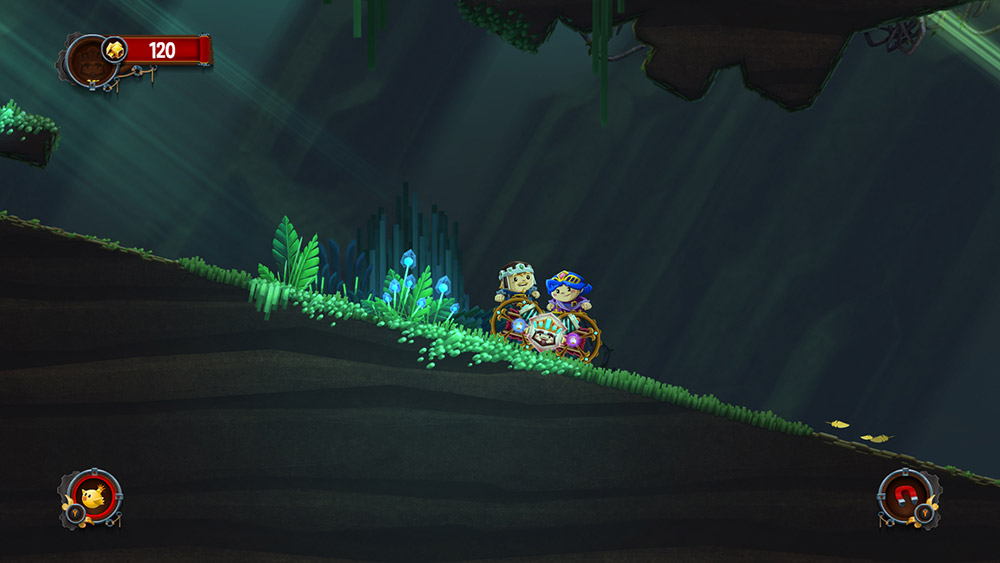 But, the game takes on an altogether more entertaining aspect when two players cooperate to complete the levels. One player takes the princess, the other her suitor and together, as well as making their way through the 25 levels to the end, having both characters in play allows them to reach areas that were inaccessible to the single player. By using two ropes and utilizing the game’s realistic physics the pair can swing to new areas and discover bonuses such as blueprints to craft gadgets. Gadgets can vary from simple pegs that can temporarily tether the chariot to a surface, a lamp that helps you navigate dark areas to bombs that aid in taking out the looters.

As a single-player experience, Chariot is a visually pleasing, amusingly scripted and smartly designed platformer. With two players, it’s all these things but with whole new avenues of interesting challenges that open up to you. Chariot is available for SHIELD Android TV and you can download it on Google Play for $14.99.