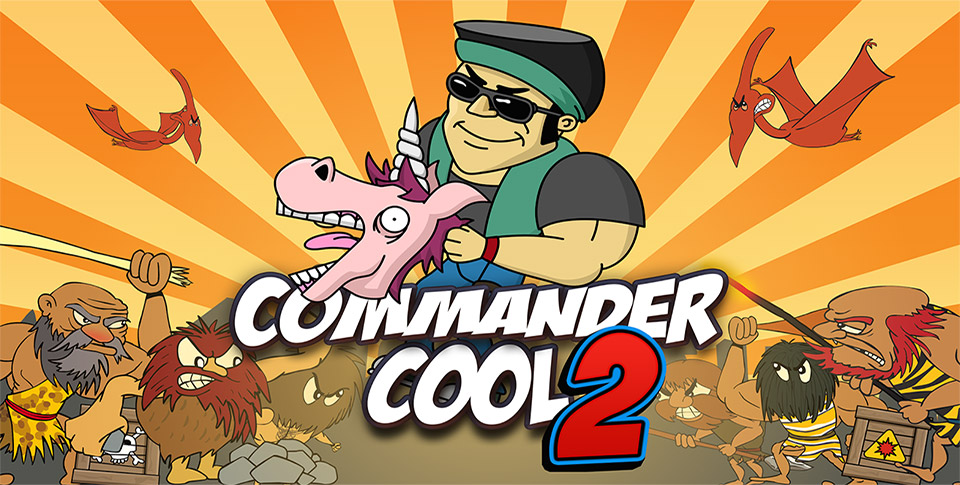 Orlyapps has released their first Android game onto Google Play called Commander Cool 2, which is a retro-inspired arcade platformer. Players will take control of Commander Cool as he travels through time, taking out bad guys and trying to stop a janitor who has become evil after finding a time machine in a lab he was cleaning.

The scientist has called on you to find the thief and get the time machine back from him in the process. Unfortunately that means you will have to travel through 3 different eras in the Stone Age, deal with a variety of enemies such as Cavemen and Dinosaurs, and take down the bosses as well. In total there are 33 different levels to work your way through. 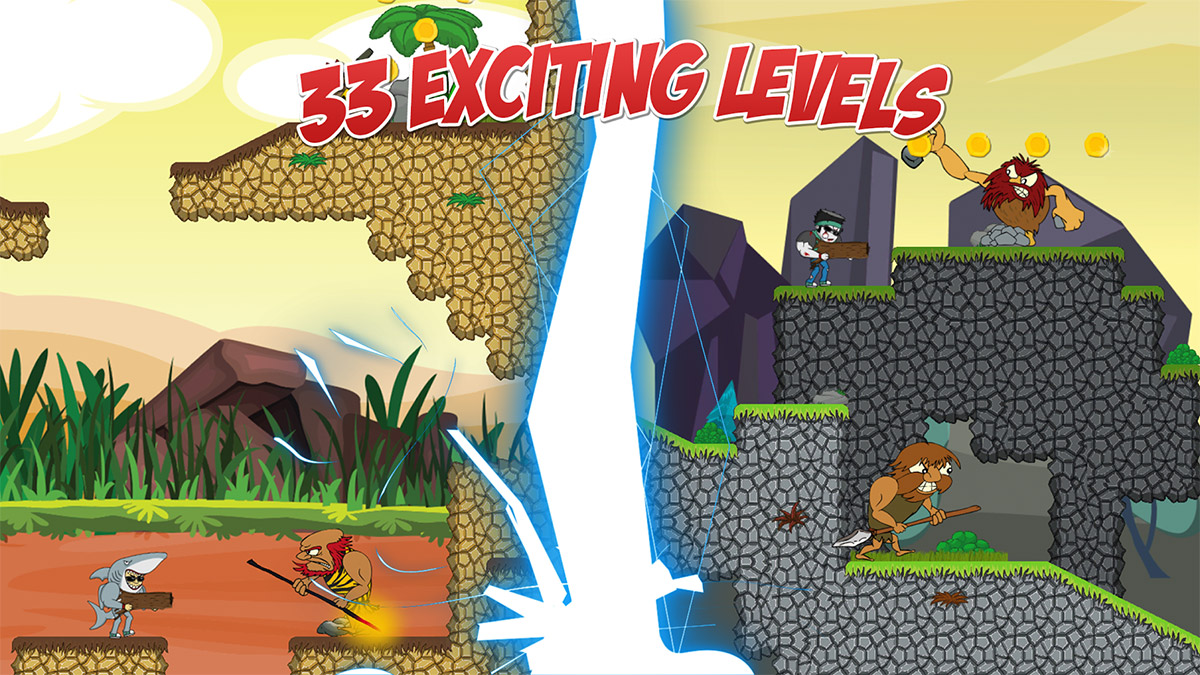 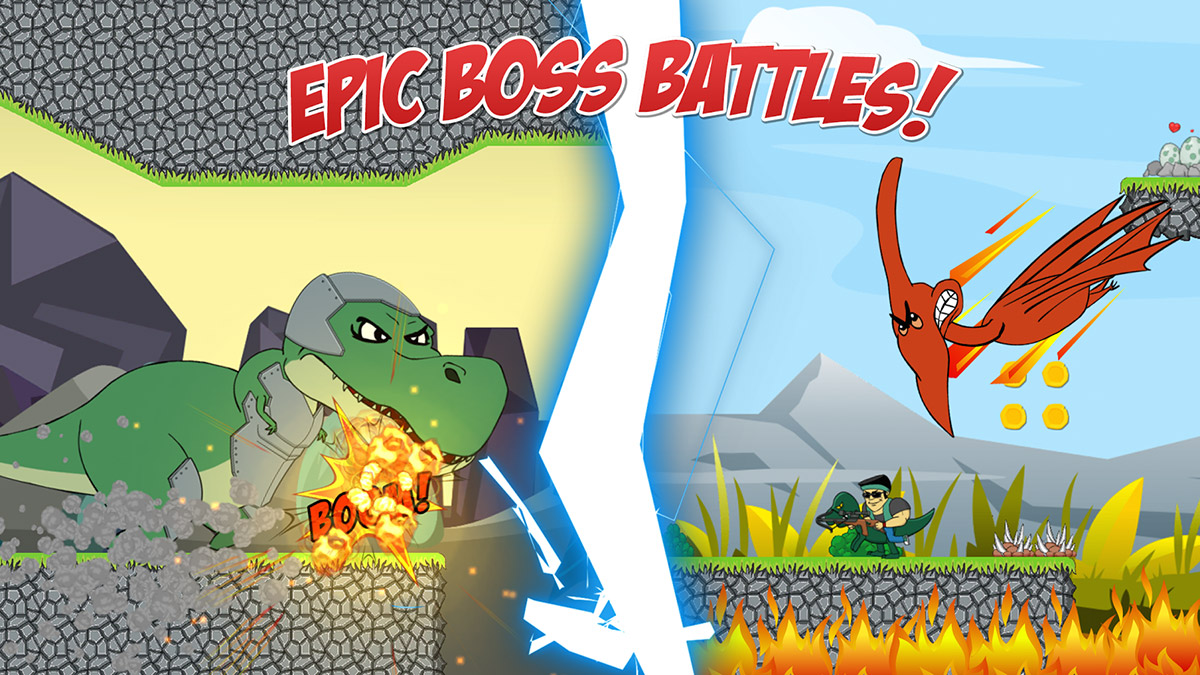 As for weaponry, Commander Cool has nine different weapons at his disposal, all of which are rather strange. This includes the odd Rainbow Spitting Unicorn… head gun thing. You can also dress up in different costumes as well for added coolness, such as a shark outfit or as a giant chicken. You are also timed with how fast you can beat each level.

Commander Cool 2 is available off of Google Play for free with optional IAPs as well. You can check out the game in action via the trailer below. You can also play this game on PC via Steam as well.