Perform your way to the top of the charts in Busker Boss, now out on Google Play

Released by DMS, Busker Boss is a “text-based strategy RPG Music game”, according to the devs. Players will assume the role of a struggling musician, attempting to make a sustainable amount of income and keep the dream of stardom alive.

With only a small bit of cash, and a handful of fans from prior gigs, players will begin their journey by performing on the street and eventually touring their way to the top, scoring gigs in stadiums. Players will have to manage bank accounts to pay bills, repay loans (with interest that escalates if players take too long to pay them), networking with others in the industry, rehearse, deal with record labels, and more. 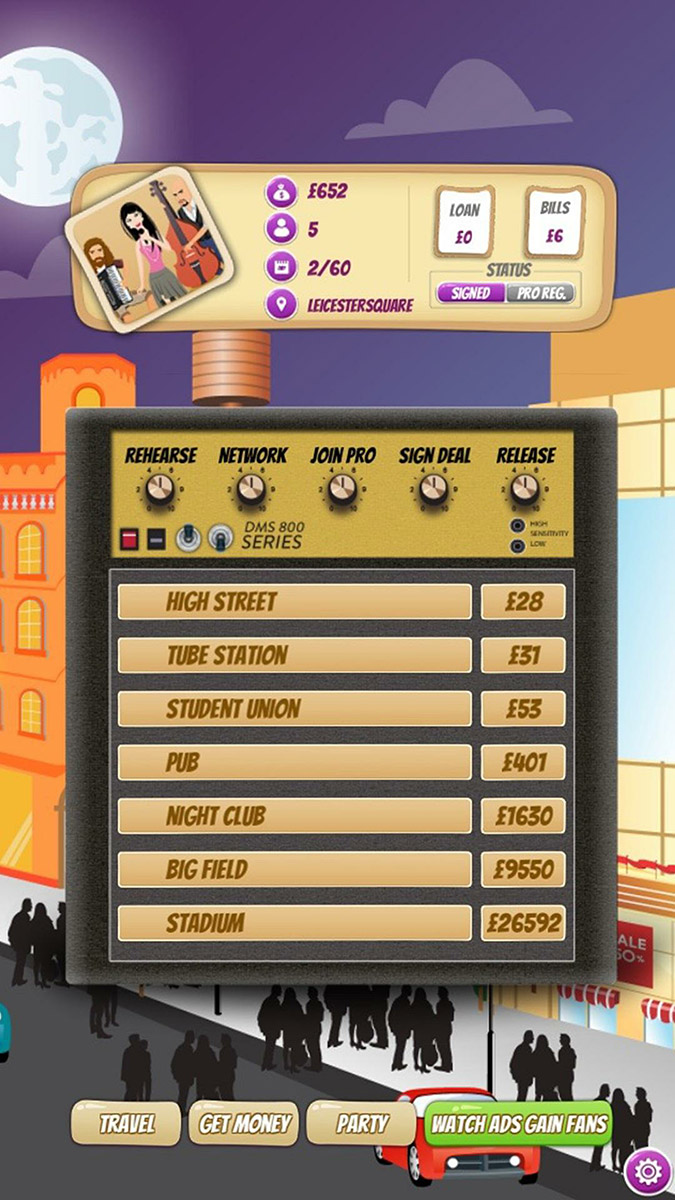 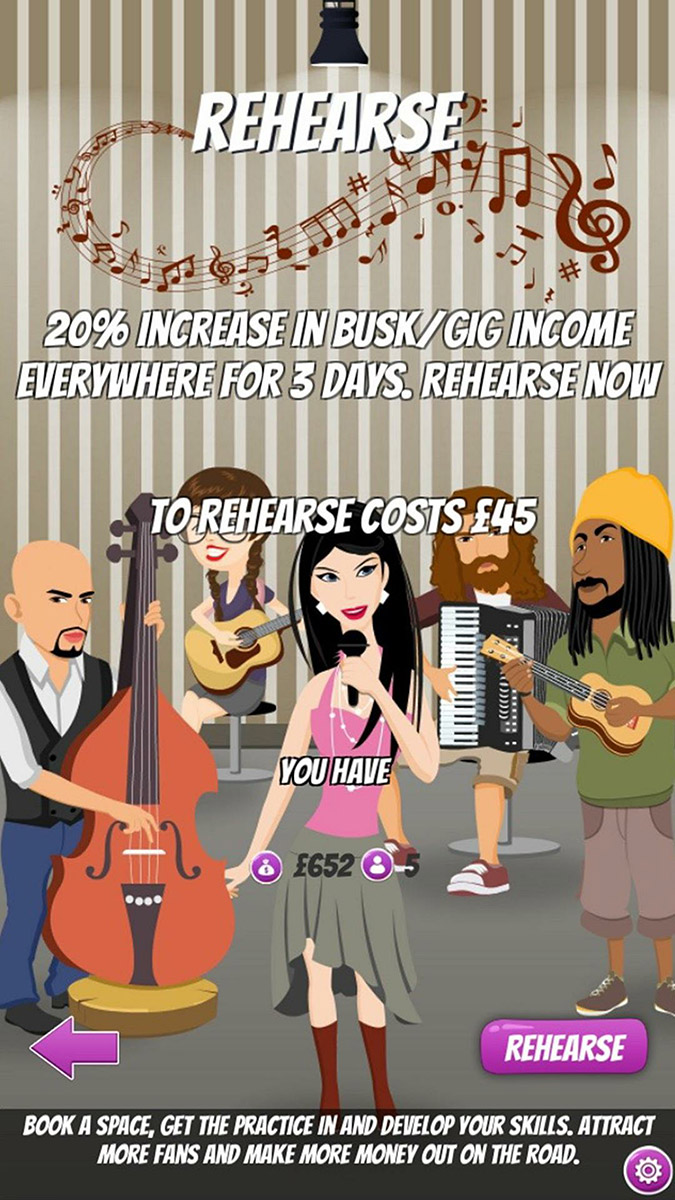 – RPG Gameplay. The game features a text-based RPG style where you must get into the role of a musician at the beginning of your career and do as much as you can to improve your skills and financial situation.
– Travel & Perform. You can travel to various areas and perform music gigs to get more fans and money. You start by playing on the streets and advance to better paying locations such as pubs or ultimately stadium concerts that will make you rich.
– Improve your Career. This game serves as a quick guide to a real musician’s career, so just as in real life you’ll need to network, rehearse, join organizations and even release your own record.
– Daily Chores. Don’t forget to pay your bills and return loans as interest increases daily (30/60 and 90 day game modes available).
– Great Music. The soundtrack behind Busker Boss is made by our composers and is one of the main attractions of the game.

Busker Boss is available for free from Google Play, with optional IAPs as well. Don’t forget to get your permit to busk, and pay your loans back, or else you will fail and go to jail. Then you will just be singing to the nice people in jail wanting to make you their new girlfriend.