Lost Qubixle is a new puzzle game released on both Google Play and Amazon. Players will be tasked with reconstructing collapsed (cubr shaped) stars. Players will receive assistance from an often forgetful robot named Qubie, in their venture to complete the puzzles, of ehich there are over forty.

The puzzles are to be completed by arranging the cube to fit the diagram on three sides, and to use as few cubes as possible by removing “extra” cubes to remain under the threshold for cubes allowed on a particular puzzle. 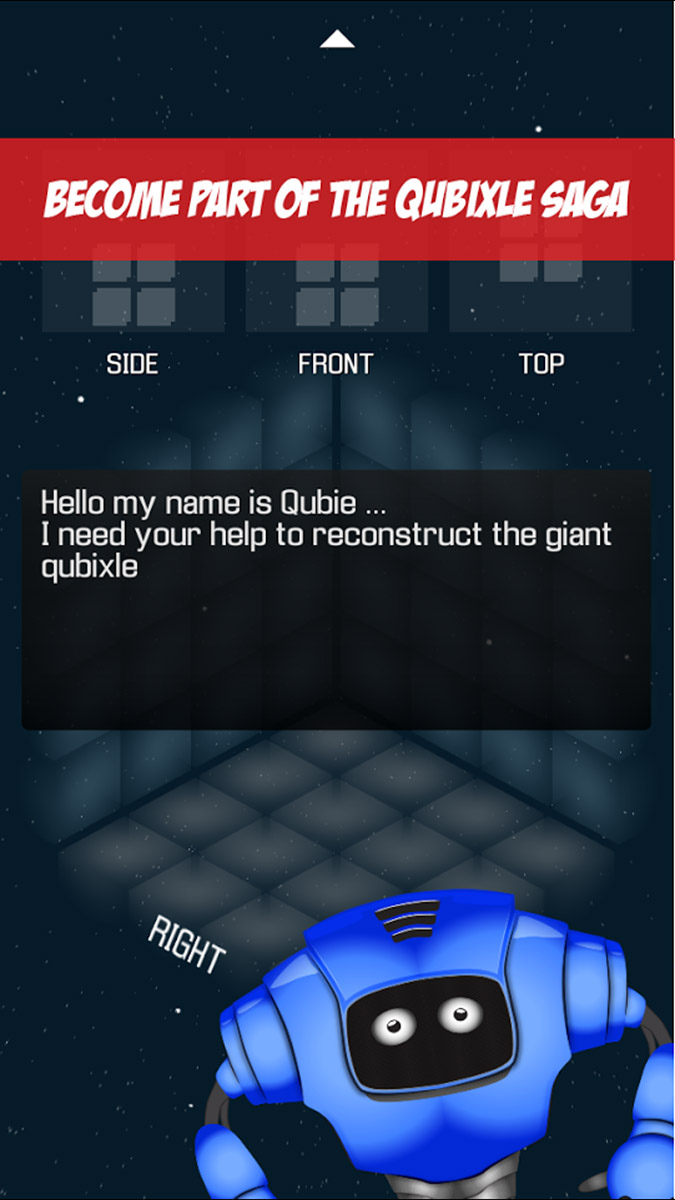 Lost Qubixle is available from Amazon (including their Underground program), as well as from Google Play for the pro version at $1.99. You can also check out the game in action before buying it with the video below, or grab the free version off Google Play.