The wearables category of mobile devices has gone from being a niche space in consumer electronics to becoming the new frontier of mobile hardware and software development. San Jose based tech firm, Titanium Falcon, hopes to join the ranks of Google, Apple and Fitbit with a clever offering of their own; a gesture driven smart ring known as Talon.

What exactly does Talon do? Talon enables users to interact with apps on their smart devices (phone, tablet, home) using nothing but gesture based controls. The development team claims that the device will allow users to control over 70% of a smartphone’s functions, which would seem ambitious enough had the ring not been shown handling a wide array of tasks that go beyond sending a text message or updating your status on social media. 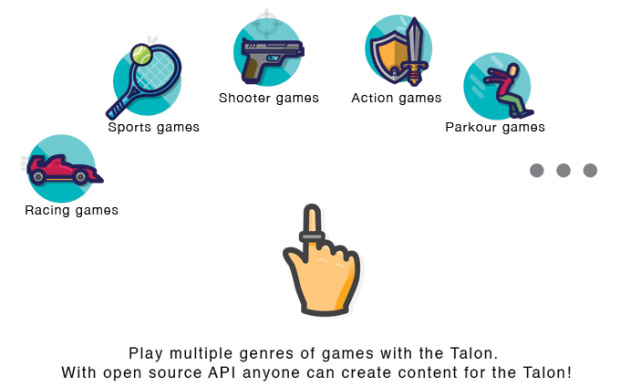 The pitch video on the team’s IndieGoGo page features a myriad of practical and leisurely uses for the ring; change channels without a remote, play music while doing the dishes (the ring is waterproof), turn out the lights or pilot a toy drone. Although the ring has a number of applications for casual use, make no mistake about the project’s goals. Titanium Falcon has chosen to market the Talon as a mobile gaming controller.

Since this product is meant to be a gaming device first, you may be wondering why the team opted to design a controller with a ring form factor. According to the IndieGoGo page:

Compared to traditional, clunky, motion control gaming hardware, the Talon is a tiny finger ring. It also takes you from a 2D touchscreen to 3D touch-less space. Talon is all about having fun anywhere anytime. -Titanium Falcon 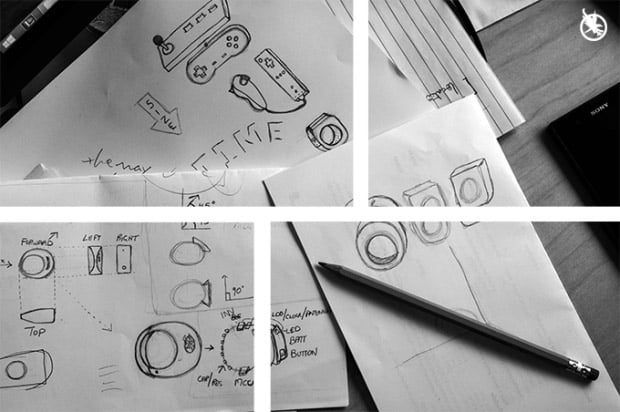 Bluetooth game controllers have become a crowded arena in mobile gaming. Rather than be the next company to iterate on what has already been popularized by iCade and Moga, Titanium Falcon seems to be looking to Nintendo for a bit of inspiration. And in case the aforementioned quote is not enough of a hint, the team makes it rather clear in their concept art that Nintendo influenced the creation of this product.

Talon is shaping up to be a rather promising concept that I hope comes to fruition. The team is using IndieGoGo rather than Kickstarter, which means that even if the project does not reach its funding goal, the team will still get a portion of the revenue generated by their campaign. For more information about Talon, head over the Titanium Falcon’s IndieGoGo page.