Google announces the Pixel C, an Android Marshmallow tablet with attachable keyboard and a Tegra X1 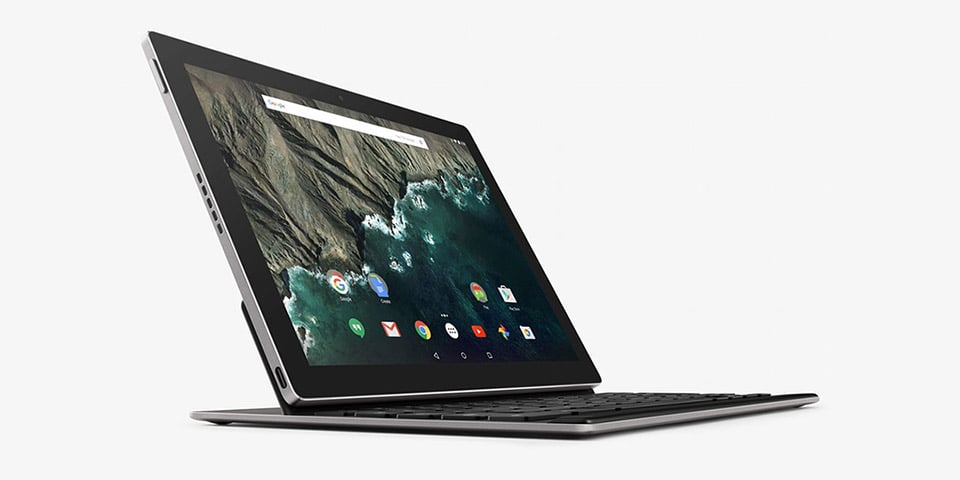 Google announced today a new device they have been working on called the Pixel C, which is a tablet and keyboard combination which runs Android Marshmallow. However, even though this is a combination of two items, they are sold individually. It is also a pretty big powerhouse in terms of specs.

The Pixel C is a tablet with an attachable keyboard, which isn’t anything new really. Asus had the Transformer brand out a couple years ago. However, the technology is top notch. It can fold closed like a laptop, fold open without a kickstand or anything when using the keyboard, but the keyboard can also flip behind the tablet when you just want to use the tablet without the keyboard. 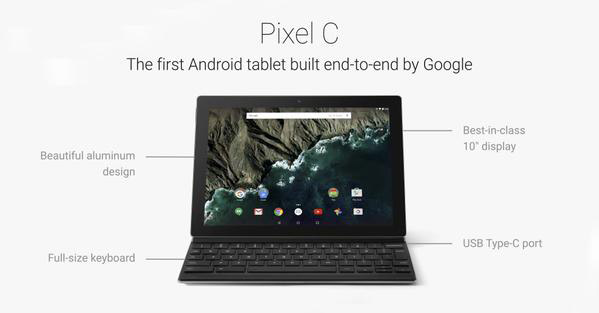 The tablet weighs in at 10.2″, so it’s nice and big. The keyboard is a full-sized one that connected via Bluetooth, and it also comes with the new USB Type-C connection for that fast charging we talked about with the new Nexus devices announced today. If you own a Chromebook, you will see a lot of the styling from those showing up with the Pixel C in its design. This will also be a good tablet for gaming as well since it comes with 3GB of RAM and Nvidia’s Tegra X1 chipset.

For those of you interested in the Pixel C, there is a bit of a wait unfortunately before you can get one. This tablet and keyboard set won’t be out until closer to the holiday season. Pricing comes in at $499 to start with the tablet, indicating that there will be different storage size options available, and $149 for the keyboard. Google plans to have software updates for the Pixel C every 6 weeks as well.