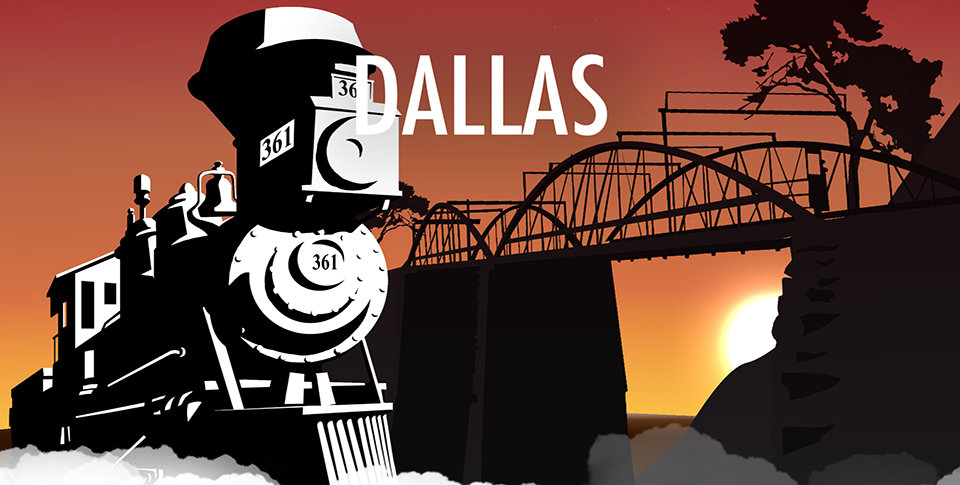 A couple of weeks ago we reported on inkle’s very popular game 80 Days and the fact it would be getting a pretty big content update soon. The update was slated for release on October 1st, however it has arrived early and is now available for download today instead.

For those of you who missed our previous article about this update, this is a pretty massive update with over 30 new cities added to the game, an additional 150,000 words, and two additional major plotlines spanning the entire world. Most of the new cities added are filling in North America, South America and Canada. With the new cities and plotline, there is a lot more to do now as well as many more secrets to find. 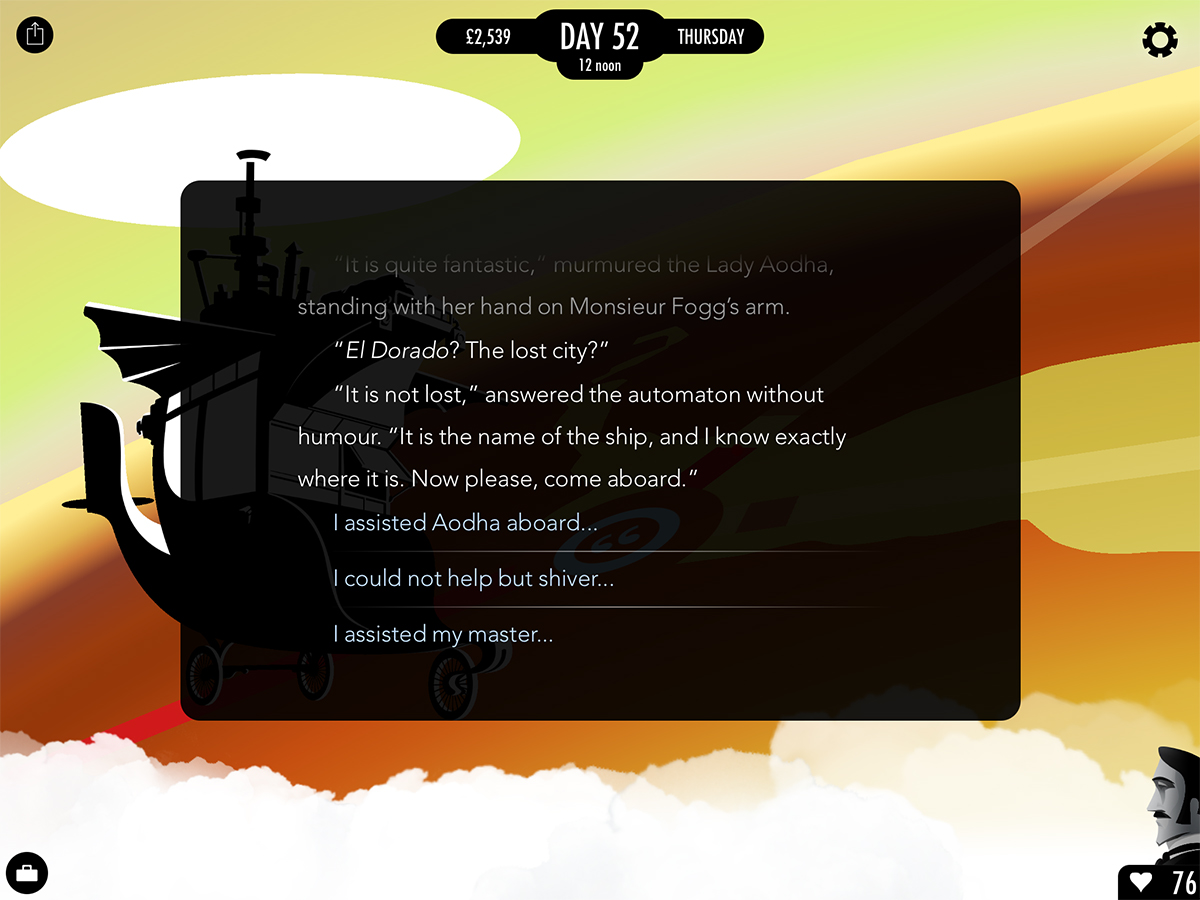 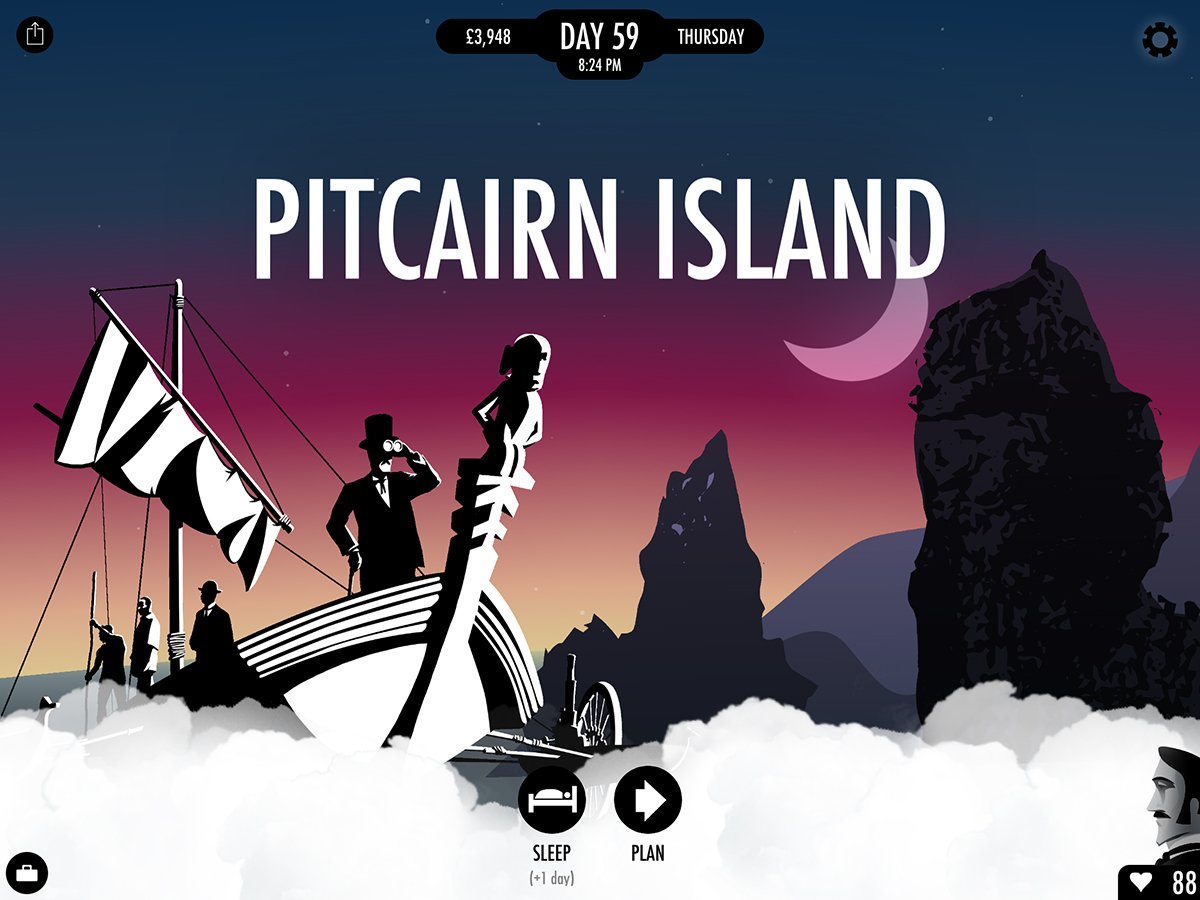 1) 30 new cities, filling in North America, South America and Canada
2) New adventures and secrets:
— to the Moon!
— a floating First Nations village
— play poker with a billionaire
— discover Atlantis
3) And more: soar with the Levitating Atheists of Meteora Valley, explore the Pitcairn Island, discover Port Moresby, go over Niagara Falls, rekindle an icy romance, be deputy to a Sheriff of the Old West, and abandon Fogg for love
4) Major new world-spanning storyline: join forces with the Black Rose, Europe’s most notorious jewel thief, to discover the Artificer’s greatest secret

If you have 80 Days installed on your Android device of choice, you can now download the new update off of Google Play for free. If you don’t have the game installed and want to grab a copy of it, that will set you back $5.00, which is well worth it. 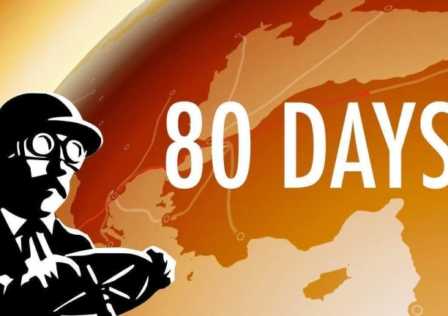 Acclaimed Narrative Adventure 80 Days is Half Price on Android