Today Halfbrick announced that they have pushed out a new update themed around Back to the Future. It’s actually a pretty big update with an entirely new game mode to play through, two new vehicles (I wonder what those could possibly be), three new costumes, and much more. What’s even better is that all of these things can be accessed for free during the entire month of October. 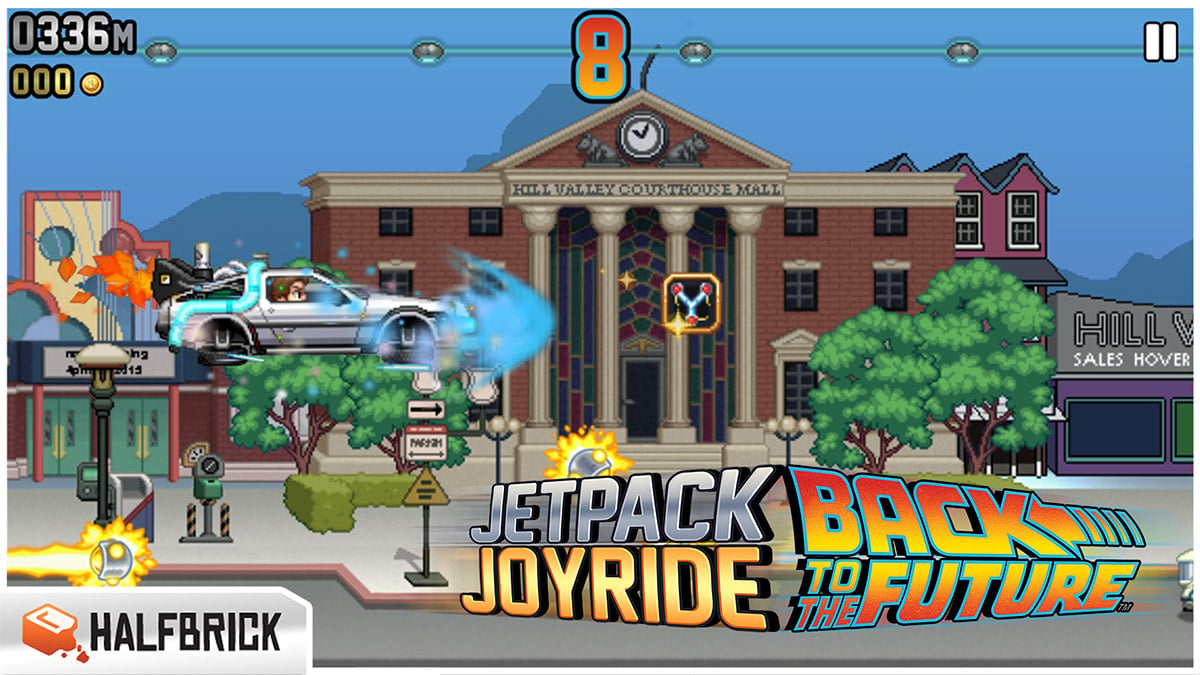 Players will be trying to collect Flux Capacitors, collecting points, and going through time in the new game mode, which takes place in Hill Valley 2015. The new game mode is a sort of time trial one. The Flux Capacitors you collect go to extending the time which is counting down. Each one you collect adds an additional 5 seconds back onto the clock. You have to be very careful though as any collision while you are playing will result in a 10-second deduction penalty.

These Flux Capacitors are pretty important besides adding time to your clock. These items are also used to unlock three of the new characters added in this update: Marty McFly, Doc Brown, and Biff Tannen. Whenever you unlock one of these new characters, you will be able to then use them as an outfit in the normal version of Jetpack Joyride.

Earlier we mentioned that access to all of this new content is available for free for the month of October. After that, if you want to gain permanent access to it, you have the option of buying the Future Bundle for $9.99 via an IAP. This will grant you access permanently to the Amped Up ’85 Guitar Jetpack, the hoverboard, DeLorean Time Machine, and Hill Valley 2015 background.