For those of you who missed out last article about this game, Chronicle: RuneScape Legends is a strategy card game (as known as a CCG) which takes place in the RuneScape universe. The concept and how it plays out is actually pretty interesting. Everything will be played out within the pages of a living book which focuses on quest building, allowing players to craft their own miniature RPGs against enemies, including classic RuneScape boss monsters. There will also be the ability to enter into PvP combat as well.

Since Chronicle’s inception, we’ve been committed to iterative, agile development. Now, as we prepare for Chronicle entering closed beta next month, we’re incredibly excited to open the game up to more RuneScape fans and those looking for something new to join us in creating something special. In taking the game to the next stage, and welcoming input from a much wider audience, we believe we can create a surprising and genuinely unique experience for all gamers. – Lead Designer, Jim Sweatman 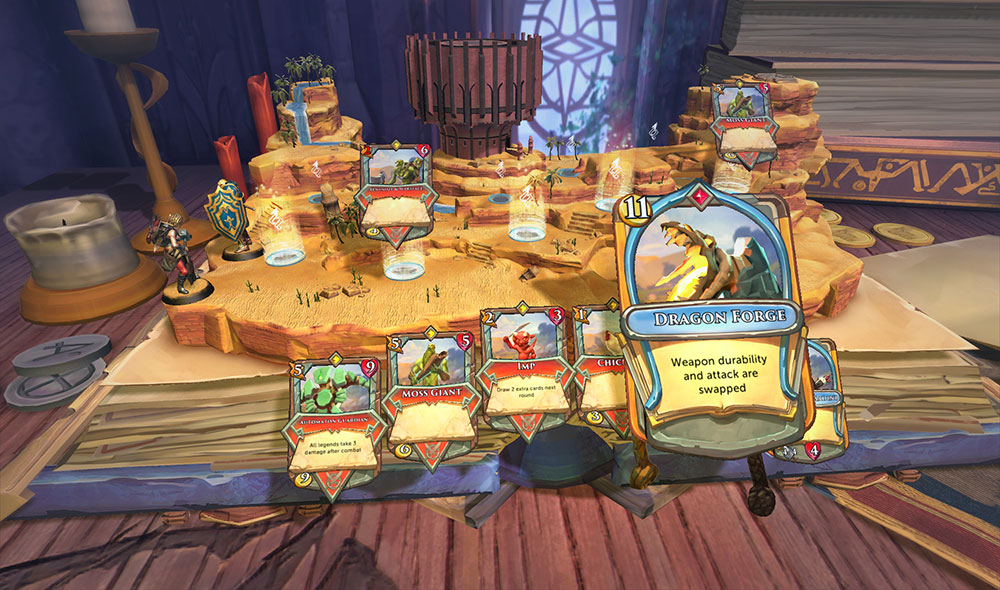 The closed beta sign-ups are now live and anyone can sign up for being a part of the closed beta. However, spots are limited so not everyone will get into it. This is a multi-platform title as well, so while it is coming to Android, it will also be available for iOS and PC gamers. The official start date for the closed beta hasn’t been announced yet, but it will be starting November 2015.

You can check out the new trailer for Chronicle: RuneScape Legends in the video below.