Bandai Namco and Hipster Whale recently teamed up to release Pac-Man 256 onto Android. Well now that game has invaded Hipster Whale’s original popular game Crossy Road with the game’s new update that has just arrived. Along with the pac-Man 256 love, it also seems like Monument Valley has also received some of the update love as well.

The new Crossy Road update featuring Pac-Man 256 adds a new style of environment to the game, with a sort of Tron style to the blocks, outlined in bright blue. Players will also have to deal with those pesky ghosts once again and, on top of that, you also have the dreaded 256 bug making its appearance in Crossy Road as well. Of course you will be controlling Pac-Man while you play. 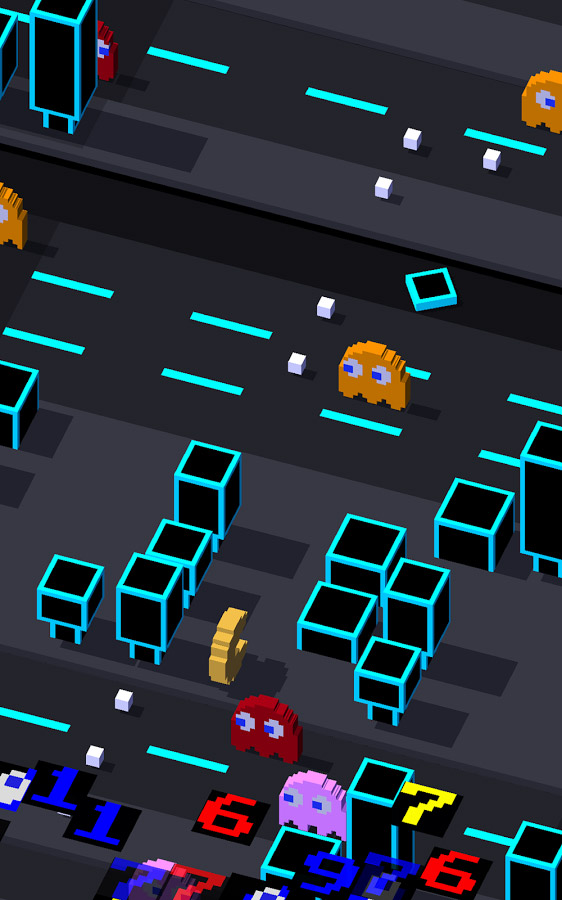 While that is the official update details, a Tweet moments ago from the Crossy Road Twitter account also showed off a new Monument Valley environment (pictured below). This new environment features the abstract/minimalistic visual style of Monument Valley as well as the ability to play as the popular ustwo’s game main character.

This update is now live and available for download off of Google Play and Amazon’s Appstore. 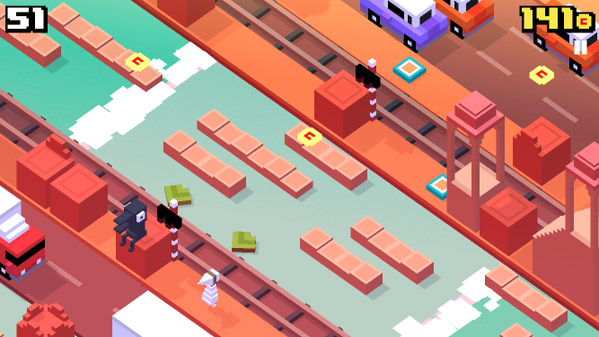