This one is a bit different than the Lollipop one of course. This time around players will be guiding different colored bugdroids in between Marshmallow obstacles coming from the top and bottom of the screen. Just like in Flappy Birds, the goal is to get as far as you can, earning points along the way. Hitting anything, however, means it’s game over. So while that isn’t a whole lot different than the previous Lollipop one, Google has added a bit of a unique twist to it in the form of local multiplayer. 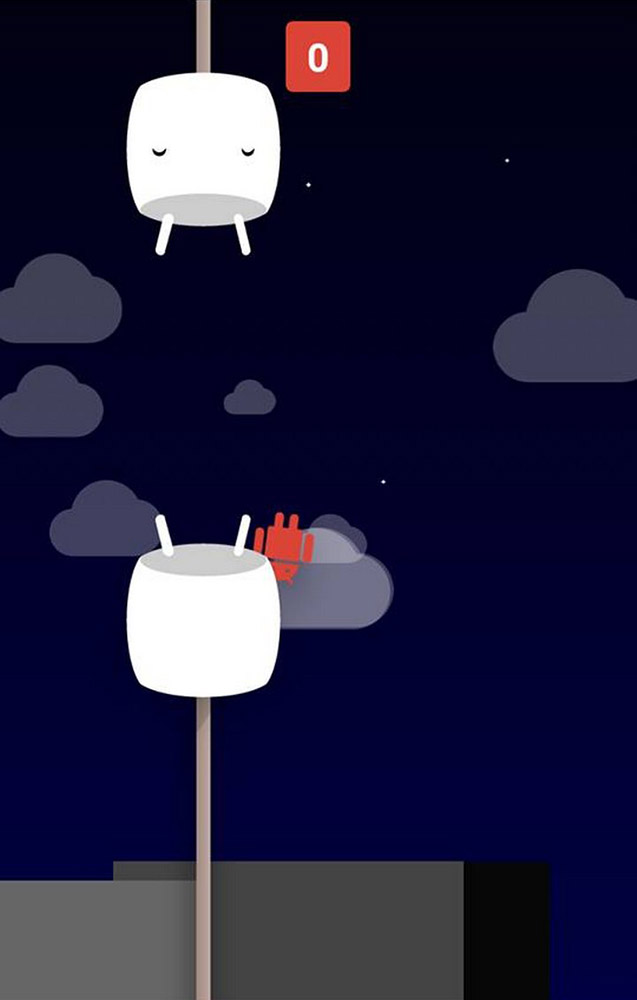 In this Marshmallow themed Easter Egg, you can have up to six players trying to survive as long as possible, all while playing on the same device. In other words, there is plenty of chaos to be had with six people playing.

So how do you find this Easter Egg? The only way to get to it is to go into Settings > About device, and once there tapping on your Android version a bunch of times. This is pretty much the standard way to find these Easter Eggs with each version. It changes a bit from here, with users then needing to tap and long-press the “M” in order to get to the game. Of course to access this one you actually have to have Android 6.0 Marshmallow installed.