Three weeks ago we reported on a new Bridge Constructor game heading to mobile devices soon called Bridge Constructor Stunts. While iOS users received a version of this game two weeks ago, Android users did not. However, that has all changed today as this game is now available on Google Play.

Bridge Constructor Stunts is similar to its older brethren in that players will be constructing bridges across a variety of chasms in order for vehicles to safely cross said chasms. However a lot of the building in this game has been streamlined, such as players need only to tap on a constructed beam to toggle it onto a road, and vice versa. Tapping and holding will now allow players to to re-position part of the construction they are working on, as opposed to destroying it and starting over. 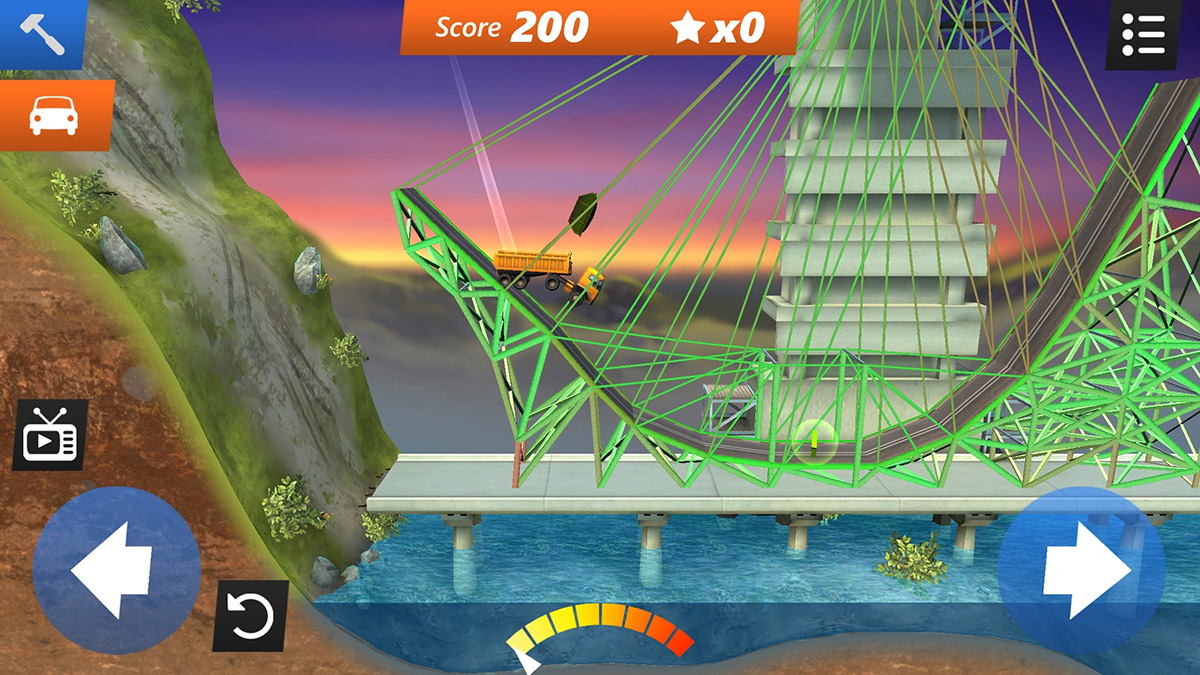 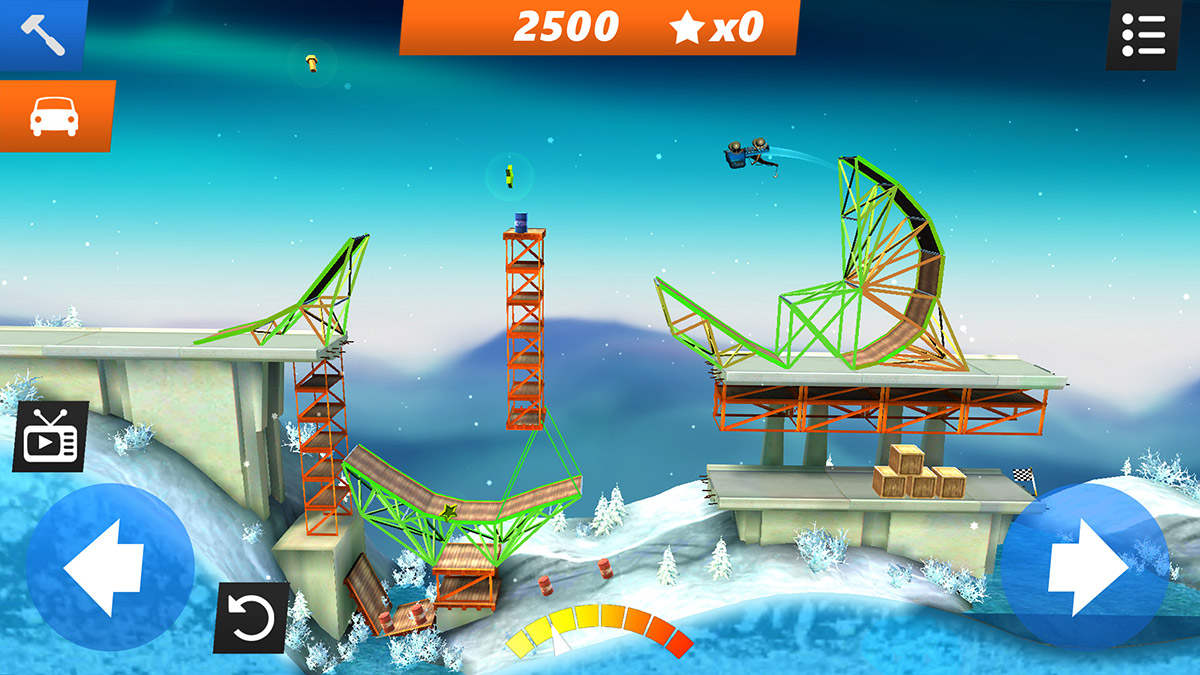 – Improved and simplified Construction Mode
– Build ramps and drive vehicles across them yourself
– Diverse levels with different objectives: reach the goal, collect stars, score target…
– Delivery vans and dump trucks with cargo that wreaks havoc when coming loose
– Various building materials
– Spectacular stunts and rampages of destruction
– Replay feature and video sharing: save your best bridge crossings and stunts and share them with your friends
– Achievements and rankings

Of course this game isn’t just named Bridge Constructor Stunts for no reason. Players now control the vehicles crossing the bridges they build. This allows you to perform a variety of stunts with said vehicles as they cross your newly built bridge. The better the stunt you pull off, the higher your score will be and the more stars you will earn in each stage. Players will also be able to record, save, and share videos of their stunts.

Bridge Constructor Stunts is now available on Google Play for free with optional IAPs available as well. Optionally, you can also pick the game up in a premium version for $1.99. You can also check out the game’s new trailer in the video below to see more of it in action.