Of course since we are an Android gaming site, we will focus mainly on Minecraft: Pocket Edition, which ironically was almost the entire focus of the Q&A session as well. Mojang actually went through a lot of information in a rather short period of time. So if you tuned in a bit late, or had to leave the stream early, you might have missed some good information.

The Future of Minecraft: Pocket Edition

Mojang has a lot of future plans for Minecraft: Pocket Edition, and by future plans we mean things the developers want to add but more than likely won’t show up in the next update, which would be version 0.13.0. One of the things they do want to change in the future is the current build height restriction, which they want to increase. Of course this poses a few challenges that they need to address for this to work, including the amount of memory that would be required would also increase and trying to make that part not a substantial one.

Another item that is also taking time to implement into MCPE, also because of a size issue, is in-game music. Mojang wants to add in-game music but doing so would make the download size a hell of a lot bigger. According to the developers, adding the music would make the download 20x the size, so dealing with that and trying to make it smaller without affecting quality is the hurdle they are dealing with regarding the in-game music. I don’t think 20x is correct and a bit of an exaggeration, but they did say the game size would increase to 100MB. This doesn’t seem to be an issue in my eyes. Rest assured though music is coming. 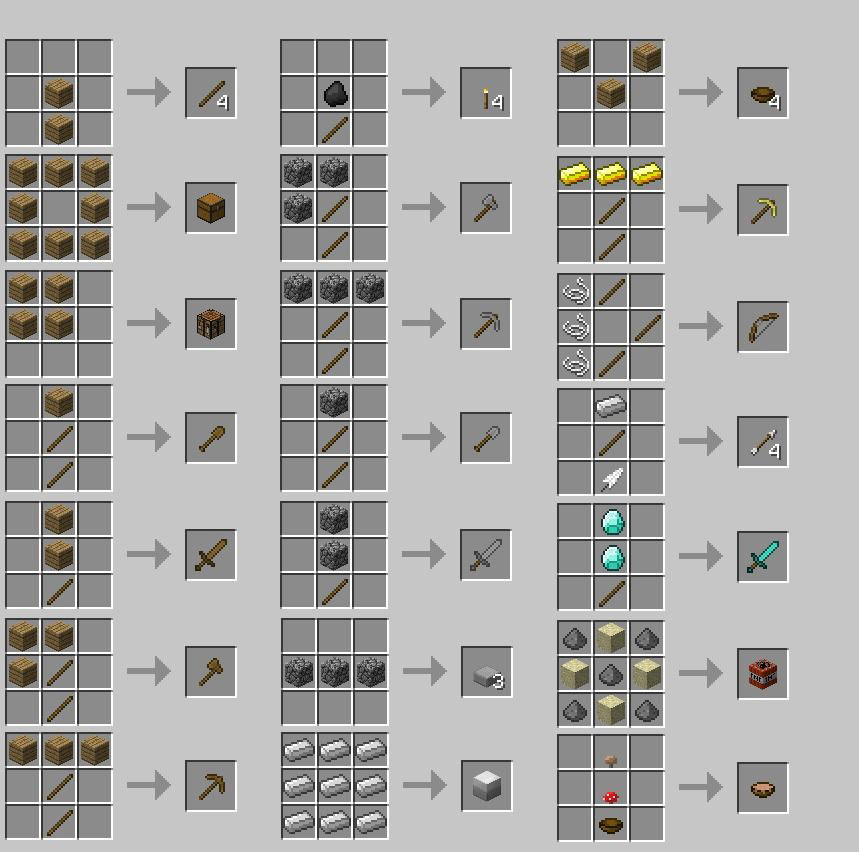 Example of classic crafting in Minecraft

Crafting is another feature Mojang is set on tweaking even more. During the Q&A session, the developers mentioned that the more classic approach to crafting would be making an appearance in MCPE. For those of you not familiar with this, essentially this is dealing with how PC crafting takes place, with placing items in specific slots in your crafting window in order to build items.

Resource Packs are coming to MCPE as well, however don’t expect this feature to arrive in the immediate future. They will be pretty close to how Resource Packs work in the PC version of the game. So installing one in MCPE will include things like Shaders, different UI elements, Textures, etc etc. These replace the default ones that come with the game, so essentially its like a skin but for game elements.

Redstone… Redstone? Redstone! This has already started working its way into the game, but right now its more of a background item for the most part. However full Redstone is being implemented into the game. There is one big hurdle though with complete Redstone functionality in MCPE and that issue is lag. The PC version had lag issues when Redstone was originally introduced to it, and that issue continued for awhile until Mojang was able to optimize it enough to kill most of the lag. There will always be a little lag though with Redstone, especially when you do something like making an entire functioning computers (video example below) or mini-games out of it. People have done some incredible amazing and complex things with Redstone. 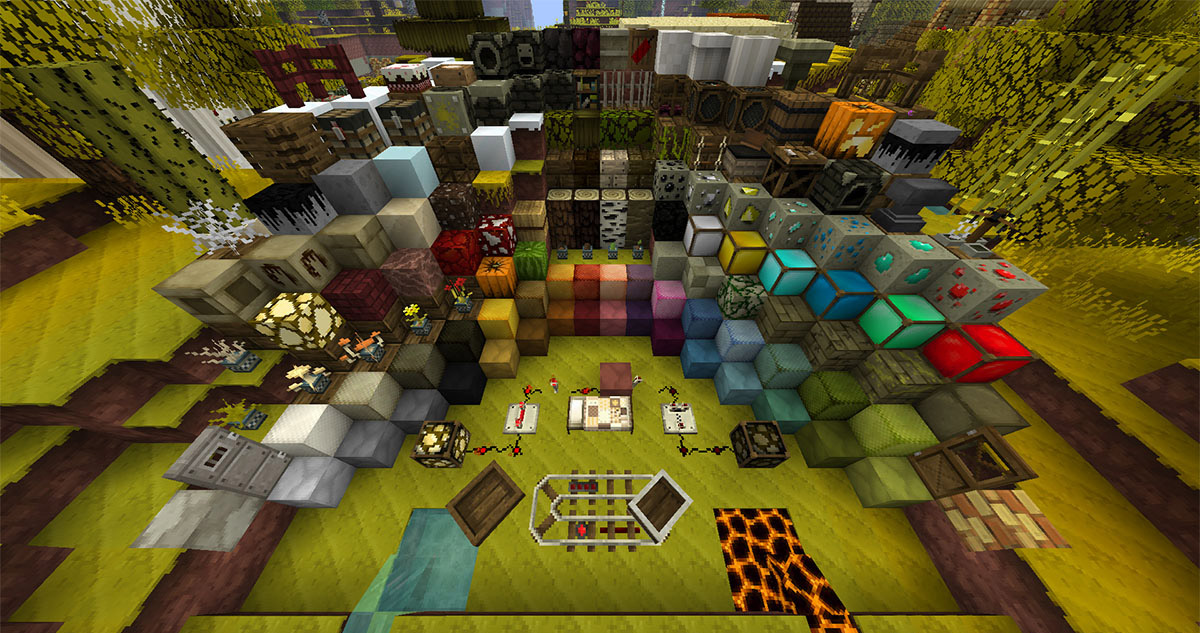 Example of a Resource Pack in Minecraft

One of the great things about Minecraft on any platform is the ability to mod the hell out of it. Even on mobile right now users can mod their Minecraft: Pocket Edition game, servers, worlds, and so on. However, unlike its PC brother, Minecraft: Pocket Edition isn’t the easiest thing on the planet to make mods for. Mojang wants to change that by finishing their official modding tools and APIs for MCPE. So all of you modding gurus out there, things will be easier soon!

Minecraft Realms is still planned for release for MCPE, but they didn’t go into too much detail about that. We’ve been waiting awhile for this so a few more months isn’t anything of a surprise. Interestingly enough, more Biomes are planned for MCPE including the possibility of MCPE-specific ones. So that could become very interesting, although right now there’s almost no additional information about this right now.

Mojang is also planning to continue tweaking the GUI in Minecraft: Pocket Edition. This is an inevitable thing anyways, especially when talking about other upcoming features such as the classic crafting and so on. Again, this was touched on but more specific details as to what exactly is changing wasn’t mentioned.

All of the above items are things Mojang has planned for the future of Minecraft: Pocket Edition. As for more immediate features being added that will possibly arrive in 0.13.0 include Coral and more Fish-related stuff. Remember the nifty camera item that appeared in MCPE a long time ago? That may also be returning as well. It may even be powered by Redstone.

Since Virtual Reality is a big thing right now, and will probably remain big for awhile to come, Mojang has been working on a VR edition of Minecraft for the Oculus Rift and so on. However, Minecraft: Pocket Edition will also be getting a version for the Samsung Gear VR headset and Google Cardboard, although their main focus will be the Gear VR since their opinion of Google Cardboard is a bit interesting. A bit more of a gimmick from the sounds of it in their opinion. Still, you’ll be able to play MCPE in VR on Google Cardboard soon.

There are a few other tidbits of information that came out of the live Q&A session on Twitch yesterday, but the above mentioned ones are pretty much all the important and major items. However, you can watch the entire stream over on Twitch to learn about everything mentioned, or in the embedded video below.

Please note: All screenshots are examples from the PC version of Minecraft and are being used as an example of what’s to come. The actual feature may look different when they arrive for MCPE.