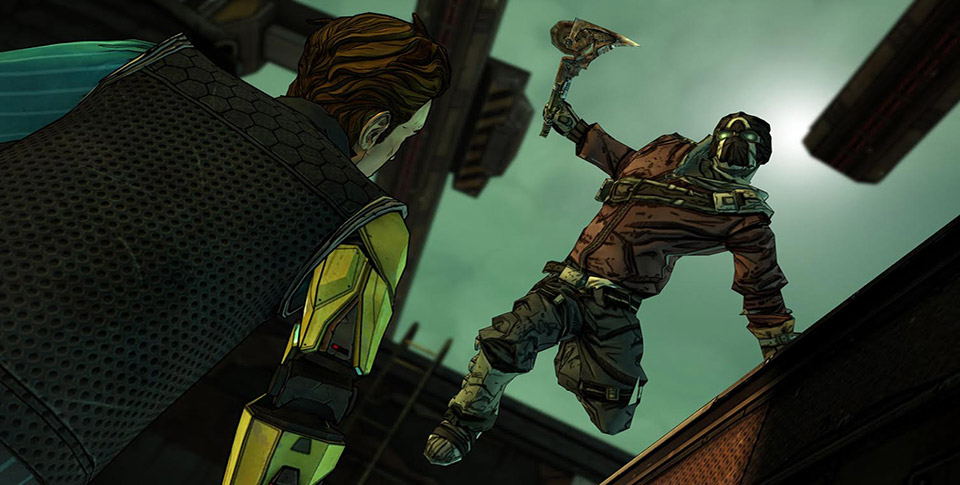 TellTale Games, makers of the gamified stories, has marked down episode one for Tales of the Borderlands to the ever popular price of free. Within this game/narrative, players will follow the story of Rhys who is a corporate executive type for Hyperion, and Fiona is a con artist. This pair, with disparate ambitions, are forced to work together to recover a load of cash that both are laying sole claim to.

The story takes place on Pandora and is set after the events of Borderlands 2. TellTale Games releases their stories in an episodic fashion, so this isn’t the entire game, as there are four subsequent episodes that still require purchase at $4.99 a pop, should you decide to play it all the way through. With their final chapter getting released later this month, they are offering all of them together in a “season pass” at a 20% discount.

That being said, this is a great opportunity to see what you can get out of an episode, and decide from there if you want to sink more money into it. It’s “try before you buy” now for this game. You can check out the new trailer below that TellTale Games has released to celebrate episode 1 going free, which also has a sneak peek at the season finale which is coming to Android on October 22nd.