Square Enix today has announced that their Lara Croft: Relic Run game has broken the 10 million downloads mark across all platforms its available on. To celebrate, the company has pushed out a new content update that brings with it a new stage, vehicle, weapons and more.

The new update adds a Mountain Pass location that players get to explore. Since this is a mountain area, the new vehicle added to the game is a snowmobile, which players can jump onto while trying to beat yetis and ice spiders. As for new weaponry, Lara Croft now has a new mini-gun she can use. This particular weapon will come in handy when trying to beat the new boss simply known as the “New Demon”. This boss shoots ice into Lara’s path, trying to make her crash with all the additional obstacles you will be trying to avoid. 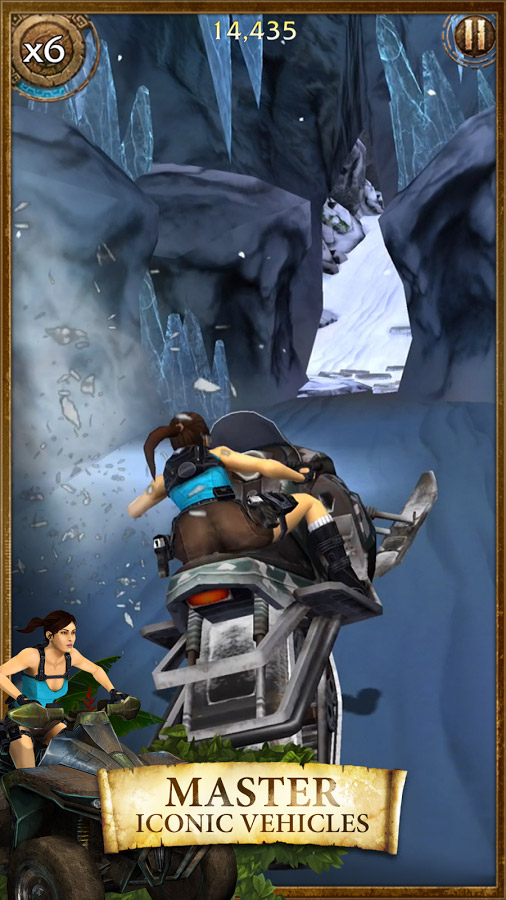 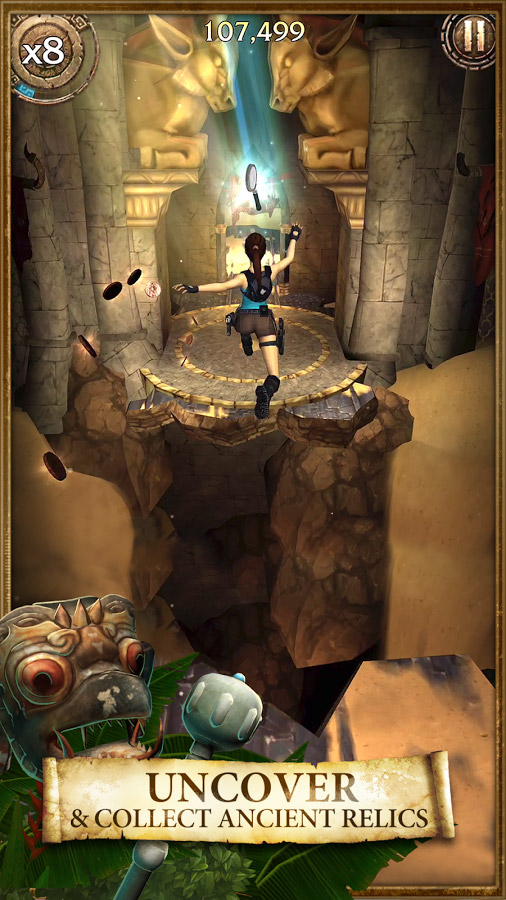 For new players, there is a new and improved tutorial to go through that will teach you the ropes. Other additions to the game include a new campaign map and campaign mode where players will need to work through levels to complete objectives and collect relics. These will eventually be used to unlock a new location.

This update is now live and available for download off of Google Play. If you don’t have this game and want to check it out, Lara Croft: Relic Run is available for free.