One thing about being in the video game industry is that you get to try a lot of alphas, betas (both closed and open), early preview builds, and so on. The same it true for any software industry really. It is always fun to try out something early and now Google is letting folks try out future features for their official Google App with the new Google Beta Program through Google Play.

The beta program is your standard beta sign-up through Google Play. The Google App is sort of the ‘headquarters’ for some of the company’s other features and applications such as Now Launcher, Google Now cards, and so on. As Google tweaks their application, you’ll be able to download the new version and try out some of the new features they are working on. 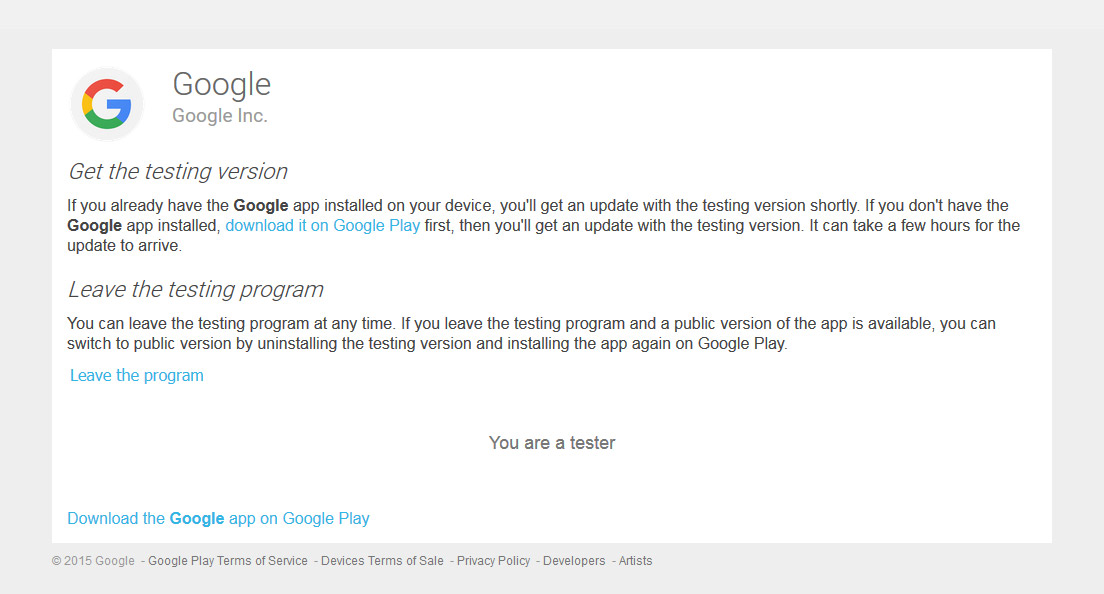 In order to sign up for the Google App beta, you just have to go through the link below, sign-up to become a tester (just like any other beta sign-up on Google Play), and then you are good to go. Your Google App will get updated automatically to version 5.4, which is the latest beta build. Then you will be able to download and fiddle with future builds as well. It would be cool if this happened with all of their apps. We would love to fiddle with beta builds of Google Play Games and so on.