Joycity launches Game of Dice for the Western market on Android 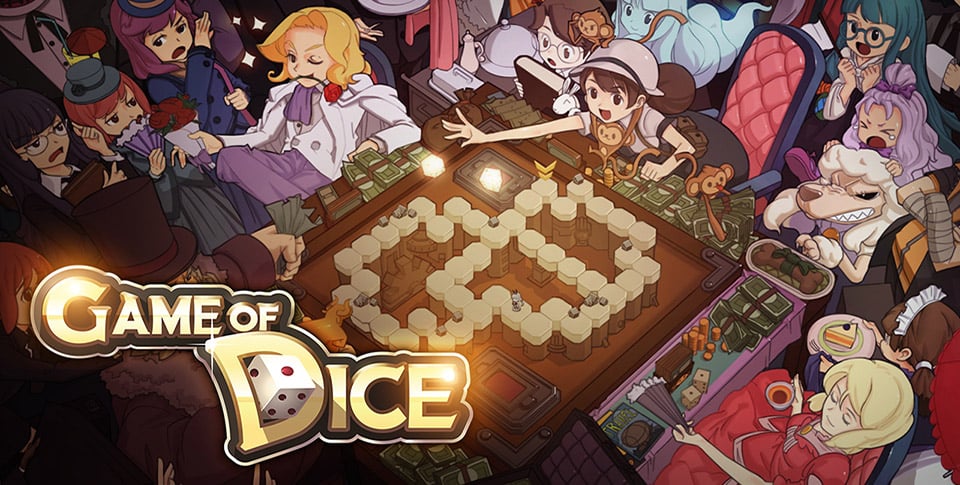 Over the last half a year or so Joycity has released a few games onto Android, such as Elemental Wings and Warship Battles, all of which have done pretty well since their releases. The company’s newest game is called Game of Dice and is a sort of mix between a board game, a TCG, and an RPG. It also has real-time multiplayer as well.

Game of Dice is an interesting hybrid title. The board game aspect of it is quite similar to Monopoly, but then you add in the Skill Cards and the RPG mechanics, and it makes for a pretty interesting game. Players will actually be following a storyline in single-player mode, which all about being the best in the world at the Game of Dice. The meat of this game is the multiplayer though, where you will be going up against other people around the world in real-time. Multiplayer also has two options: Single Battle (as in just you on your team), and Team Battle where you actually have another player you are working with to beat your opponent team. 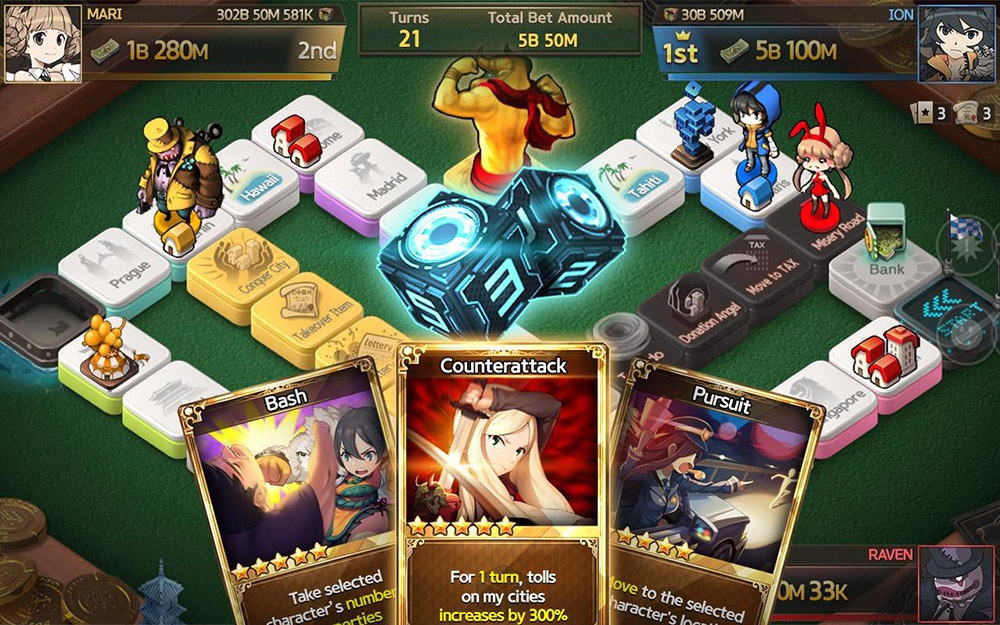 – Collect dice fragments to create a dice with unique abilities
– Each character will have different statistics, use the one that fits best with your play style
– Skill cards have distinct in-game effects, try to use the ones that suits your strategy
– Compete with other players worldwide in real-time
– Team-up or play in singles match in 4 different tournament modes, from Rookie to Grand Slam
– You can also use the chatting system and emoticons to talk with friends around the world

Players will be able to level up their characters, giving them a slight advantage in each game. You will also be able to create dice that also have unique abilities or perks to them. Skill Cards are abilities you can use at the start of your turn to try and give you an edge. Playing them at the right time is a pretty strategic part of the game. You can build your ‘deck’ of Skill Cards from ones you have collected or crafted. Winning a match means you’ve taken every other player’s money.

Game of Dice is now available for download globally off of Google Play. It’s been available in some regions in the East as part of a soft launch for a bit. Now players in the West can now play this as well. Downloading Game of Dice is free and this game also has optional IAPs as well. You can check out the game in action with the video above. Please note: You may or may not hear audio when watching the trailer.