The first time I saw The Magic Flute in action, my first thought was, “Please come to Android!” I got in contact with the developer and they said yes, there were plans to bring the game to android. So, I have been patiently waiting for its arrival. I was surprised to find out early this morning, that the game had quietly launched today. The Magic Flute brings together great music, art and puzzles. Lab Like, the game’s creator, has won a few awards for this game. You may not want to miss this one, because it is fun and creative in its implementation.

LabLike describes itself as a collective mind. It makes sense because LabLike is made up of two groups, Yes Eye Do (YED) and Luna Park. Together, they have created the beautiful and immersive game, The Magic Flute. Yes Eye Do is comprised of artists from around the world. Part of their vision is to “…bring new creative sensations and audiovisual experiences to the virtual and the real world alike.” Lunapark Motion Arts Collective is a team of filmmakers, animators, and designers and visual advertising is their forte. 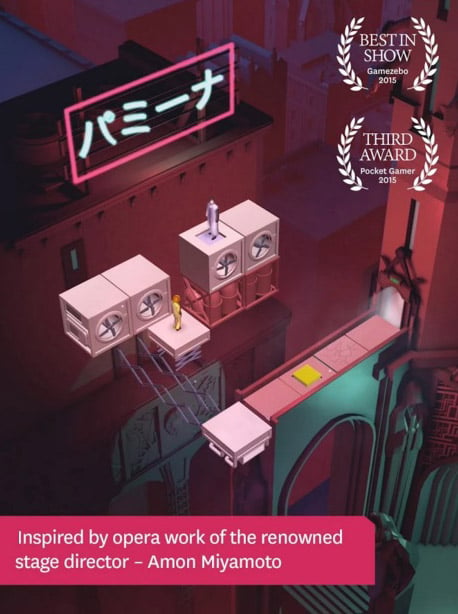 “It’s based not only on the iconic opera by Mozart, but a very particular staging of the said play. The Japanese renowned stage director, Amon Miyamoto, envisioned The Magic Flute as an allegoric trip through the virtual landscapes of a video game.” – Lab Like

At first glance, some of the art will remind you of Monument Valley, created by USTWO Games. However, once you start playing the game, you will find that this puzzle adventure is engaging on a totally different level. It takes what Monument Valley does so well and enhances it with unique level design and story, the captivating music of Mozart, and wonderfully rendered cut scenes.

“Enter the Kingdom of the Queen of the Night. Start your journey through the lands of mystery and magic as prince Tamino. Choose your steps wisely, build your path avoiding traps, deadly serpents or earth quakes. But know no fear, lose no hope and remember that you are the master of your own path.” – Lab Like 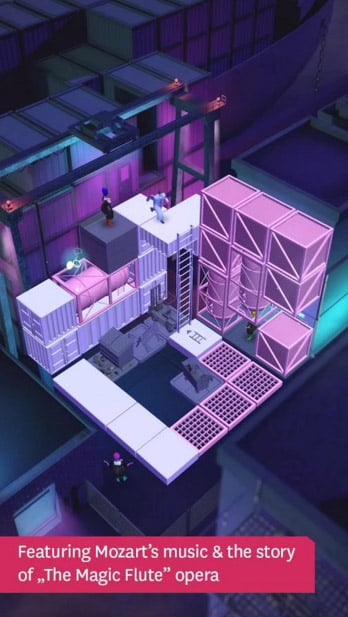 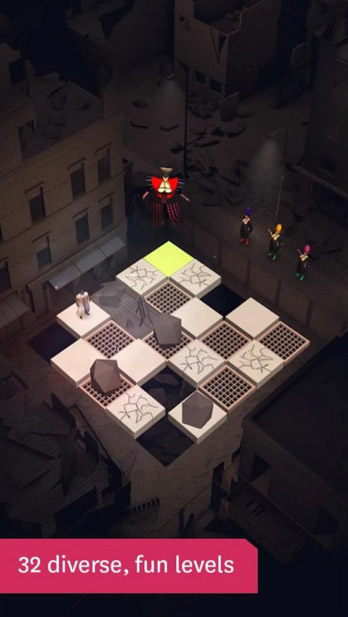 I have only had a little time with The Magic Flute as it just became available to download. However, the quality of the game can be seen throughout the levels, menu screens and overall art direction for the game. The game looks amazing on my phone and my tablet. Primarily, you are trying to get one of the three characters to the exit on each level. You will be swiping and moving tiles. Some areas you will have to revisit to unlock certain things in one portion of the level to make another area available. There is also a clock associated with each level. The sooner you make it to the exit, the better your chances are for 3-starring the 32 levels that are available in the  First Act to play. In the menus we find that Act 2 will be forthcoming. I hope so, based on the fun I have had thus far with the game.

The Magic Flute is integrated with Google Game Play Services with Leaderboards and 23 Achievements to unlock. The game is currently on sale at 50% off for $1.99 This price will be available until November 20th. Look, don’t delay in picking this one up. It is well-worth the price of admission. Especially if you are a fan puzzle games. I know, I know. As gamers, we can be a skeptical group at times. If you fall into that overly cautious bunch, which isn’t a bad thing, there is a free demo available too. We will include the links to both below. First, check out the wonderful trailer. Hopefully it will convince you to give this award winning game a try.

I am going to keep my eye out for whatever Lab Like is working on. Based on their initial foray into gaming, it looks like they have quite a bright future ahead of them.