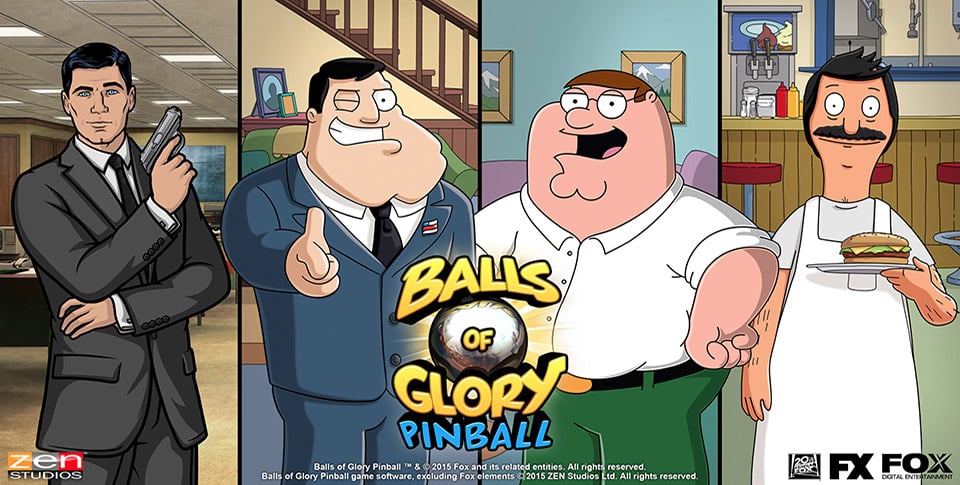 Back when we reported on the upcoming Archer pinball table for Zen Pinball, we mentioned that it would be part of a collection of tables heading to Zen Pinball soon called the “Balls of Glory” pack. Well today Zen Studios announced that the Balls of Glory will be unleashed onto the pinball world this week.

The Balls of Glory pack comes with four new tables all themed around popular TV shows, those being American Dad, Family Guy, Bob’s Burgers, and of course, Archer. While you can expect plenty of those TV show’s main characters to appear in each of their tables, they also feature voice talent and sound effects from those shows as well. This is on top of all the other features that come standard with a Zen Pinball table, which includes plenty of high-end 3D visuals and animations, lots of ramps, bonus games, hotseat multiplayer, and more. 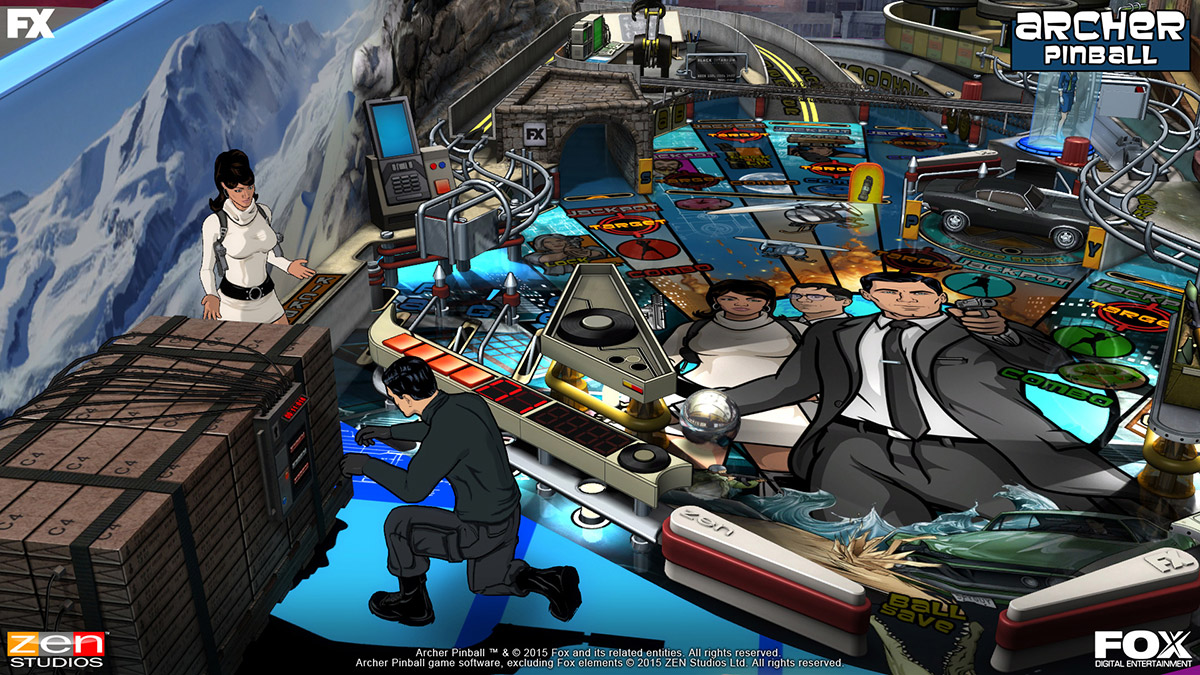 Twentieth Century Fox Television has a long and storied history with beloved animated properties, and we are on a mission to take pinball players to the Danger Zone and beyond. These brands have a ton of great characters and their creative prowess translates very well to the pinball genre. – Mel Kirk, VP of Publishing at Zen Studios

The new pack of tables is now available for Zen Pinball on mobile, which includes both the Google Play and Amazon Appstore versions. While console and PC gamers will be able to play the new tables today and tomorrow, Android gamers will be able to grab their Balls of Glory on October 22rd. You can check out the new trailer below. We will post a quick update once the pack is available for purchase.