Back in August of this year we reported on a rather cool device called the Touchjet Wave. What this device does is turn your current HDTV into a giant touchscreen Android tablet basically. One of the issues some people pointed out was that this would lead to a ton of finger prints on your TV, especially with kids, even though you don’t actually have to touch the screen for it to register as a tap. Well it looks like Touchjet decided to make a new device that solves this problem called the Touchjet Pond.

The Touchjet Pond is a projector that connects to your Android device, turning any flat surface (Walls, Ceilings, etc) into an 80″ touchscreen Android tablet. Instead of using your finger though to register taps and what not, you will be using a stylus instead. While you can connect your Android device to the Touchjet Pond, it isn’t necessary either, since it comes with Android installed on it. So if you want to, you can download games and apps directly onto it instead. 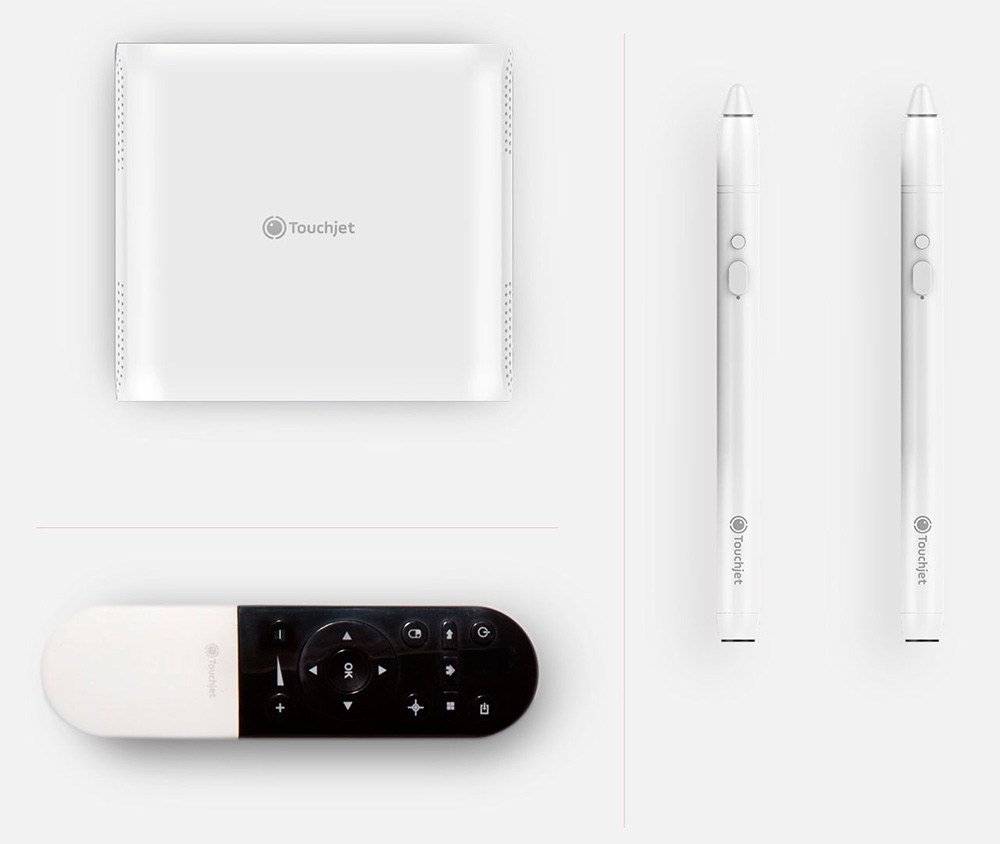 While you can play Android games with this, you can also use pretty much any application as well including Netflix, Skype, etc. As for the device’s size, it weighs in at about the size of a day planner, which means it’s pretty portable as well. If you happen to buy one of these, you’ll get the actual Pond projector, two stylus pens, and a remote.

If you want to buy one of these, you’ll be able to do so off of the Touchjet website as well as from BestBuy. It’ll cost you $599 to snag one of these.