DroidGamers Daily Deal: Learn coding by making games with Unity3D for 82% off

Back in the first half of October, one of the Daily Deals we had was a game development course bundle which was on sale. A lot of people were interested in that bundle, especially since it offered a lot of focus on using Unity3D which is great for cross-platform game development and is one of the more popular game engines to use when making games. Well that deal is back for those of you who missed it last time.

Unity3D is very flexible, allowing you can make a browser game, for example, and then compile it for Android and iOS as well. Of course you would need to tweak the controls to work on a mobile device. Same goes for other platforms as well, or in reverse. Make an Android game, then compile it for iOS as well, or browsers. Or you can use it just for the platform you want to make your games for. This course is all about hands-on learning using Unity3D. 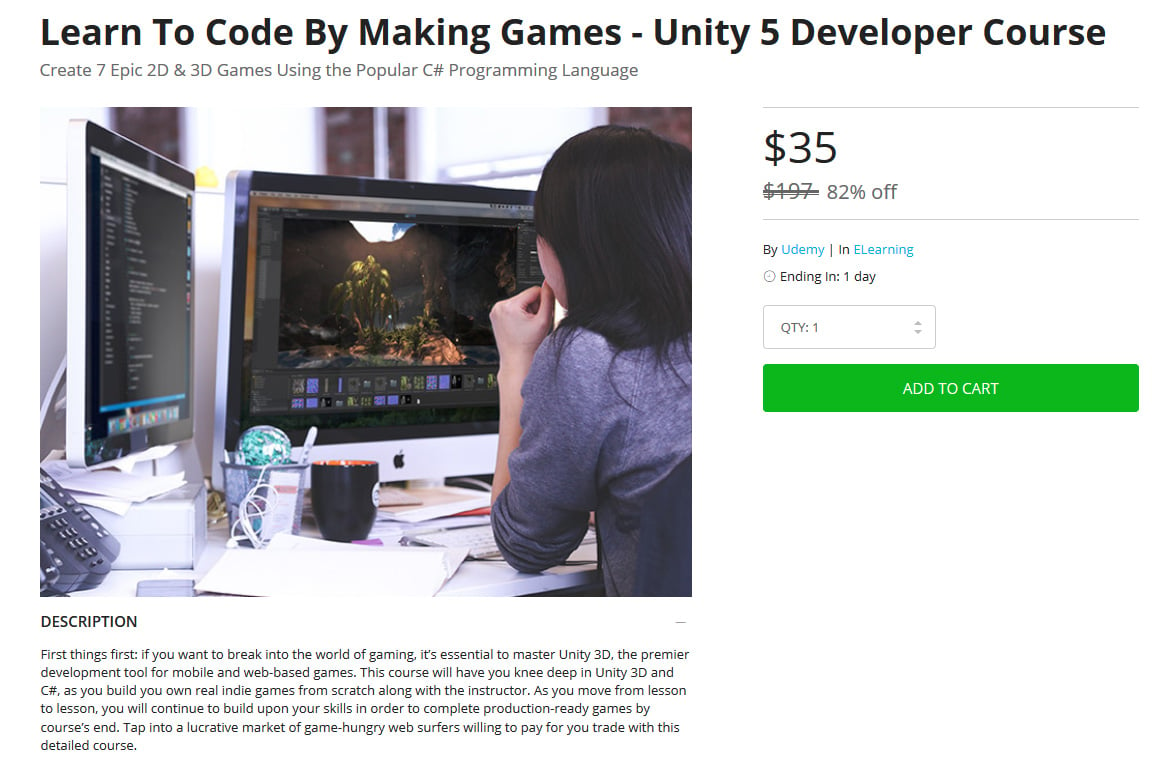 If you missed your chance to snatch up this bundle when it originally was made available, you now have another opportunity to snag a copy of it. It’s the same price as last time as well. Regularly priced at $197, it is currently on sale for 82% off, costing only $35. However, this sale is only for the next 24hrs, then it’ll go back to its regular price once again.

DroidGamers Deals: Learn to code by making games with Unity3D