FlipChamps is a rather interesting looking arcade game from indie developer Brad Erkkila. This particular retro-style arcade game features fast-paced heads-on gameplay where you try to get the highest score while attempting to survive against your opponent as long as possible.

Players will take control of their little character, flipping and jumping back and forth between the platforms across and above them. As they do this, they will be collecting what looks like little atoms, gaining points from doing so. As you criss-cross with your opponent, you are also essentially attacking them. When you or your opponents health reaches zero, that person dies. 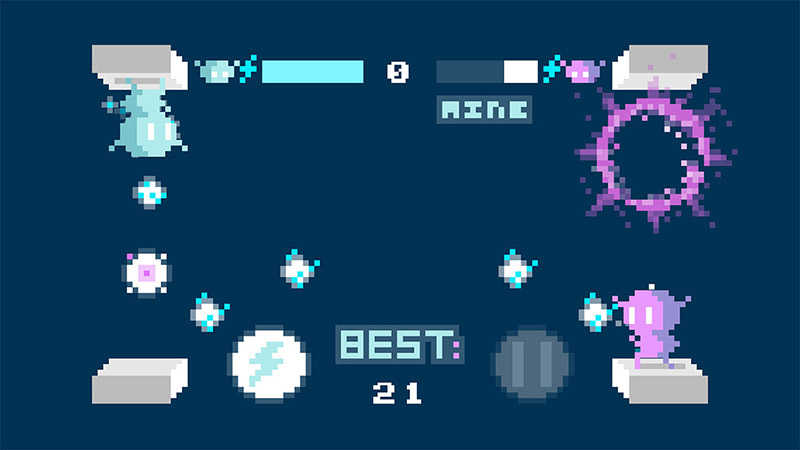 FlipChamps will be free when it arrives onto Google Play with no IAPs either. Instead there will the occasional ad to help support the developer. As for the game’s release, right now we just know it will be coming in December, but have no specific date just yet. In the meantime, you can check out the crazy action in the trailer below.