A couple of days ago we reported on NetEase hosting a free concert at this year’s PAX Prime which will be featuring Steve Aoki. Now we are reporting on NetEase’s upcoming line-up of mobile games as well as the company’s new closed beta program for the Western market. The concert is to celebrate NetEase’s upcoming first western mobile game release, which will be Speedy Ninja, but the company has a lot more planned for the future.

[UPDATE: Wednesday, November 11th, 2015 – 10:27 PM, PST] If you didn’t get a chance to take part in the closed beta for Eternal Arena, that’s okay. NetEase has released Eternal Arena for Android devices today. The game is free to play, and does include optional in-app purchases. If you want to play this action/RPG, the link to download the game can be found just below the portion of this article talking about the game. The trailer for this game can be found at the bottom of this article.

The closed beta program is pretty straightforward. The new games heading to mobile devices in the near future will be entered into a closed beta testing phase, and with NetEase’s new program, there will be a few lucky gamers who may end up getting selected to try out these games. Each game will have its own pre-registration for gamers to sign up, and hopefully get into, that particular closed beta.

As for NetEase’s upcoming titles, the company revealed today three big releases they have been working on, all of which are targeting the mid- and hardcore mobile gamers. All three games are RPGs, with two of them being Action-RPG titles and the third being a Strategy-RPG.

This particular game has players training a team of three heroes, equipping them with various armor and weapons, to battle the army of dark monsters bent on bringing the world of Etryna to chaos. There will be over 35 heroes to choose from at launch with 15 different game modes, all of which will have players strategically choosing formations and executing fast-paced battle combos and commands. This game incorporates a lot of MOBA type of mechanics and maps as well. 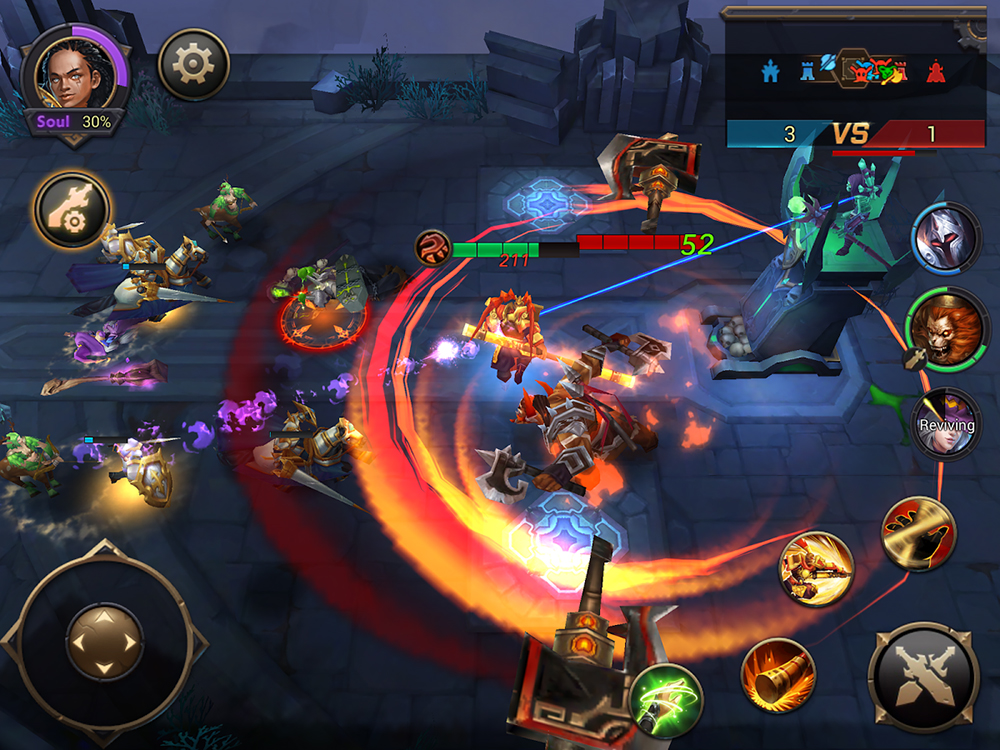 As for multiplayer gameplay, Eternal Arena feature PvP matches as well as Guilds that players will be able to create and join, Guild Wars so you can fight other guilds, and co-op missions for players to team up with other players and complete. Eternal Arena is the first game to also be entering NetEase’s closed beta program for the Western market, and begins this week as well.

Tome of the Sun (Action-RPG)

This game is a more MMO focused Action-RPG in that there are a lot more multiplayer mechanics in this particular title. Players will take on the role of cute, childlike wizards tasked with rescuing the Tome of the Sun which will restore harmony across the world. You will be leveling up your character, equipping them with new weapons and other items along the way. Pets are also a big thing in this game, with players being able to collect and command pets from over 50 different pet types.

Since this is a multiplayer focused title, Tome of the Sun will come with PvE dungeons and boss missions, as well as PvP Ranked Arena matches and Clan Wars. This game is currently still in development and while it isn’t in the closed beta program just yet, it will be in the near future.

The last game NetEase revealed is a game called March of Heroes. This game is a blend of resource management, city building, and strategy combat. Players will take on the role of army captain and fund, equip, and train a league of over 30 heroes. Each hero also has their own legions of swordsmen, archers, mages, and more.

Players will be farming and mining for resources, building structure and researching technology for better troops and resource management. You will also need to build defenses for your city and an army to fight off enemies as well as taking over other regions. March of Heroes has a few different game modes to play through including Campaign, Arena, and Endless Tower.