Call your own plays just like a coach would in Pro Strategy Football 2015, now out for Android

For fans of football that appreciate the strategy and planning that go into the sport, Pro Strategy Games has released a new game that will help scratch that itch: Pro Strategy Football 2015. The game is less about executing the plays by controlling players, and focuses more on calling the appropriate play for a given situation. Players are encouraged to size up both their own roster, as well as that of their opponents, in order to exploit potential weaknesses and advantageous match-ups.

Much like football can be, players can do everything right and still not see things go their way in this game. Pro Strategy Football also has a high level of granular control, as the developers mention that players can customize any play on any (or every) down, offense or defense. This game goes so far as to allow an entire range of control. On the casual end of the spectrum, players can function much like a coordinator would, simply calling plays and watching their outcome. For the die hards, there’s hardcore mode where players can “choose your formation, your play, even down to the pass pattern, and hold back extra blockers to pick up a blitz, or send them out to attack zones”. 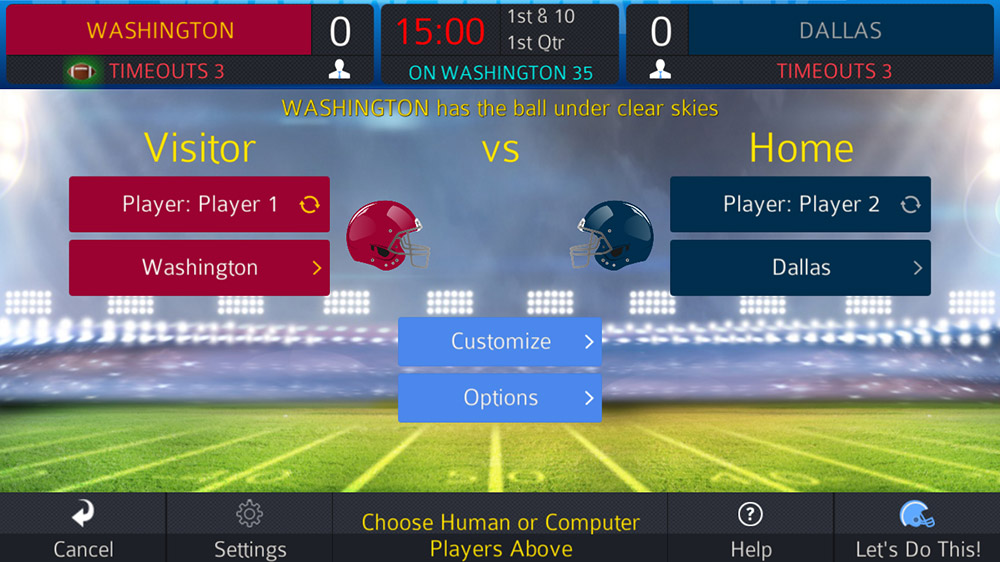 – save as many games as you like
– Turn off animation for an even faster game, but still replay any play you want to see
– Play in clear skies, rain, or the snow (and turn the particles on or off)
– Manage the clock! Tell your players to try for the sidelines
– Randomness and real ratings make every game different! Dont get frustrated if you had too many penalties that game, or if your QB was off – play a rematch!

In addition to playing against the computer, there is also a pass-and-play option so games can be played between friends. Pro Strategy Football also tracks the players that perform the best in a given game, as well as on the season, so whether it’s consecutive 100 rushing games, 2,000 yards passing, or a streak of games without throwing a pick, league leaders will be tracked. 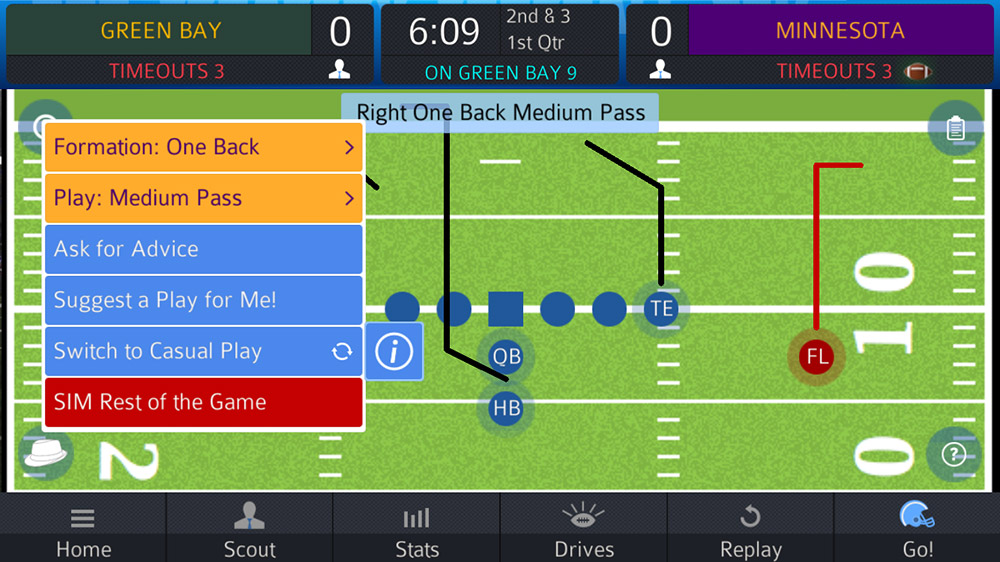 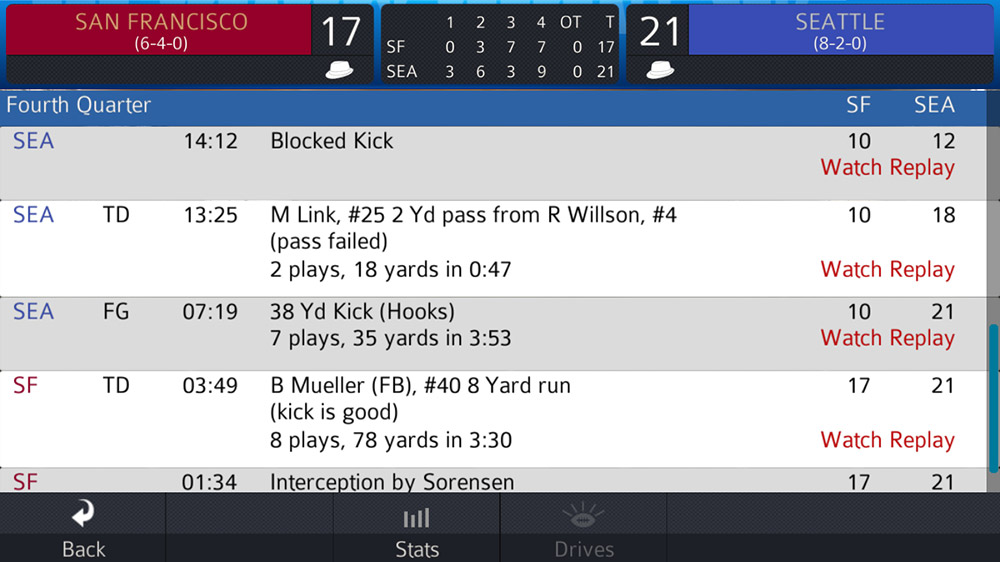 The game also includes helps that will describe how a play is supposed to work, and what both the pros and cons are of running it. The AI will also offer recommendations (on demand) on what play to run in a given situation. Pro Strategy Football 2015 is available now from Google Play for a flat fee of $4.99 with no IAPs either.