The rather popular MMA management game from Bit by Bit Games, appropriately called MMA Manager, will be getting a free version released onto Google Play next week. In the game’s current form, there is only the premium version which costs around $2.93.

For those of you not familiar with this game, MMA Manager is pretty much as the title suggests. Players will be dealing with all the aspects that come with managing your own MMA fighters. This includes upgrading you office/gym, buying/upgrading equipment, managing income/outgoings, recruitment, training, and so on. On top of all of those activities, players will also have to manage the fights as well, including being a part of different fight leagues. 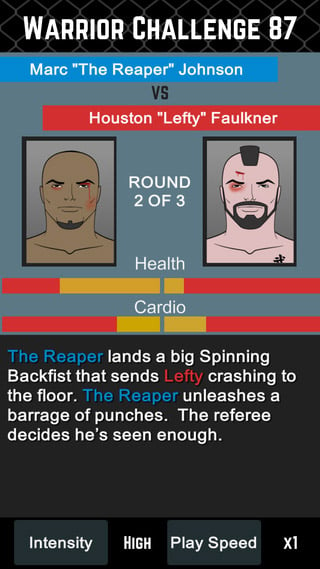 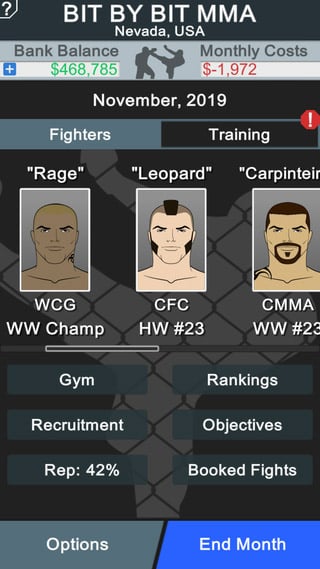 One interesting aspect about the free version is that the developers have integrated ad support into the game. While that alone isn’t that interesting, what is interesting is how they have done it. The developers have integrated the ads in such a way that it should almost not be that noticeable, keeping with the flow of the game. Before a fight players will see a banner ad, just like you would when watching a sporting event on TV. All the sponsors have commercials etc playing before a fight. In the game, you’ll have a static banner ad instead.

That’s pretty much the only real change between the paid version and the free version, the introduction of ads. Other than that, it is pretty much the same. For those of you who wanted to play this game but wanted to try it out before spending $3, you’ll be able to grab the free version off of Google Play on Nov. 18th, 2015. Then you can either play the game all you want, or buy the paid version so you don’t have ads.