Android developers will have a new option for their applications and games starting next year that will add an official ‘Ads’ tag to their products on Google Play. This was originally announced back during Google I/O where games and apps in the Designed for Families program have had an “Ad-Supported” tag in their listings. Now Google is ready to expand this to all Google Play games and applications.

This isn’t an optional feature either. Starting January 11th, 2016 developers will be required to log into their Developer Console on Google Play and declare whether their apps and/or games contain ads of any kind. This includes, but isn’t limited to, ads delivered through third party ad networks, display ads, native ads, and/or banner ads. If you have ads, you have to select ‘Yes’ where it asks you in the Developer Console. 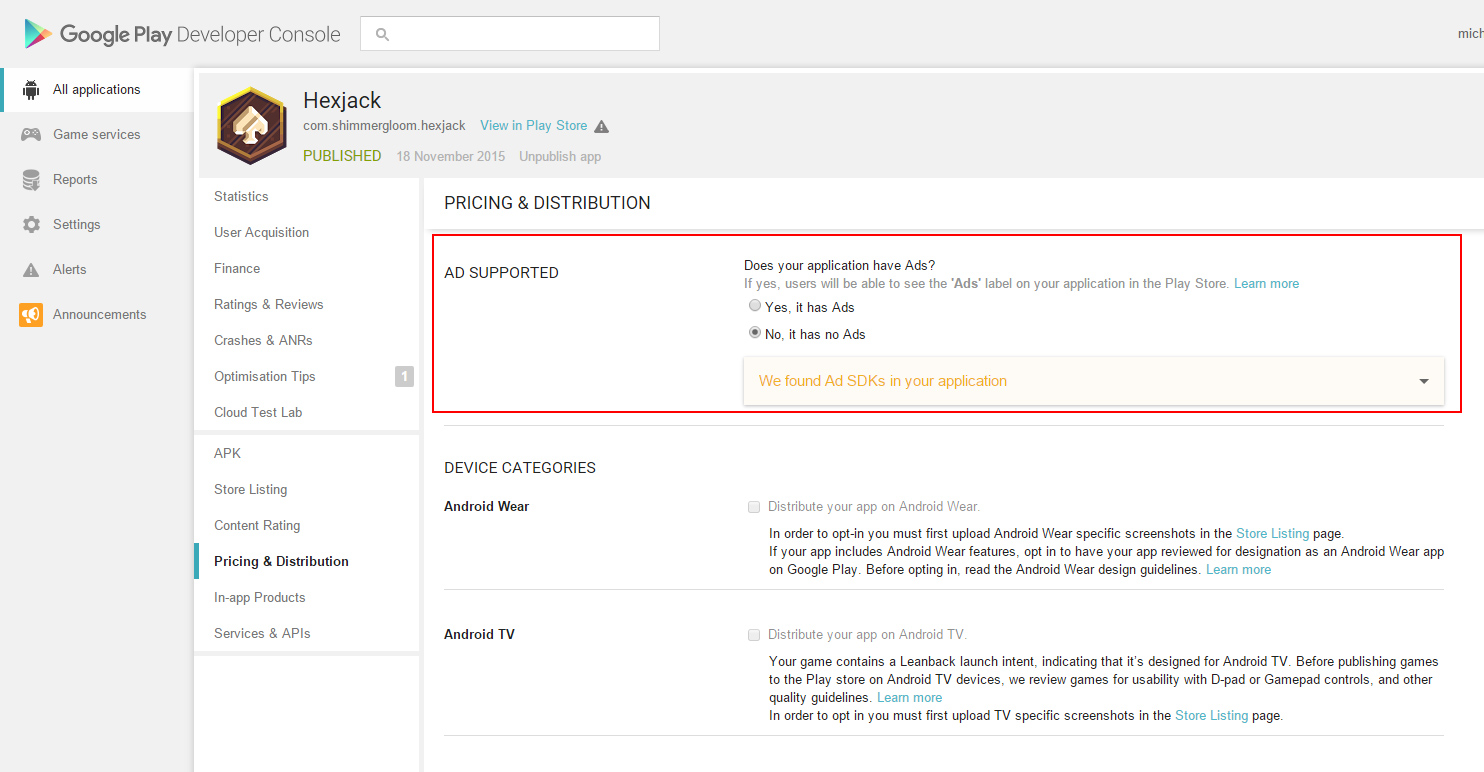 If you are thinking about saying No in the Developer Console and actually do have ads, this will violate the Google Play Developer Program Policies and could result in your account being suspended. While you are responsible for accurately declaring whether there are ads or not in your apps, Google may verify this at any time and display the “Ads” label if appropriate. So something to keep in mind between now and January 11th, 2016, whether it be existing or future app or game releases on Google Play.

Thanks to Michel Morh for the heads up!