Set to be released by Aquiris Game Studio, Horizon Chase is finally coming to Android. The game takes inspiration from more classic racing games that were in the 8- or 16-bit eras, and uses a “reinvented” 16-bit style for its graphics. According to the developers, “We chose to look for the simplicity and beauty of a low poly technique for the visual aspect of the game. The usage of secondary and complementary colors result in a unique and harmonic atmosphere that clearly portrays the game’s retro soul on a completely modern body.”

[UPDATE: Wednesday, November 18th – 9:08 PM, PST] The colorful racer with the throwback visual vibe is now available in the Google Play Store. This game has been getting rave reviews, so we are excited to finally test it out. The game is free to download, and does include one in-app purchase for $2.99 to unlock the full game. If you choose not to unlock the full game, you are able to play 5 of the tracks available in the game. The link to download the game can be found at the bottom of this article.

In Horizon Chase, players will choosing a car of their choice before racing in a variety of cups on tracks around the world. Players will look to upgrade their race cars, as well as replace them with better models, in order to keep up with the competition; the game features a total of sixteen cars. The soundtrack was done by Barry Leitch, who’s known for Turbo Challenge 2, Rush, and the SNES’ Top Gear. The soundtrack is an upbeat and techno-based score, so I suspect that it will fit the feel of the game. The game features seven different control schemes, so players should be able to find a control scheme to their liking, and should cover everything between Bluetooth controllers and accelerometer. 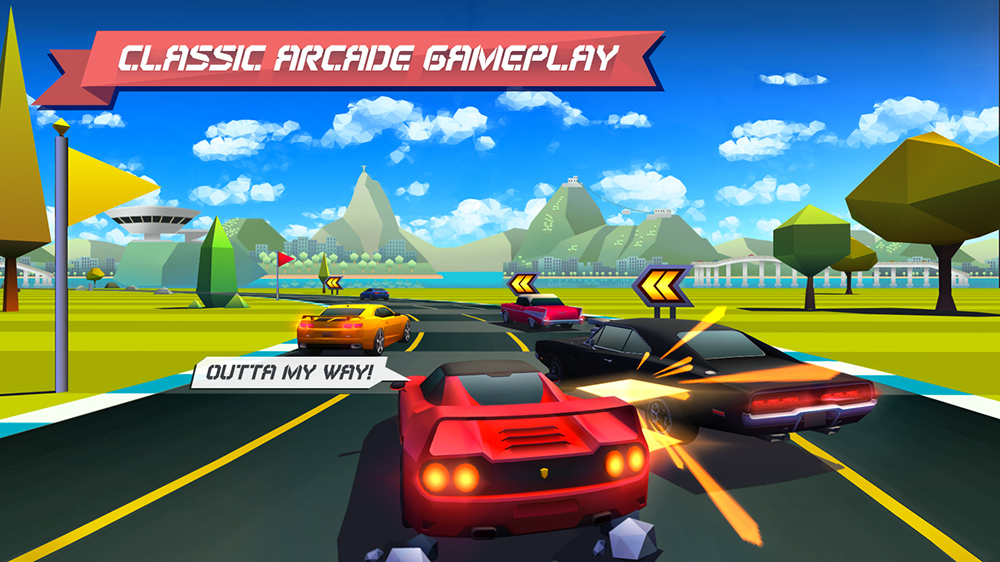 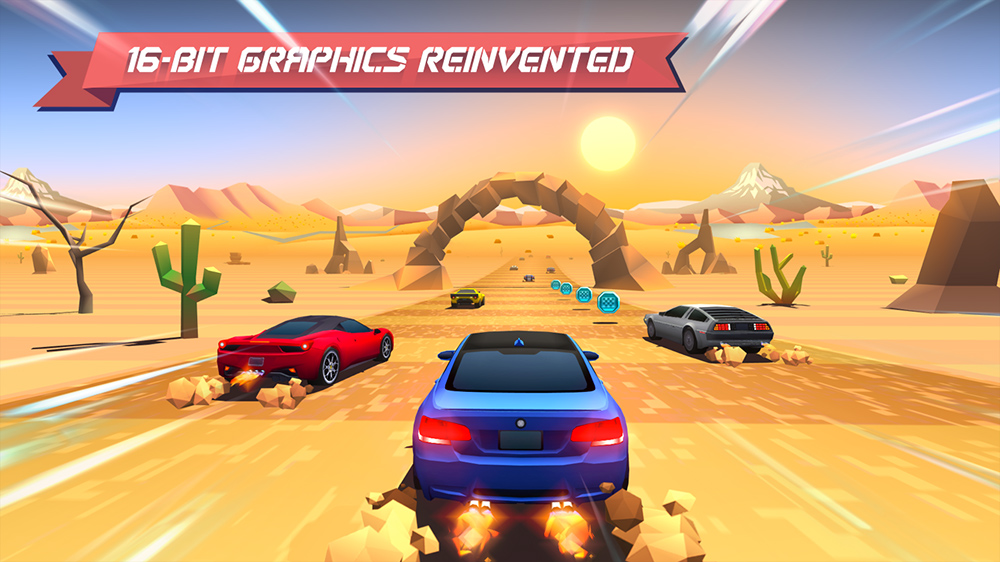 Horizon Chase allows players to try the game before purchasing. Players will be able to play five of the eight circuits before purchasing. For those that like the game and want to purchase it, here’s what you’ll be in for: USD$2.99, EUR€2.99, CAD$2.99, GB £2.99. Horizon Chase will be available on November 19th. You can check out the game’s trailer for Android in the video below. 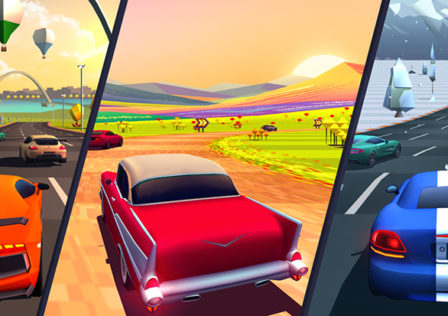