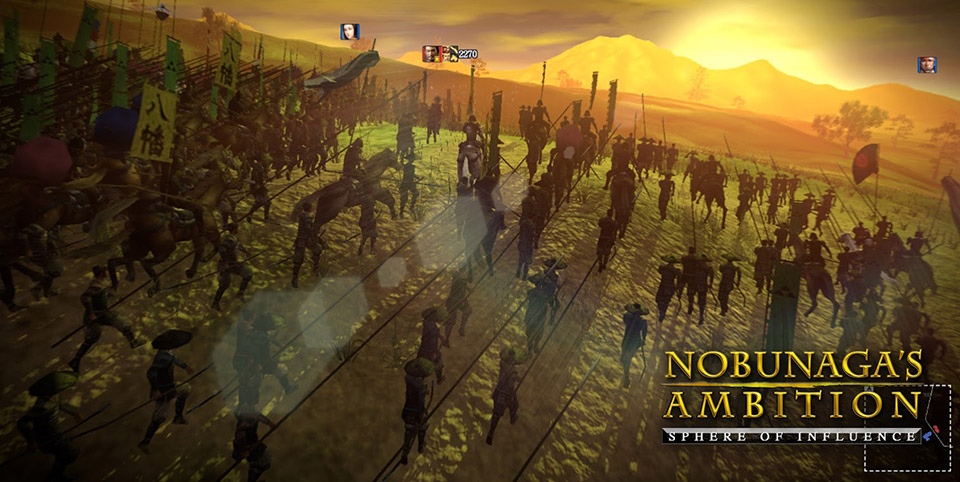 You’re not forced to play as Oda Nobunaga himself – there are several officers to choose from, as well as maiden officers who were princesses of the clans or alternatively you can create your very own custom officer. Whoever you choose, the task remains the same, namely the unification of Japan… no easy feat.

The scale of the task calls for a game of equally sweeping ambition and complexity and that’s precisely what you get. In fact, Sphere of influence is the latest epic turn-based strategy game in a series that spans three decades and 15 major title releases. 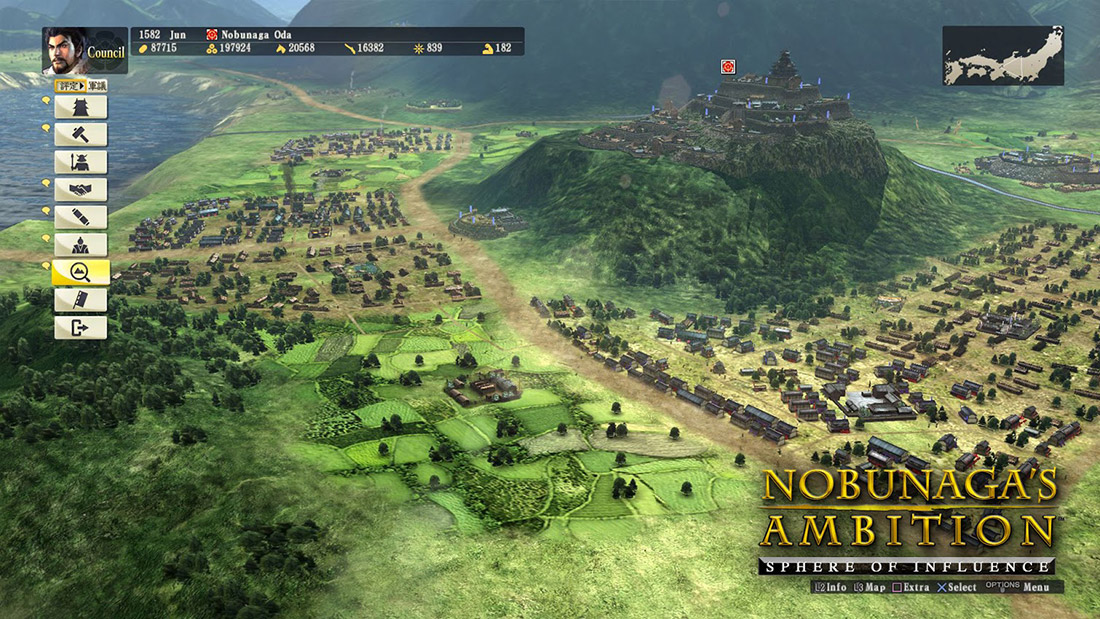 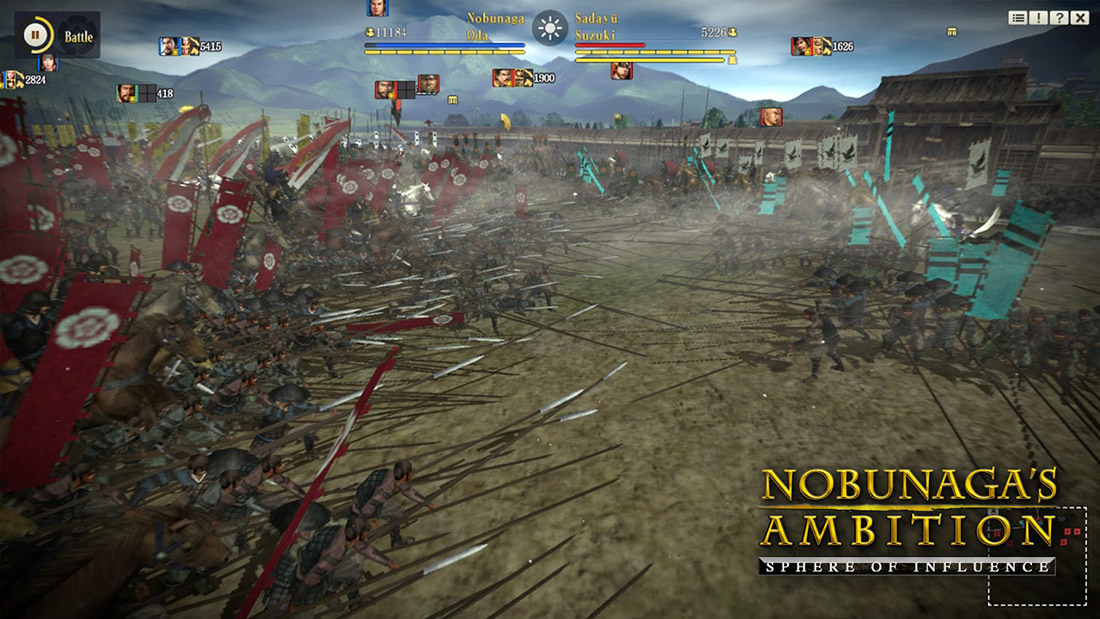 In Sphere of Influence, after initially selecting or creating an officer, there are three main areas of expertise to be mastered. Creation describes the act of building up your district, building farms, businesses and a road system to create and build a thriving economy. This builds your clan’s respectability, which then enables you to seek trade agreements neighboring fiefdoms.

Diplomacy also plays an important role in becoming a successful leader and victory in the game. Although the ultimate idea is to unify the country, this cannot be done through military action alone and there is an extremely broad range of diplomatic options available to you. At basic levels it’s important to gain and keep the respect of your subordinates. But you can also strike up diplomatic relationships with rival officers, strengthening bonds through strategic marriages, agreeing treaties and so on, all the while employing spies to get the upper hand in intelligence. 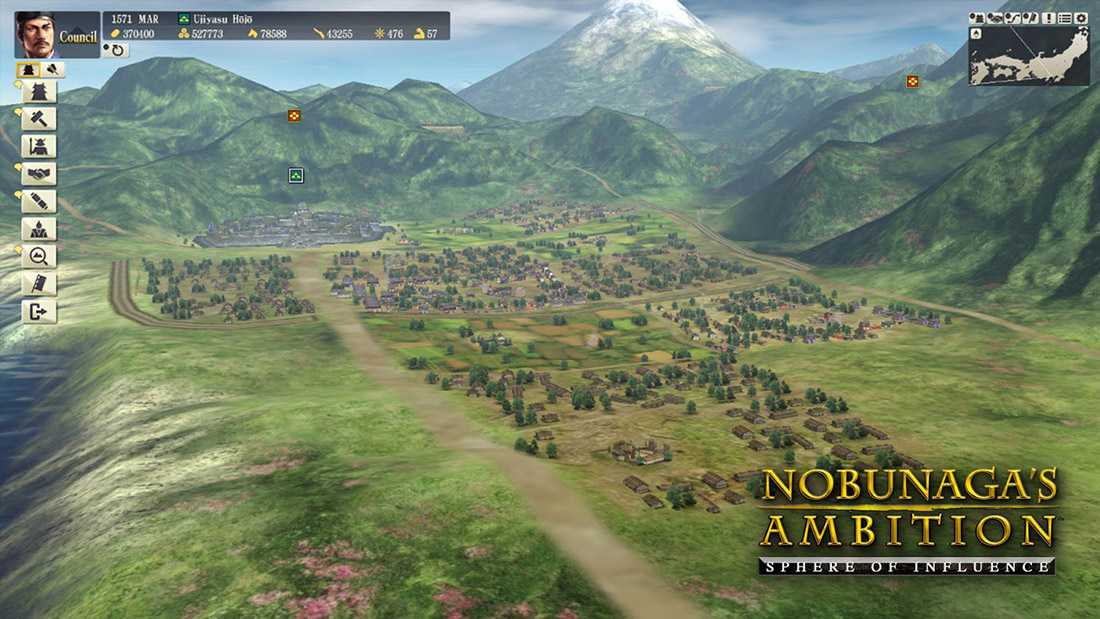 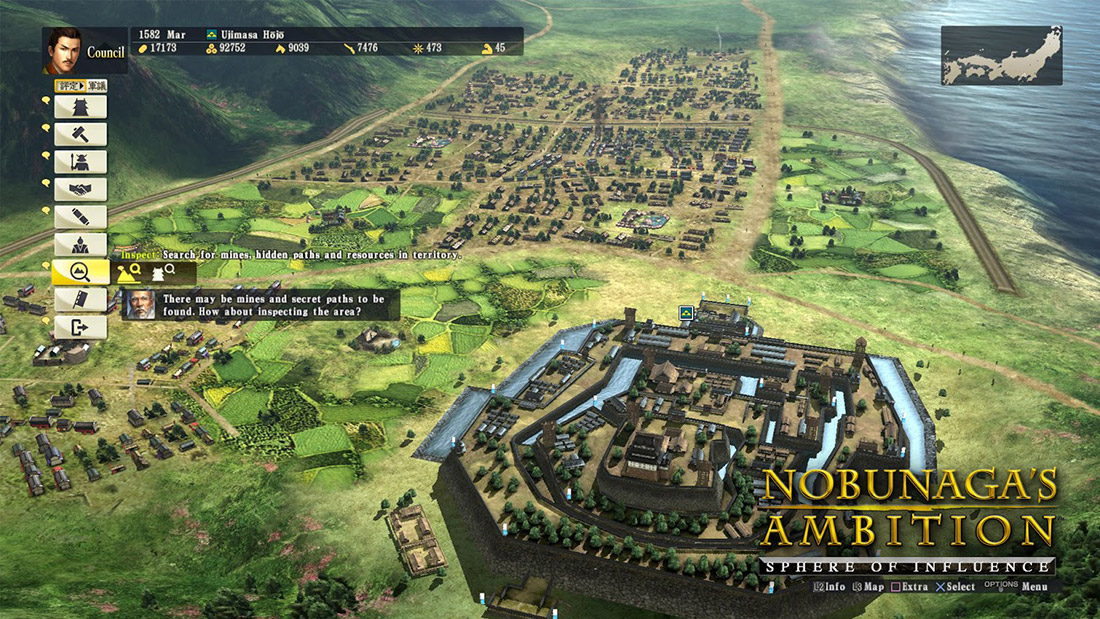 Alongside this, of course, you need to prepare for war. Strengthening your defenses by erecting fortresses and castles will yield greater numbers of troops and officers, which you can subsequently train and then deploy to further your goals.

It’s a complex and challenging process, perhaps overwhelmingly so to begin with, but perseverance will enable you to gradually unveil all the rich subtleties of the gameplay and fully appreciate the scale and splendor of Japan’s Sengoku (or Warring States) period of history. For those of you interested in picking this game up, Nobunaga’s Ambition: Sphere of Influence is available on Nvidia Shield devices through GeForce Now for $59.99.