Score! Hero is another winner from First Touch Games, now available for download on Google Play

First Touch Games is known for their successful soccer games available for Android devices. Their games have good graphics, easy controls, and are generally quite fun to play. Score! Hero is their latest game. If you enjoy soccer/football, then you will enjoy playing Score! Hero.

What I like about Score! Hero is that you don’t have to know a lot about Soccer to enjoy the game. If you are a soccer enthusiast, you may find the game a bit limiting. If you give the game a chance, you will find out that the game is well-polished, enjoyable, and great when it comes to integrating your character into the game, which I applaud.

Score! Hero, like some of the other First Touch Games, puts you in certain game scenarios. You won’t be playing full games here, and that is part of what makes the game fun. You can hop right into it and play a level or two, while waiting at the doctor’s office, or during your lunch break. If you are a busy person like I am, you appreciate being able to get some quick gaming in, and getting back to your other tasks. 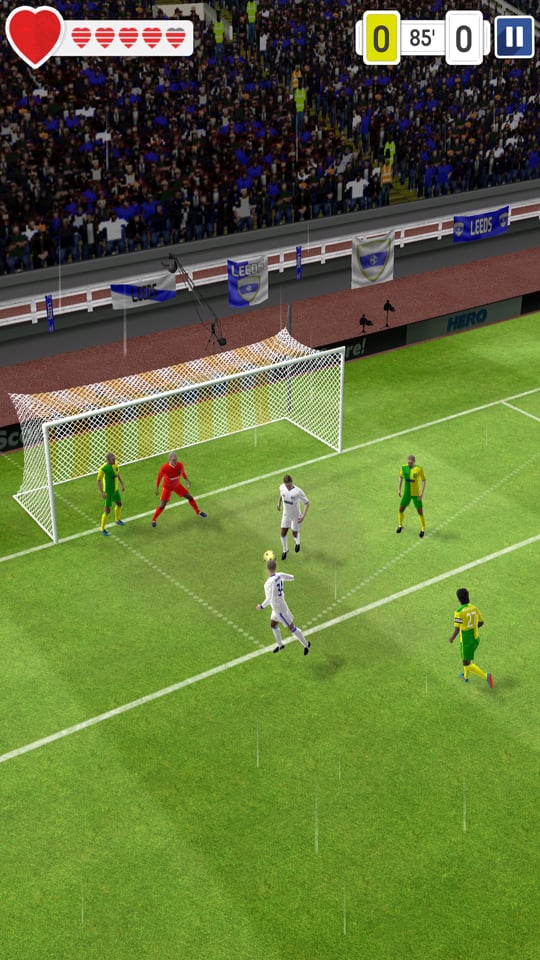 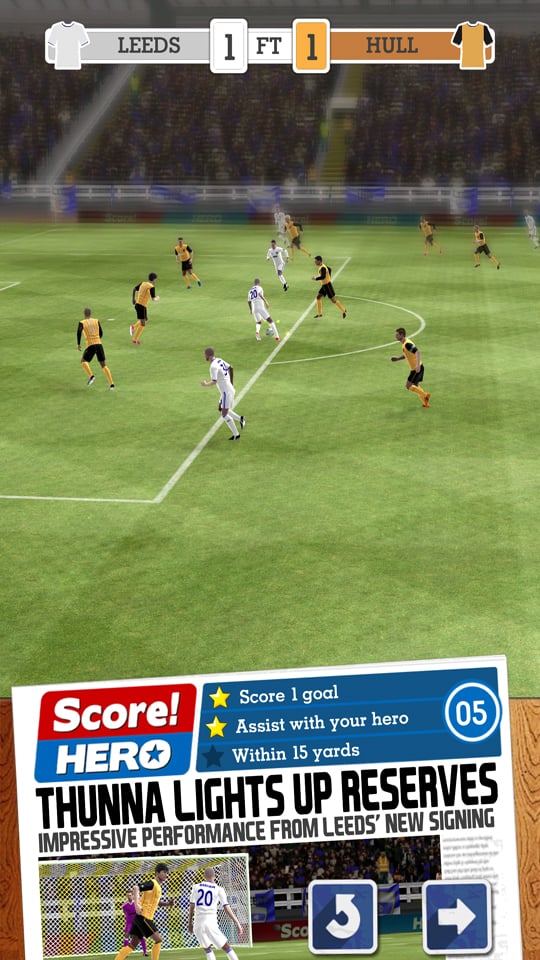 The controls in Score! Hero are perfect for mobile devices. You simply draw the path to the goal, or your other teammates. It typically results in drawing three or four paths , as you pass the ball to your teammates before making the final score. While drawing the paths are not too terribly difficult, sometimes, scoring a goal is. This is where the challenge comes in. Whether you are attempting a free kick, or trying to bend shots into the top corner of the goal, you have to draw that line precisely to be successful. Most of the time it works quite well, and other times, you may be repeating the level a few times.

What is really impressive about the game is the integration of your character into the season. You start off as a rookie and work your way up. After giving your character a name, prepare to follow him throughout the 200 plus levels. I have played First Touch Games before, so I expected there would be plenty of content. However, I had forgotten how neat it is to see your character’s name and likeness show up in the news stories that surrounded your latest heroics.

Each level begins with where your club is in the season. After you have proven yourself, the coach gives you the opportunity to play more. The players take the field and the game begins. You see your team running up the field and the action stops. From there, you have to determine where you are going to pass the ball next. There are a few options, but most of the time, there is a star above the player’s head that you are supposed to pass the ball to. Expect plenty of defenders to be lurking by. After you have drawn the path to your next player, the game goes back into viewing mode, where you see the results of your actions. It really makes the game more immersive. You continue to pass the ball until you are ready to take the shot. There are three different goals that you are expected to obtain in each level. This is the equivalent of three starring each level, that is popular with most games. If you are successful, you get a star with each accomplishment. Stars allow you to unlock other seasons. 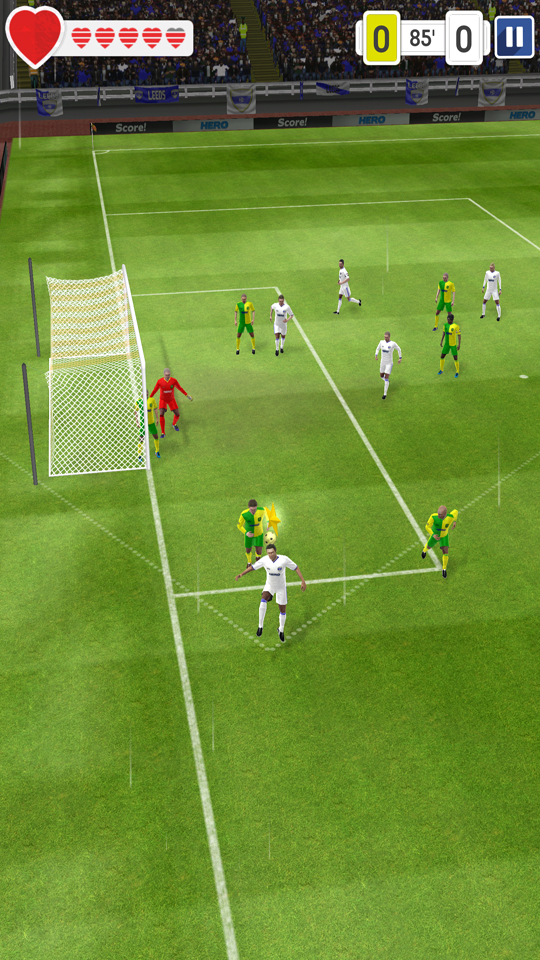 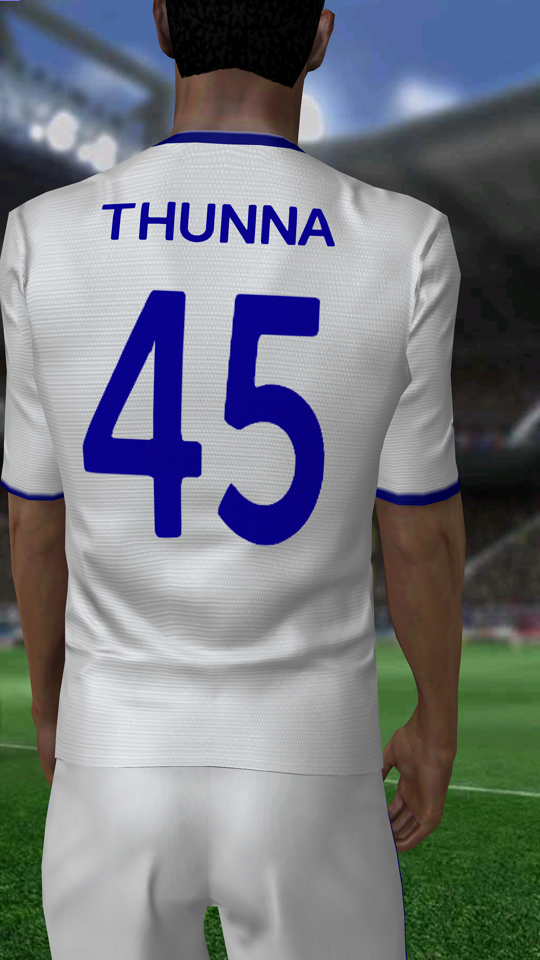 Score! Hero is a free-to-play game. I have not found the free-to-play mechanic to be a problem with this game. If you are successful with achieving the goals in each level, you are given stars and bucks. Bucks are used for rewinding game play to try to take another shot, or, they are used to customize your character with different hair styles, shoes, etc. There is the equivalent of an in-game energy meter using hearts. There are five hearts. Each heart is broken up into four sections, meaning each section is a life. Basically that equates to twenty lives. If you miss a shot to a goal or passing to one of your teammates, you lose a life. This is where that handy rewind feature comes in. You have the option of reversing time and trying your shot again. It takes bucks to do that though. Over time, the hearts replenish. That takes longer than I like, but out of all the things that could go wrong with a free-to-play game, this isn’t the worst thing that could happen. As I mentioned earlier, I don’t have long stretches of time when I can game, so that works out for me.

Score! Hero is integrated with Google Game Play Services, and includes leaderboards and 68 achievements to unlock. If you enjoy using FaceBook, the game provides that integration as well. Unlike Google Play Services, it doesn’t appear to let you control what content the game gets access to, like your friends list. It may not be functioning properly, because it looks like that is an option, but I couldn’t get it to work. 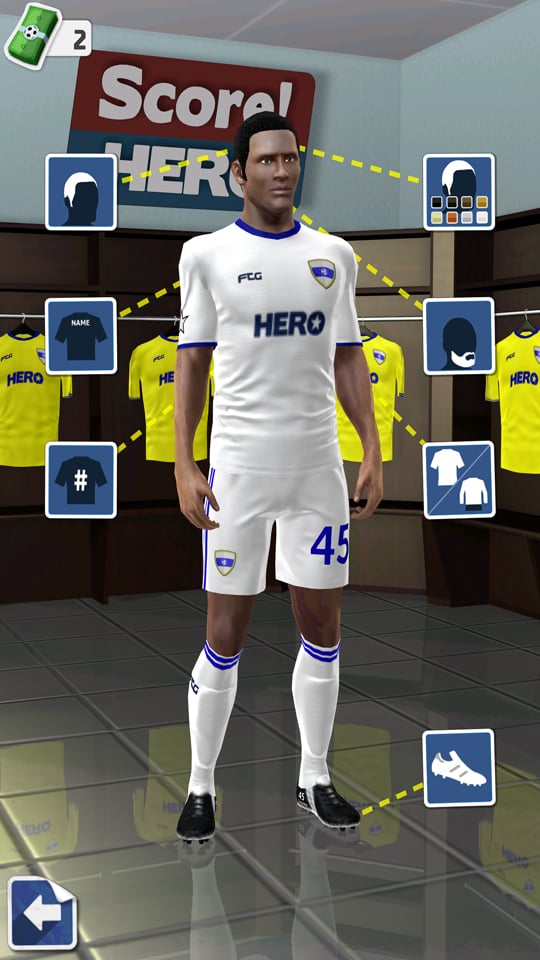 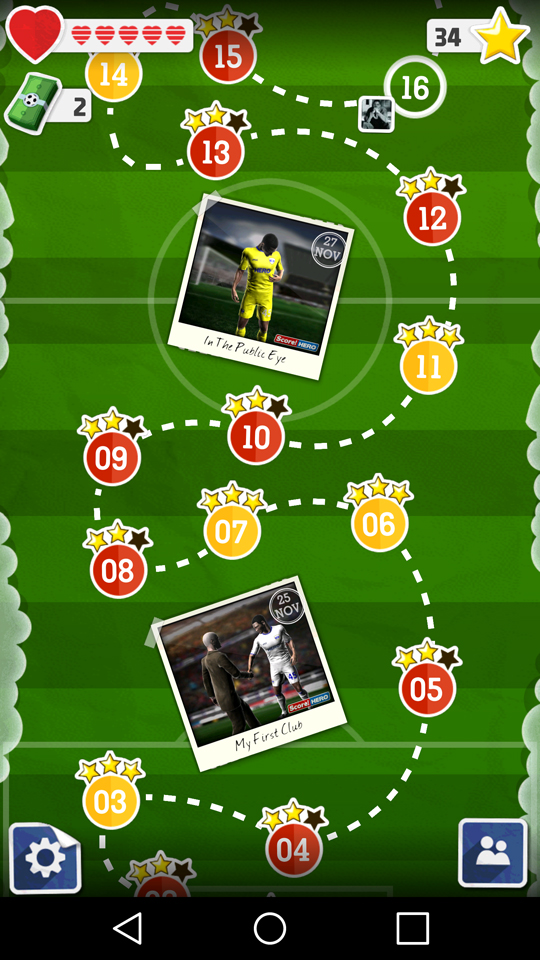 Score! Hero is a fun and atmospheric game. Rain falling during game play and athletes doing flips after making a score, really take this game to another level. If you aren’t necessarily a fan of soccer, but enjoy good games, give Score! Hero a try. If you are a soccer enthusiast, then you will more than likely enjoy what Score! Hero has to offer. Just keep in mind it is not as deep as Fifa 16, but it can definitely be just as fun.