Minecraft: Story Mode Episode 4 “Order Up!” arrives this month. The finale will land in early 2016

Telltale Games has been pumping out the episodes for their Minecraft: Story Mode series at a rather fast pace, a lot faster than previous series the company has released. So far three episodes have already been released and the fourth one, called Order Up!, is slated for release this month.

On top of that, Telltale Games has already announced that the finale for Minecraft: Story Mode is already under way with its development and will be released in early 2016. If the finale follows the pattern of the first four episodes, then it will probably arrive in January 2016. Unfortunately, for Episode 4: Order Up!, we don’t have any details on that just yet. 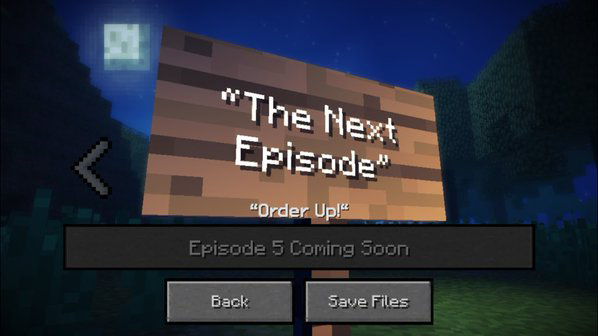 Since Telltale Games has announced Episode 4, then it should be out by next week more than likely. This also means we should have more details within the next few days. When those details come out, we will post an update. For now, just know that Episode 4 is almost here.