Submerged is an intriguing proposition: a post-apocalyptic adventure without the standard ingredients. There are no guns, there’s no blasted wasteland and no hideous mutants waiting to tear you limb from limb at every opportunity. Instead there’s an enormous flooded city to explore, filled with playful sea creatures to watch and derelict buildings to climb, making it a serene alternative to the likes of other games in its genre.

Now available to play on Nvidia Shield with Nvidia’s GeForce Now cloud gaming service, Submerged casts you in the role of a young girl, Miku, who sails into the city in her little fishing boat with her wounded brother in tow. Armed only with a telescope, she has to scour the flooded ruins to find the medical supplies that’ll save her brother’s life.

That’s where the telescope comes in. With it Miku can scan the many buildings of the city and spot locations where supplies are to be found, then she can mark them on her map and then head off towards them in her boat. Once she gets there then the real business of the game can begin: figuring out a way to get to the top of each building and find what’s up there. 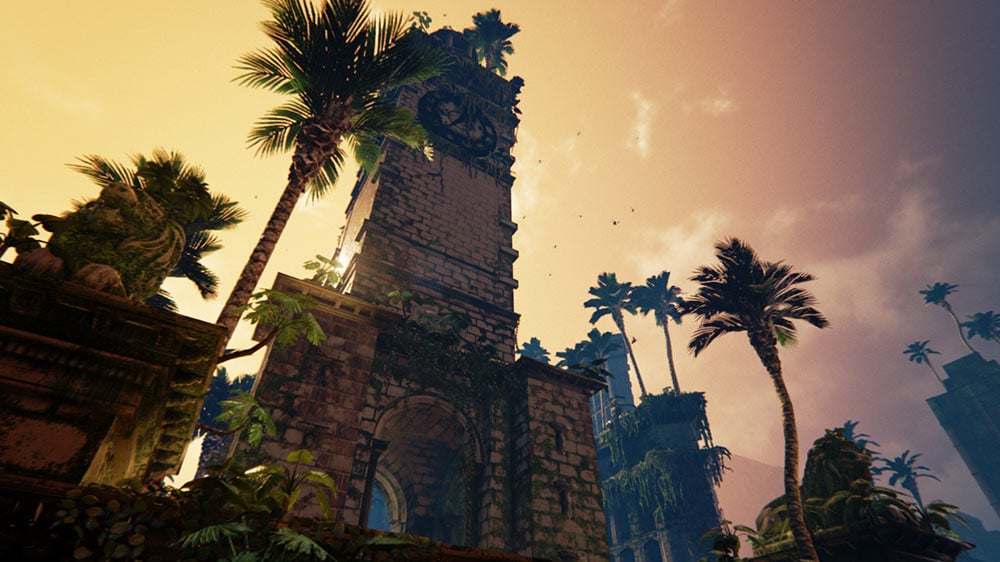 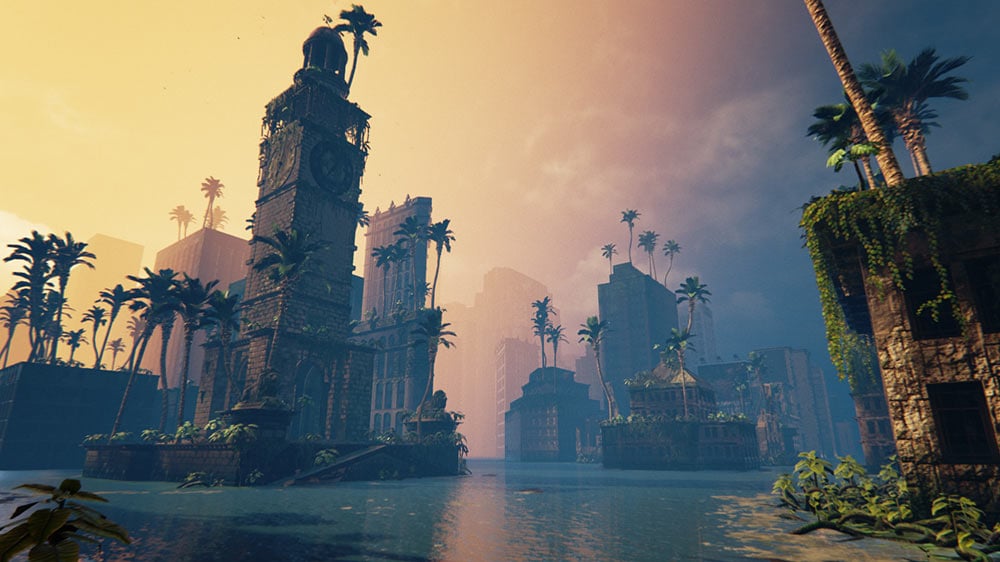 It starts out relatively easy; a simple climb to the top, using vines, ledges, pipes and ladders to scale the walls, but as you progress through the game the buildings get taller and the routes become ever more difficult to find. Soon you’ll find yourself becoming lost in vertical mazes that will often mean having to double back and try assorted routes before you finally hit on the right one.

Once you reach the top you’re rewarded with supplies, and sometimes with hidden items that all add to the game’s atmosphere, revealing secrets about the city’s history and how it came to be in its current state. There’s a whole story to uncover along the way, not only about the submerged city but also about Miku’s own background and why she’s motoring about this place with her dying brother. 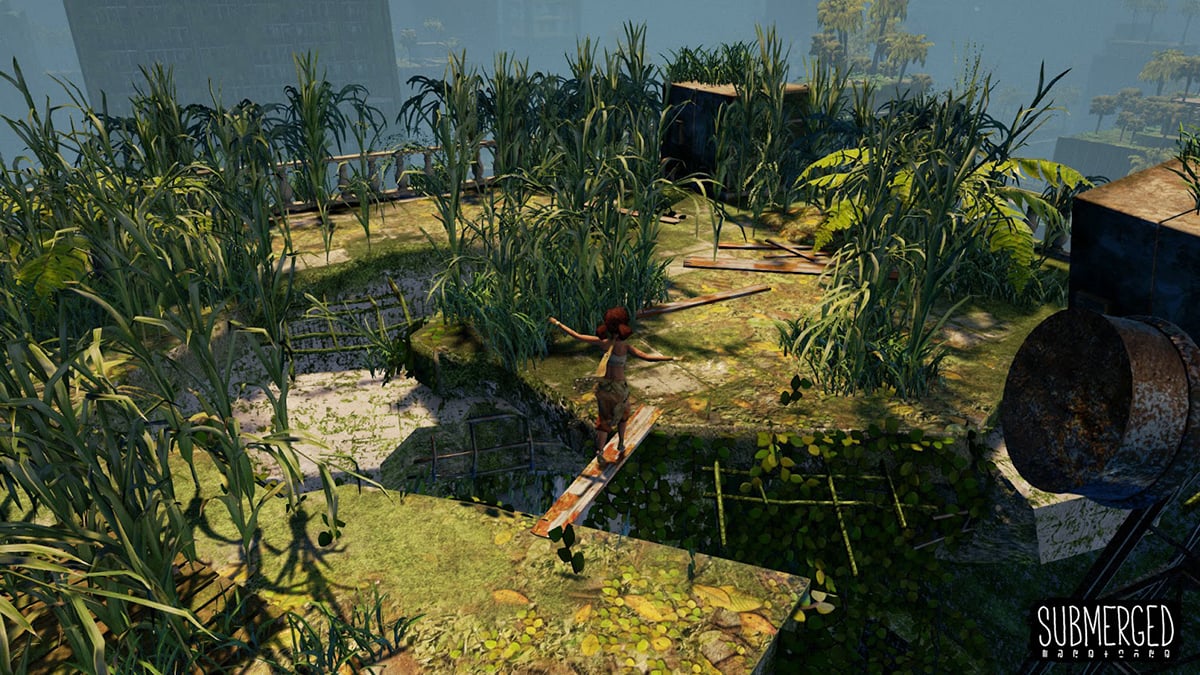 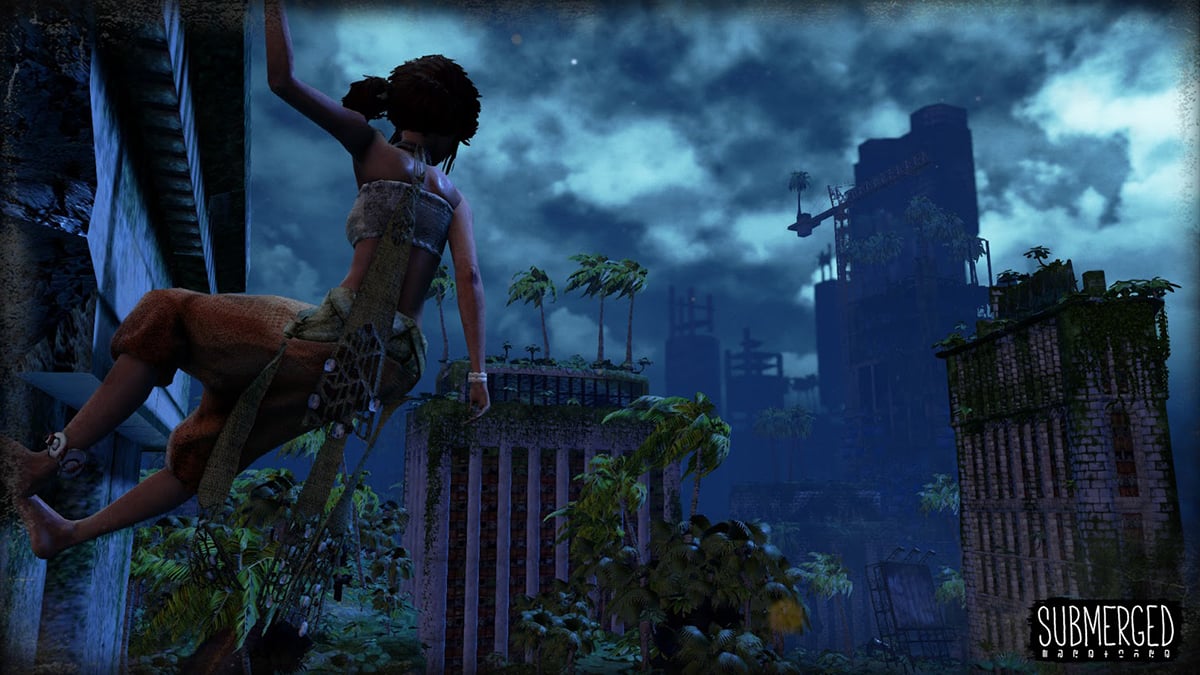 Bleak but beautiful, Submerged is a game that you can play at your own pace. You can race around scaling one building after another if you want, but really there’s no rush, and there’s lots of enjoyment to be had from simply puttering around in your boat and seeing what’s there to be discovered.

Submerged is available now on GeForce Now for $19.99.