For those players that aren’t completely sick of Flappy Birds and its clones, its developer Dotgears has released a new game to their collection. Dubbed Swing Copters 2, this game is not only a sequel to the original Swing Copters, but it also retains the other earmarks of Dotgears games.

Swing Copters 2 retains the heavily pixelated style of graphics that they are known for, as well as the one-touch control scheme. Much like the first game, players will assume control of a character wearing a head-mounted helicopter system, much like a propeller beanie. The character will begin to rise, and players will tap to cause their character to change directions, in the hopes of flying further upward while navigate around large hammers. As one would expect, making contact with an obstacle will end that session of play. 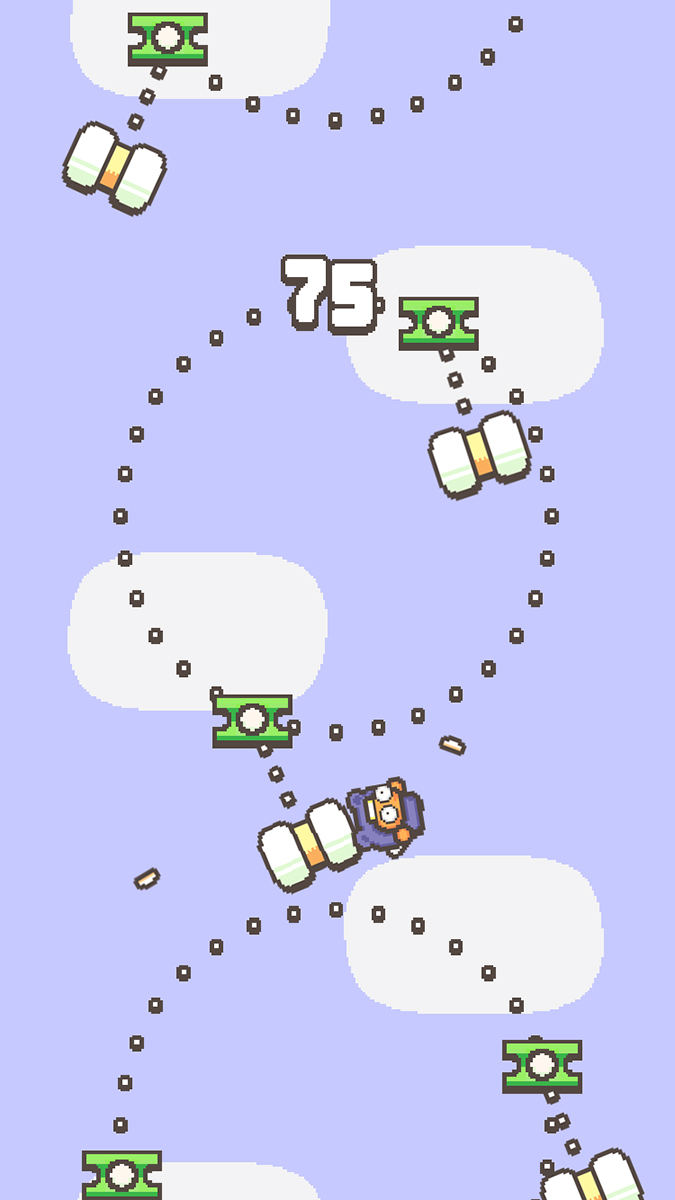 This game’s story features a few main characters, those being Spinki, Fabi, and Pinki, all of whom need to figure out something to do for a living now that they are adults and not kids anymore. Interestingly enough, Dotgears has a rather detailed background for each character, right down to their bloodtype. That information can be found on the game’s website.

Swing Copters 2 is now available on both Amazon’s Appstore as well as Google Play. This game is free to download with optional IAPs as well.