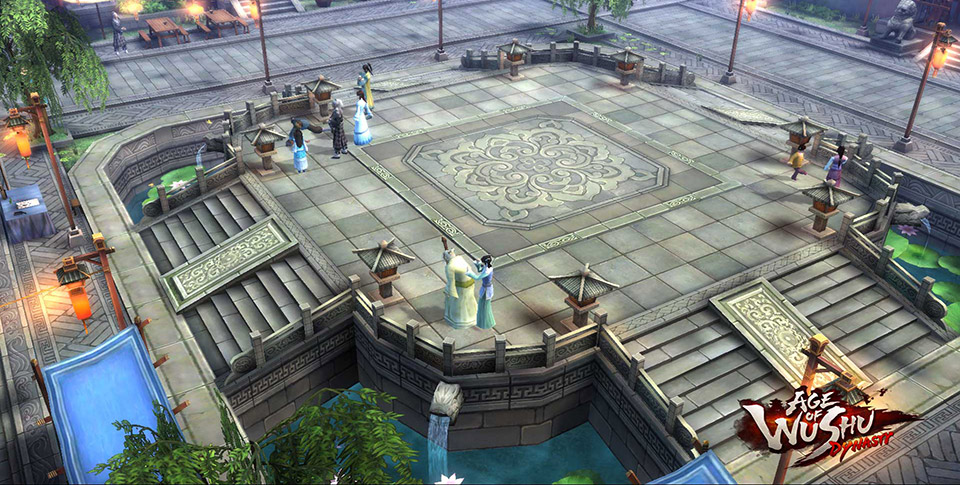 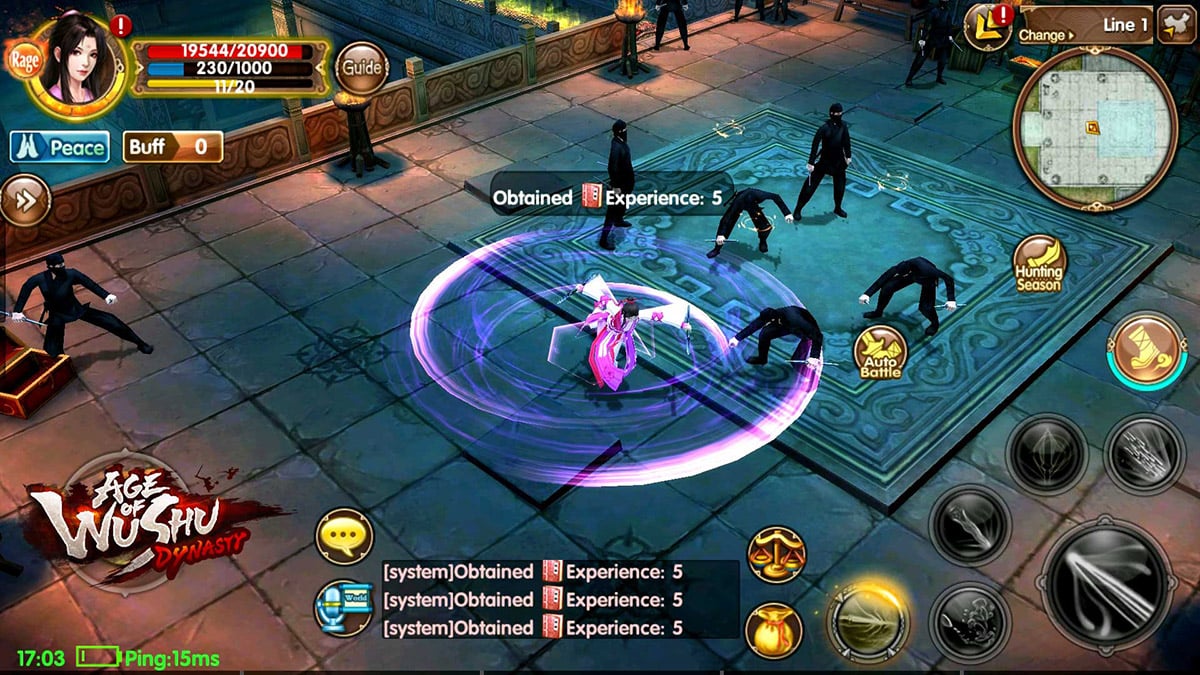 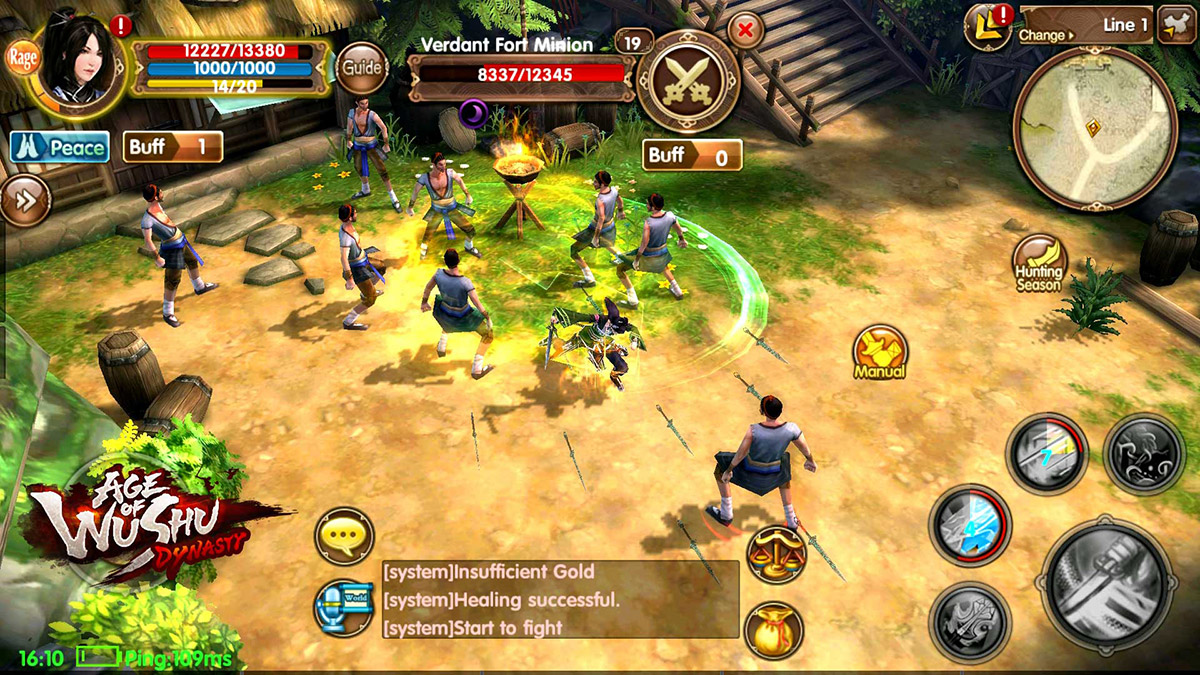 Players have the option of using multiple styles of attacks/skills at any given time. You can swap out one style for another mid-battle in case you need to use a particular skill against an enemy that has a weakness to it. However, one of the cooler features in this game is all the aerial acrobatics you can do, just like in an old school martial arts movie. You’ll be able to jump onto/over rooftops, onto treetops, walk on water, slide across the ground, and so on. This can be done both in and out of combat. Since this is a martial arts themed game, combat is pretty fast-paced as well.

There is actually a lot of detail with this game and it is quite big already regarding content and world size. While you can try to blaze through the levels quickly using different automated features, questing and fighting (especially fighting) is actually quite a lot of fun, so using the automated features will actually take away from that. 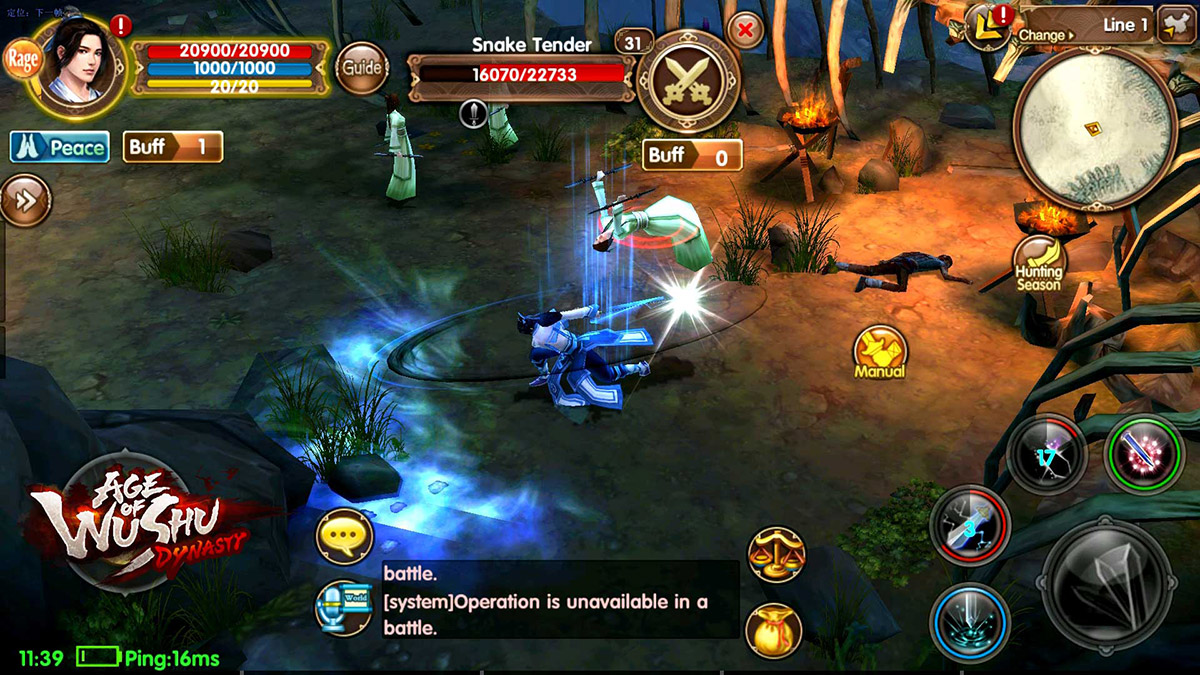 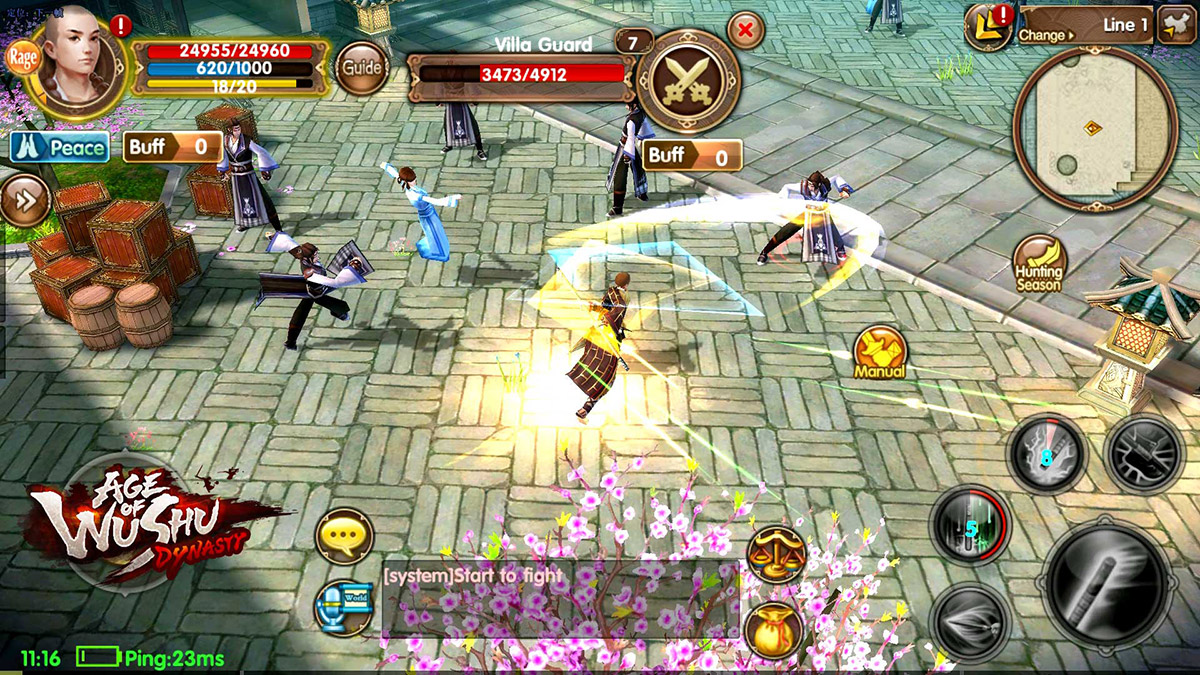 If you live in Canada, you should be able to download and begin playing Age of Wushu Dynasty right now off of Google Play. The rest of the world has to wait until the soft launch expands into new regions, or the game globally launches, which is supposed to happen some time in January 2016. In the meantime, you can check out the new trailer for Age of Wushu Dynasty below.

P.S: Pre-registration is now live for Age of Wushu Dynasty for anyone outside of the soft launch area. If you sign-up, you will earn in-game rewards once it launches globally. Also, social sharing the pre-registration site on Twitter and Facebook will enter you into a giveaway for some rather big prizes including a 4K HDTV, a bunch of gift cards for Google Play or iTunes, and some other goodies.