Zeptolab has had quite a bit of success with their adorable little character named Om Nom. Om Nom has always had a thing for candy, and this adventure is no different. He will brave dangerous environments to get candy, no matter what happens. The Cut the Rope series has had over 750,000,000 downloads. That is quite impressive. It is good to see that Zeptolab continues to support this series, and continues to come up with interesting ways to keep gamers coming back for more. 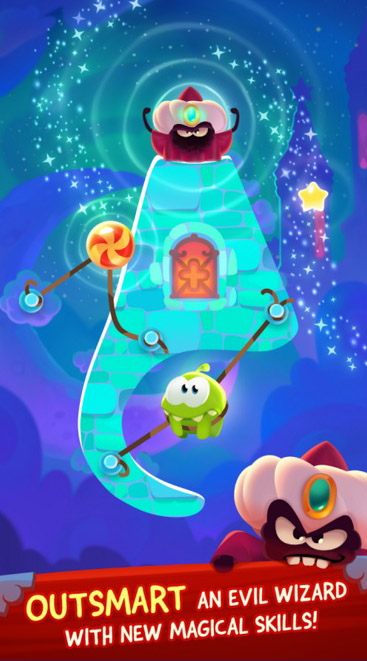 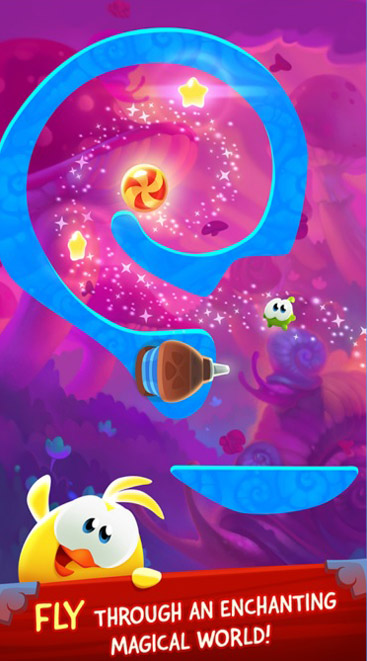 “A magical mishap has accidentally teleported Om Nom to a mystical world filled with challenging puzzles for players of all ages. Can you use Om Nom’s new skills to solve an evil wizard’s tricks and traps?” – Zeptolab

It looks like Zeptolab has introduced a few new game mechanics to keep things interesting. You will use these new mechanics to get you through the 100+ levels that are included in the game. The graphics have been spruced up a bit and include nice new animations. You can’t help but love Om Nom, especially after watching the opening cutscene for the game. I am surprised Om Nom doesn’t have his own TV show or full screen movie already. That may be something Zeptolab may want to consider. It seems to have worked well for Rovio. 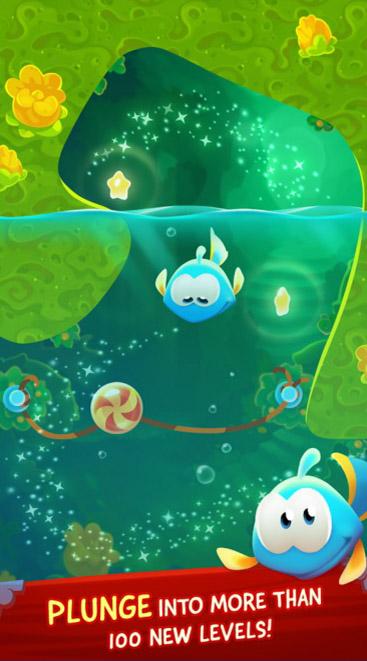 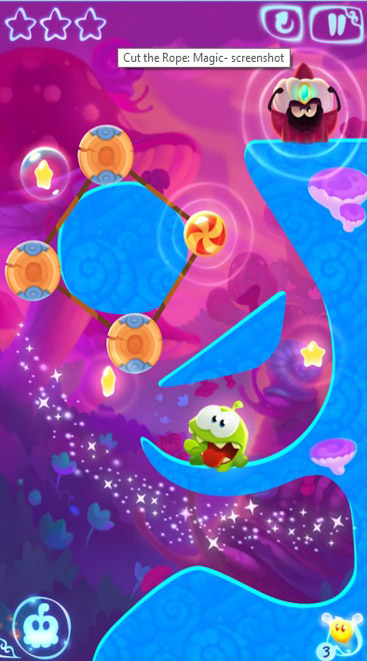 Nevertheless, Cut the Rope: Magic has the same amount of charm and polish from the very first game I played in the series. This is a game the whole family can enjoy. There are plenty of great puzzles to conquer, and the new mechanics adds a whole new level of complexity to the game. The game is definitely a welcome addition to the series.

Cut the Rope: Magic is free to play. You can choose to completely unlock the game for $3.99, and you are given the opportunity to still watch ads, so that you can gain hints to puzzles throughout the game. The game is integrated with Google Game Play Services and includes 5 achievements to unlock.

If you are up for some head-scratching puzzle fun, then look no further than the latest addition to Zeptolab’s Cut the Rope series, with Cut the Rope: Magic.