The developers claim a full re-imagining, hand drawn artwork, and the choice between the original 8 bit scoring, or the new, more cinematic and orchestral soundtrack. Players will assume the roll of the last of a long line of Hero Kings who sets out to slay the evil Warlock Lord. Said evil warlock seeks to summon a demon of behemoth proportions, from the security of Castle Shadowgate. 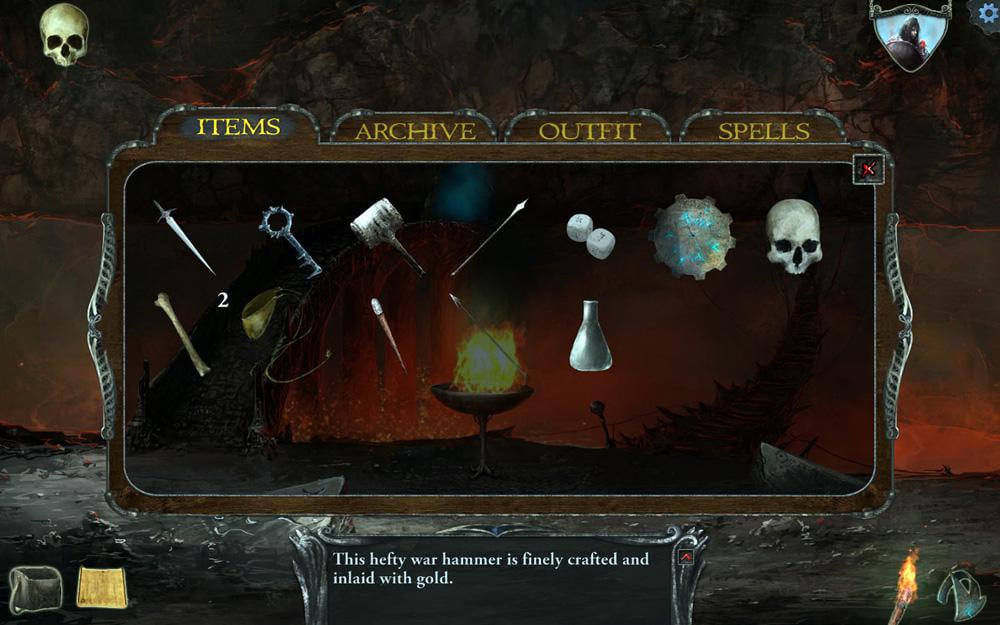 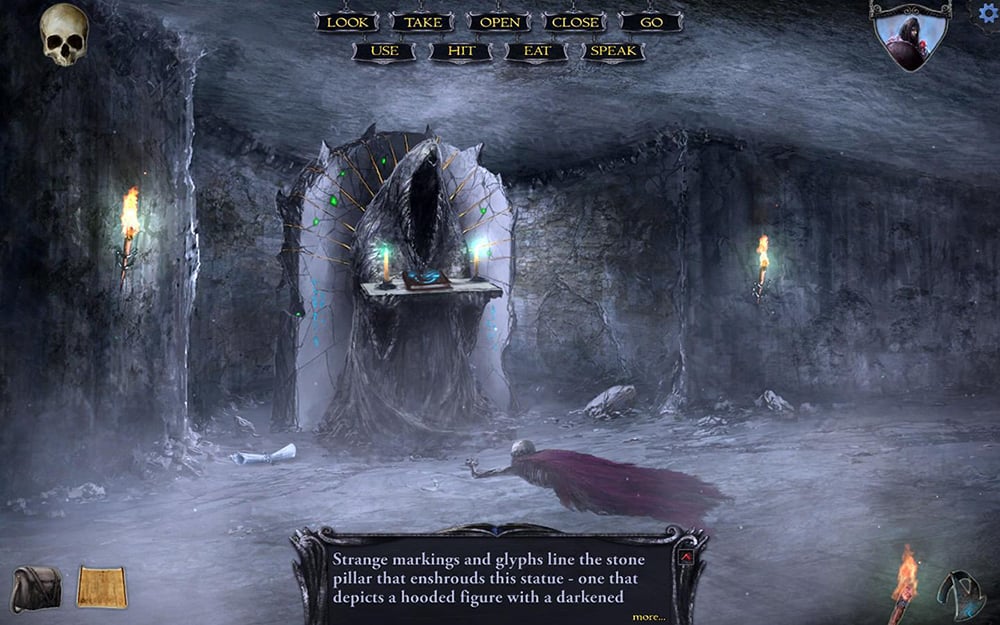 – First Person Adventuring: Unique gameplay mechanics that made the original Shadowgate such a classic, complete with three different difficulty settings that change the gameplay experience and puzzle structure
– Breathtaking Imagery: Gorgeous hand-painted visuals re-imagined for a new generation of adventurers, complete with all new environmental and object-specific animations and particle effects
– Tools of Adventure: A bevy of objects, spells, an all-new mapping system, and customizable user interface enable players to choose between classic on-screen commands or to use modern a modern-wheel icon system
– Mind-bending Puzzles: Loads of all new rooms as well as revamped locations from the original, and a ton of new and fully updated puzzles to solve
– Cinematic Storytelling: Shadowgate features dramatic cut-scenes and all the same great storytelling you expect from the original creators with a dynamic soundtrack by composer Rich Douglas
– Atmospheric Music: Choose between the dynamic new cinematic score or the original retro 8-bit NES classic soundtrack by Hiroyuki Masuno
– Achievement Awards: Dozens of in-game achievements to find and unlock, compelling cut-scenes, and deep storytelling make this re-imagining feel and play like a truly classic Shadowgate experience

The game is available for a flat $2.99 from both Google Play and Amazon’s Appstore. There are some hardware requirements that the developers have suggested to follow. Shadowgate is compatible with tablets, large screen phones, and the Kindle Fire HDX 7″ from 2013 to now. For the tablets and large phones, you’ll need at least a 1.2GHz quad-core Processor and 1GB of ram. So basically anything from 2014 till now will do. The exception to this are a few models of Samsung Tablets but the developers are looking into this.