Update: December 22nd, 2015 11:17am PST: We contacted Nvidia asking when the Marshmallow update would roll out for the original Shield Tablet, and they gave us an answer as well as for the Shield Android TV. We will post another update once we learn more. Here’s the official response:

We’re working on the Android 6.0 Marshmallow update for original SHIELD tablets. Look for more news early in the new year. We’re also working on the update for SHIELD Android TV and will have an update shortly as well.

This is the first update for the K1 Tablet, bumping this update to version 1.0. With this update comes a lot of changes and additions to the OS. The Nvidia Shield Camera has had its UI changed to the Material design, has had its Burst Photo functionality improved, and users can add HD image effects in real-time to their photos. The overall User Interface for the tablet has also been tweaked including being able to launch Google Now commands from the lock screen. 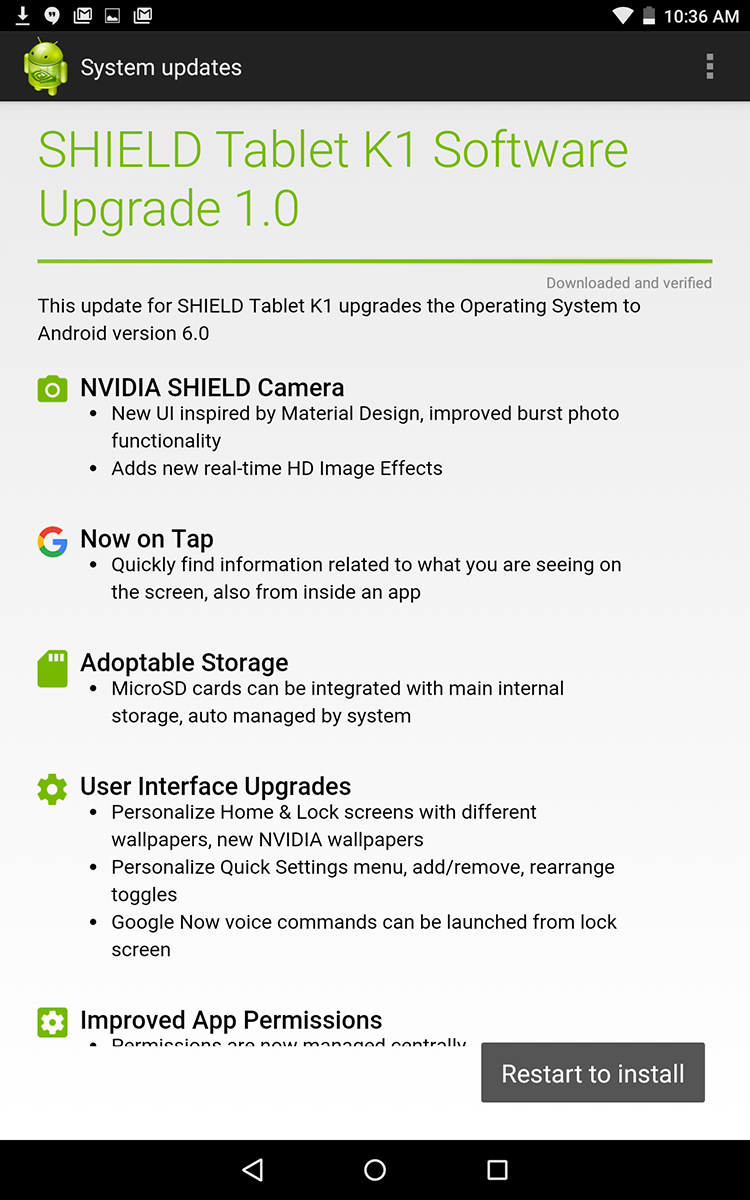 As you may notice at the end of the full changelog description that it says the Fallout Shelter game has been added. Well, it will actually be added to your tablet once you update. If you own the newer K1 Shield Tablet, you should be able to download the Marshmallow update now. If you don’t see the notification for it, just jump into your Settings -> About Device, and tap check for updates.