Even though these little guys are small, they do pack a pretty good punch and can do quite a lot with them, especially if you know what you’re doing. Usually this bundle costs $804 but for the next few days you can pick one up for 85% off, which is $115 in price.

The second deal we have going is a lifetime subscription to the Stone River Academy. This is basically a place that has a lot of different courses you can take online to learn a variety of different things, such as programming (multiple languages), 3D Animation, Mobile Programming, Game Development, Unity 3D, Java, CSS, and a lot more. Every month there are between 2 and 5 courses added, so there will also be something to learn and of the latest versions. 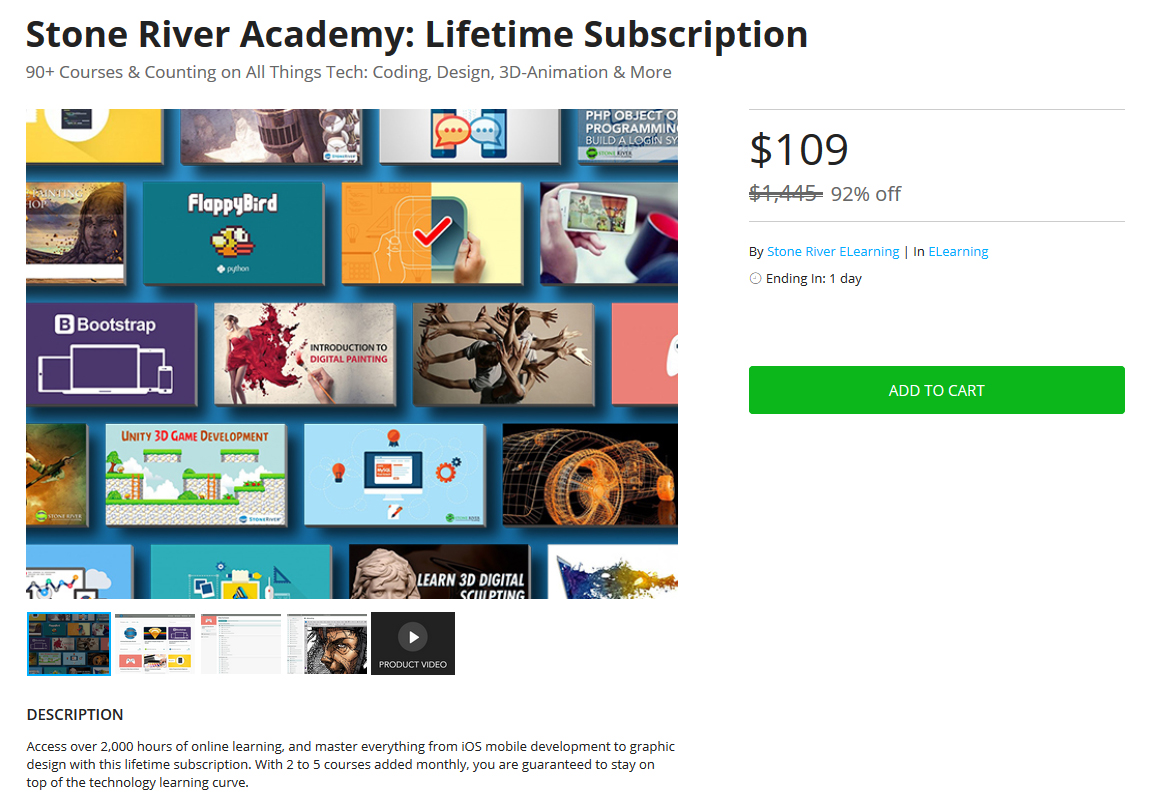 Right now there is a total of 90 courses which equals 2000+ hours of content to go through. This would normally cost $1,445 but for the next 24 hours it is available at 92% off its regular price, which works out to be $109. Great as a last minute present from yourself or someone else who wants to learn all kinds of programming, game development, and anything else they want.

Pay What You Want: VPN Bundle

There is a lot you can do with VPN services, but what we use them for it to log into Google Play from another country so we can access location-locked games (such as games released only in Japan for example), or any games that are soft launched and not globally launched yet. But there is a lot you can do with a VPN. There’s four days left in the Pay What You Want bundle and, like always, if you get onto the leaderboard you will be entered into the giveaway for this particular bundle. Also 10% of all proceeds go to Save The Children charity.