This update, officially titled Tower of Dawn, is also a rather large size update as well. While some of it is Christmas themed, there’s also a good portion of it that it not, similar to what they did with the Mabinogi Duel update. Starting with the holiday themed goodies, players can try and get any of the six new Christmas-themed costumes that have been added to Fantasy War Tactics. Nexon will also be starting two different rewards events, with one counting down from Christmas to New Year’s Eve. The other starting on New Year’s Day and running until January 4th, 2016. 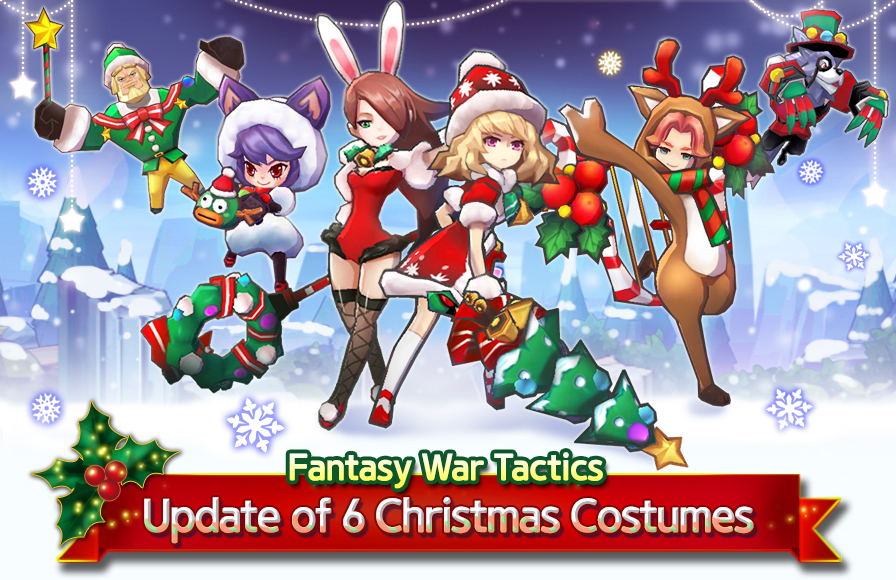 Outside of the holiday-themed rewards and gifts, Fantasy War Tactics has also had a good chunk of content added to it with this update. The Tower of Dawn update brings an additional 60 dungeons to the game for players to explore. On top of that, the new Coocoo Box system is now available, where players can collect these boxes and unlock them for additional rewards.

The Tower of Dawn update for Fantasy War Tactics is now available for download. If you want to check this game out, it is available for free off of Google Play.