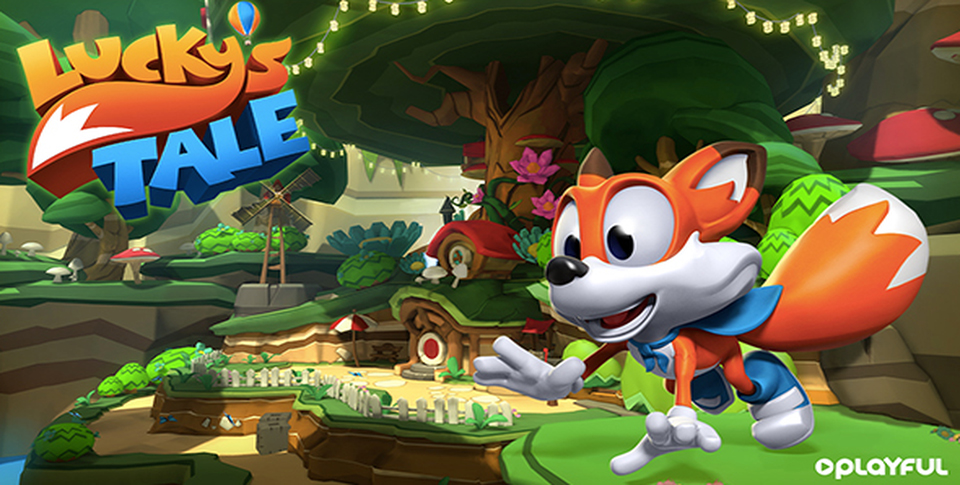 If you’re planning to snag an Oculus Rift headset when they officially go on sale soon, you will be happy to know that it will be coming with a couple of goodies. The newest addition to the catalog of goodies is a game called Lucky’s Tale, which will come free when you purchase a headset.

Lucky’s Tale is an arcade platformer that takes a few cues from games like Mario 64. Players will assume control of a fox named Lucky who will be working his way through a variety of stages in your standard platformer style of gameplay. So you will be avoiding various hazards, jumping on top of enemies to kill them, and collecting coins while doing it all. The game has been completely designed, however, for Virtual Reality.

Even though it is designed for Virtual Reality, it isn’t in a first-person perspective. Instead it retains the standard third-person view all platformers are played in. Where the Virtual Reality aspect comes in is when a player moves their head around to check out the environment to get a better look at each level, what’s around you, and the challenges ahead you may be facing.

Lucky’s Tale joins another game, Eve: Valkyrie, when you purchase an Oculus Rift headset. While there isn’t an official date yet for when the headset will be going on sale, Oculus currently has it pegged for the first quarter of 2016.