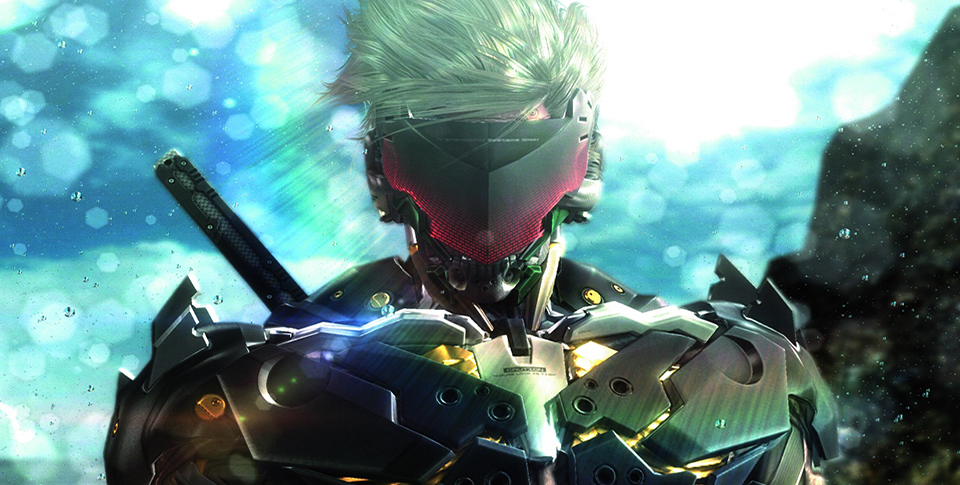 The game takes place four years after the events of Metal Gear Solid 4: Guns of the Patriots and not surprisingly we see the return of that game’s protagonist Raiden. In MGS 4, Raiden was undergoing a transformation to becoming part human and part cyborg. In this game that transformation is complete and Raiden, as a member of the Private Military Company (PMC) Maverick Securities has to take on rival PMC Desperado Enterprises, who are determined to destabilize countries in order to reap the financial rewards. 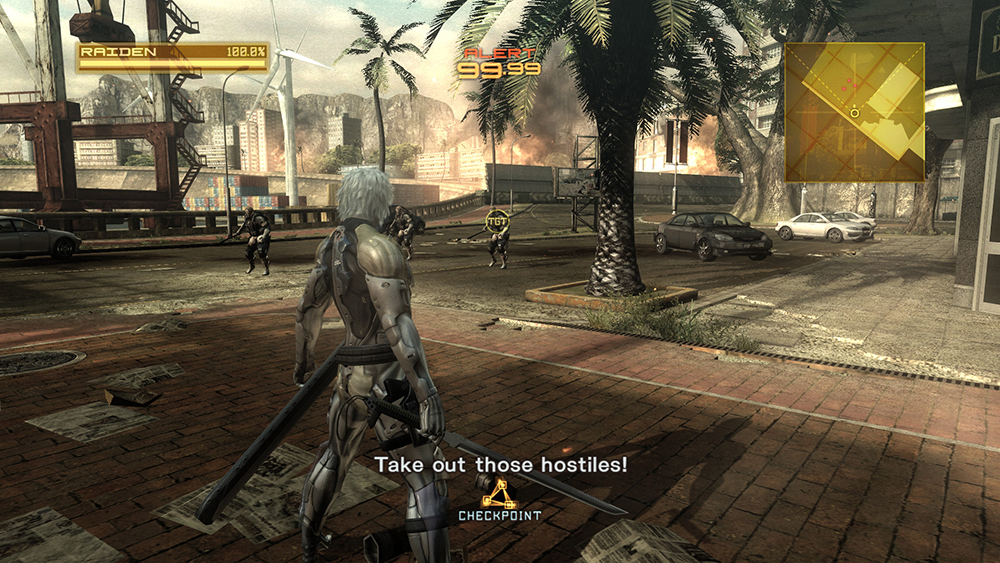 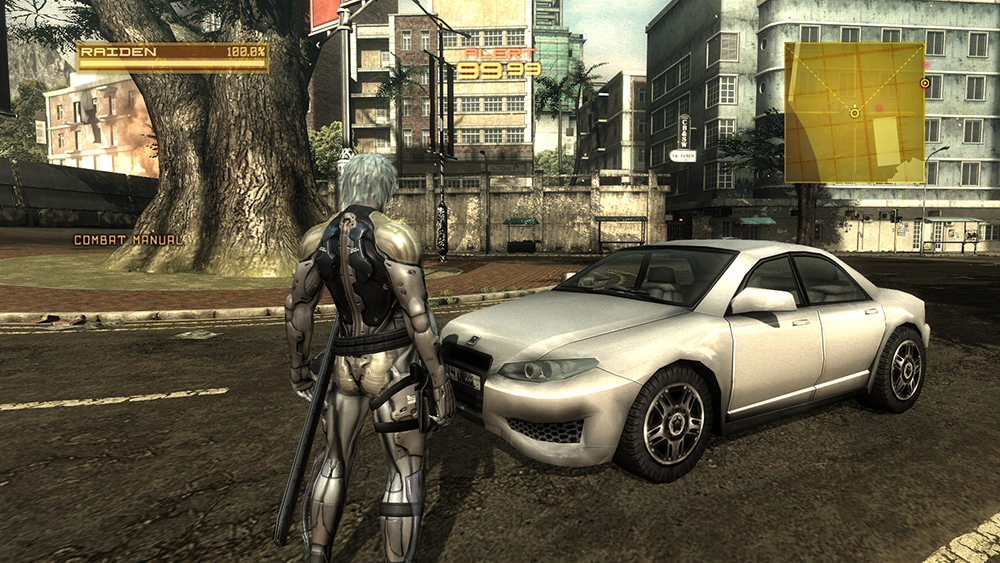 What really sets MGR: Revengeance apart from the rest of the series is a complete change in the style of gameplay moving away from stealth and into full-on action territory. Raiden’s high- frequency katana blade is the focus of the game leading to a system of combat centered on elaborate swordplay.

The katana can cut through pretty much anything, which becomes all too apparent when you enter blade mode. As well as regular swordplay with all its thrusting and parrying, blade mode freezes the action – bullet-time fashion – at which point the player can designate several different planes along which he wants Raiden’s katana to slash. This can be used to target an enemy’s weak points, target specific threats or just reduce a bad guy to a messy pile of body parts. Once you have decided on the incisions to be made you are treated to a slow motion takedown, choreographed according to your instructions. It’s brutal and it’s brilliant and while aesthetically pleasing it also serves an important purpose. Success from using blade mode rewards the player with energy, weapons, and ammunition collected from your opponent, which, over time enables you to upgrade Raiden’s abilities. A lot of the scenery is also at the mercy of Raiden’s blade so if an enemy is taking cover behind, say, a car, it’s a relatively simple process to simply slice the vehicle in half and get a better shot at his opponent. 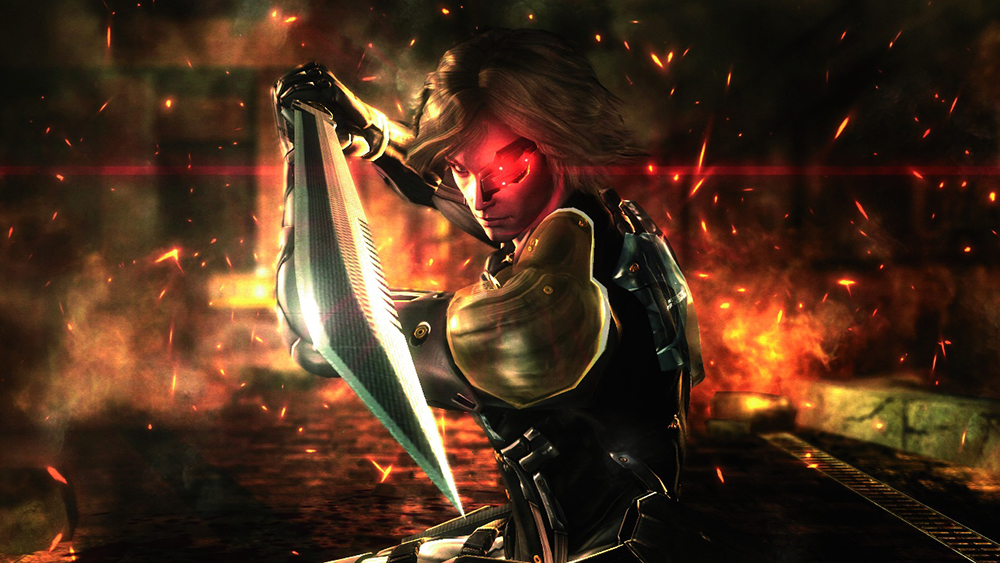 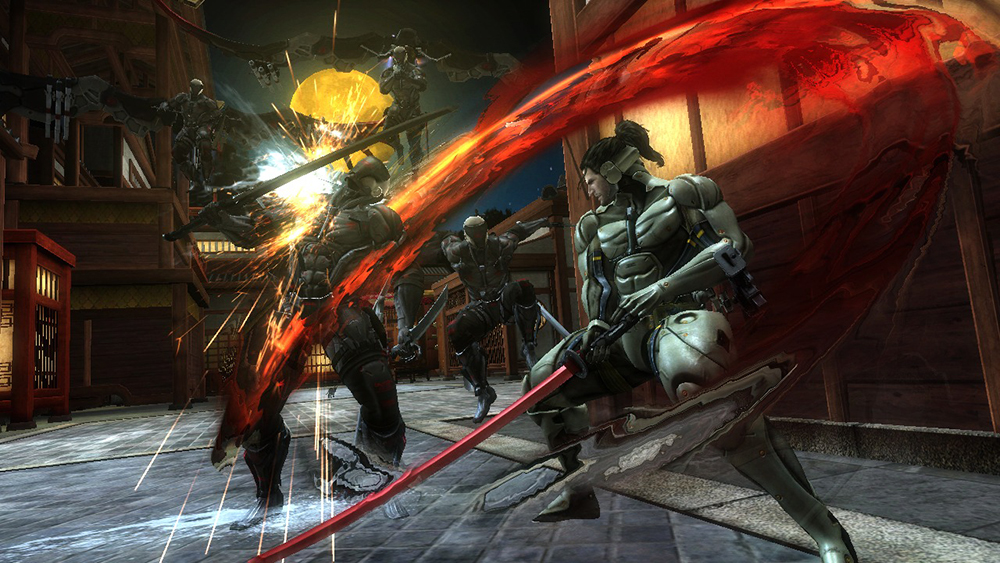 Blade mode is not an unlimited resource though, so there are other combat options available. Defeating the game’s bosses will give Raiden access to other, more regular weapons such as daggers firearms and rocket launchers. Also, Metal Gear traditionalists will be reassured by the inclusion of a stealth mode in which Raiden’s increased speed allows for enemies to be ambushed without the need for close combat. Assisting him in carrying out reconnaissance of new areas are a fancy scanning visor and a trusty little robot pet called Bladewolf who wanders around sending map data back to Raiden.