If you are a fan of real-time strategy games, then now may be a good time to check out the latest offering from game developer Bonus XP and publisher Maxplay. The Incorruptibles is a new real-time strategy game that is now available in the Google Play Store. If you are looking for great action and depth of strategy, then take a look at The Incorruptibles.

I have been watching the development of The Incorruptibles from afar for a while. I am a fan of old school real-time strategy games from back in the day, when I primarily played games on my PC. Though I still enjoy playing PC games, there is nothing like hopping into a game wherever you are at any moment in time, without the worry of being connected to a desk.

Let me start by saying that the game is free-to-play, so I am not sure how far you will be able to go down the rabbit hole on this one. So far it looks like it is pretty well-balanced. The team behind The Incorruptibles have worked previously on another RTS game you may be familiar with, Age of Empires. Bruce Shelly, the designer behind Age of Empires and Bonus XP have created this title for Android/iOS. 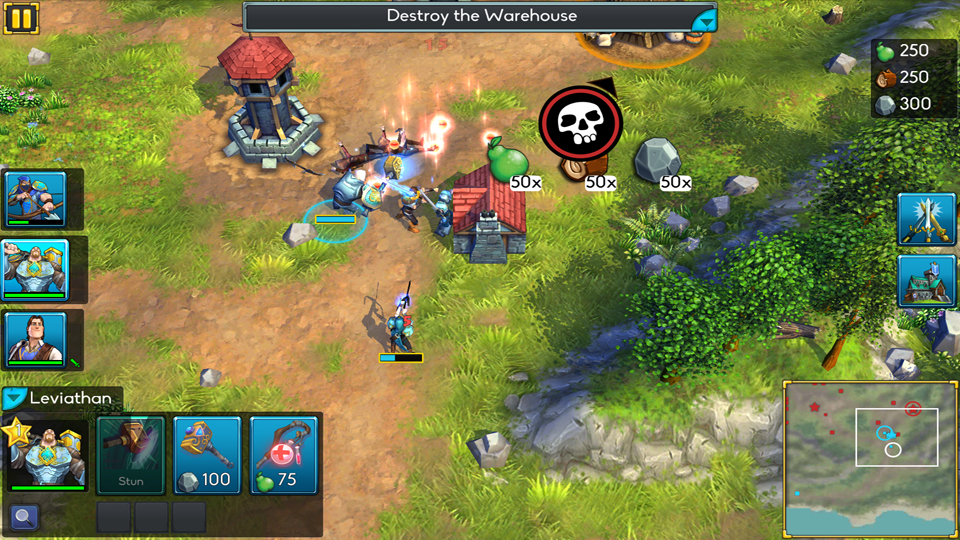 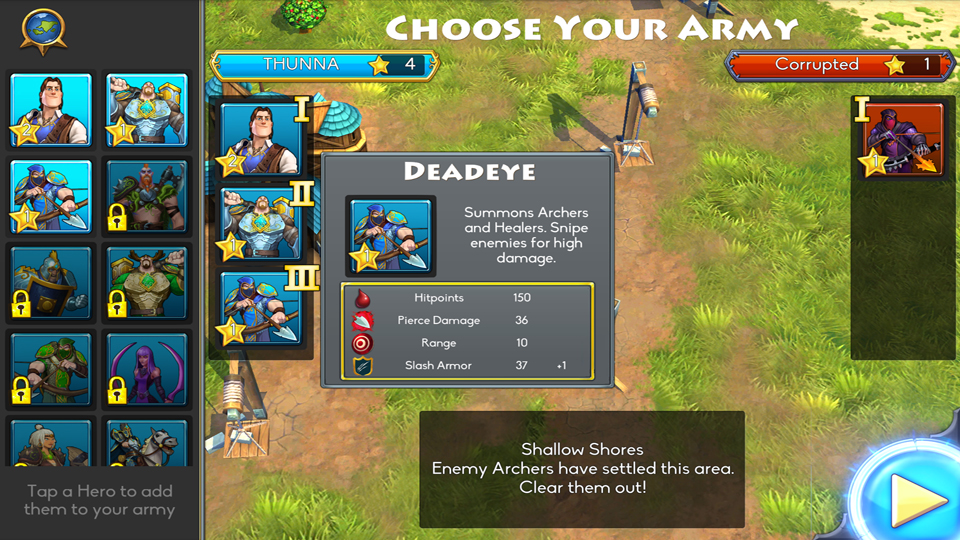 “Join The Incorruptibles, an unexpected clan of heroes, to fight against a mysterious entity called the Corrupted, who are intent on burning and destroying the lush and vibrant islands of the Realm.” – Bonus XP

The first few levels you play in the game are basically the tutorial, but even in the tutorial, you see there is a fair amount of depth in the game. Bonus XP has done a great job in making this an enjoyable game. The real-time-strategy component is where this game shines, though the graphics are pretty impressive as well. You start off with being able to control Quinn, and you gain access to other characters to add to your party. Each character has a special ability and you are able to level them up as you play the game.

As with most RTS games, you have to be able to manage your resources, and pay close attention to what your keep is able to offer you, watch what the villagers are doing, etc. It doesn’t take long to realize that this game will keep you busy for a while. The battles ramp up pretty quickly, which is nice to see.

As I mentioned earlier, the game is free-to-play. The in-game resources are gems, mana and whatever type of material you are harvesting, or mining, like ore, to level up your swords and equipment. Thankfully there are no in-game timers that limit how long you can play the game. The in-game store consists of gems that you can purchase if you choose too. This allows you to upgrade your castle and equipment immediately, as opposed to waiting the required amount of time for upgrades. The lowest price for a sack of gems is $4.99 and then it goes upward. Gems are also granted by completing quests. So far it looks like you will be able to play this one without the fear of the dreaded pay wall, but again, we are in the early stages of playing the game. 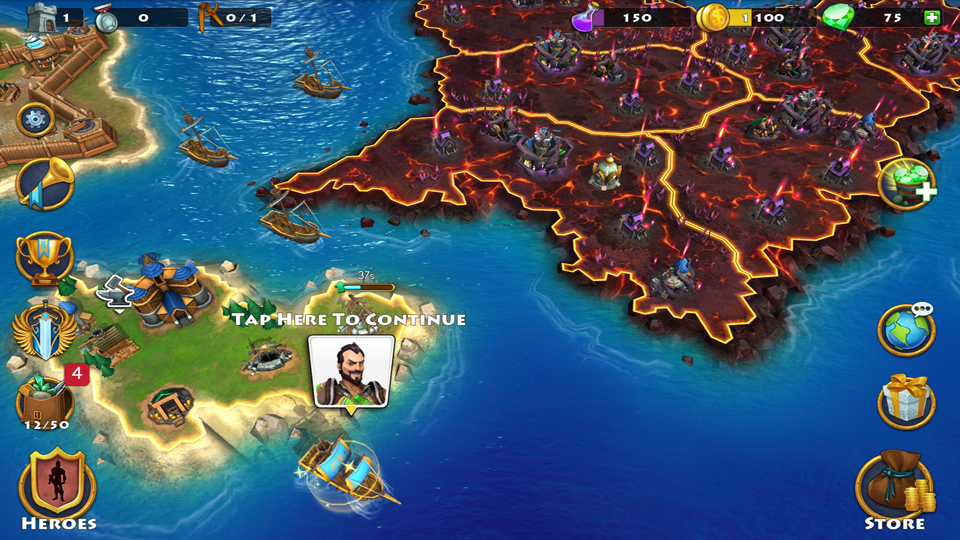 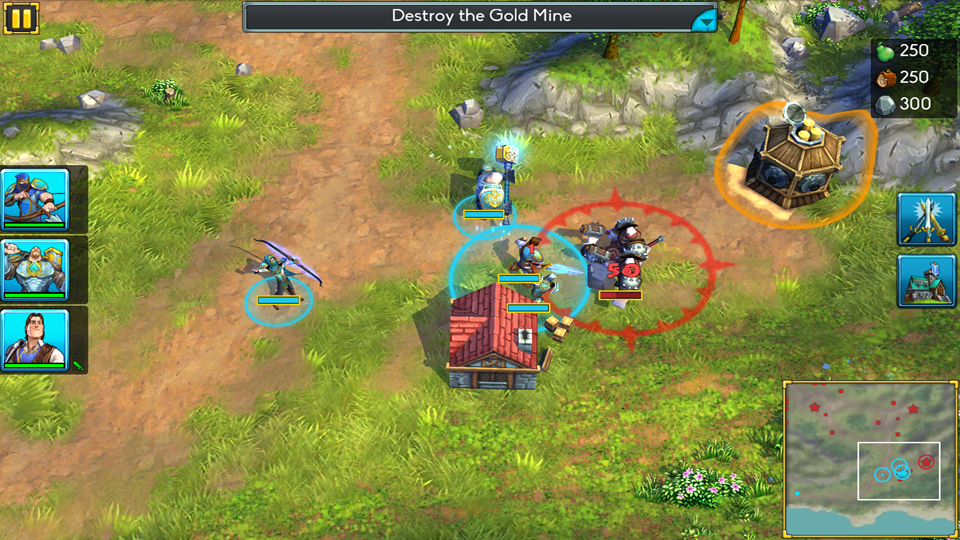 The game is integrated with Google Game Play Services with 37 achievements to unlock. Unfortunately, cloud saving is not handled by Google Play. Hopefully this will be modified with a future update by Bonus XP/MaxPlay. If you want cloud saving so that you can play on multiple devices, it will require you to link your Facebook account.

I like what I see so far with The Incorruptibles. It is a good game with good graphics, controls and quite a bit of depth. If you have missed playing a good RTS game, I think you will enjoy playing The Incorruptibles. Once you learn how much the game offers in terms of story, gameplay and leveling up your characters, weapons and castle, you will be quite impressed. It is obvious Bruce Shelly still has the magic touch when it comes to strategy games. Bonus XP/MaxPlay have brought a strong RTS contender to the Play Store.

As a side note, you can see that the team has a great sense of humor. Check out one of the humorous second trailer about the game. There are a couple of different ones that you can view on YouTube if you are interested. If you download the game, let us know what you think in the comments section below.