It is hard to escape games these days that choose to forgo great detail in the visuals department, for a more retro look. The games are everywhere in the Play Store. are everywhere. Sometimes you come across one that is great to play, and at the same time, the pixels look amazing. I am not exactly sure what lures me into the pixels that have been created by the Super Mega Quest team, but I like what they have done!

First, let me give you a little backstory about the creators of the game. It all started with a brother and sister team based in Markham, Ontario. Jennifer and Daniel So share a passion for gaming. Mass Effect among others, is one of the games they have enjoyed playing. Both have degrees in art. Since they were interested in creating a game, they asked their father (Richard) who is a programmer, and a developer (Garrett Shields) to join them. Super Mega Quest was created and their first game Ancestor, is wonderful in so many different ways. If you enjoy side-scrolling action adventure games that will also test how nimble your fingers are, then Ancestor is a game you should look into. 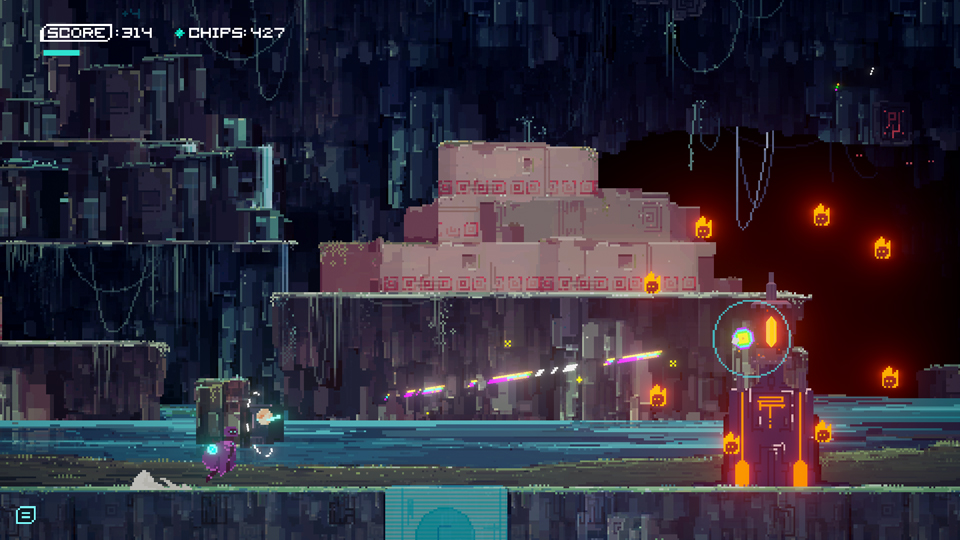 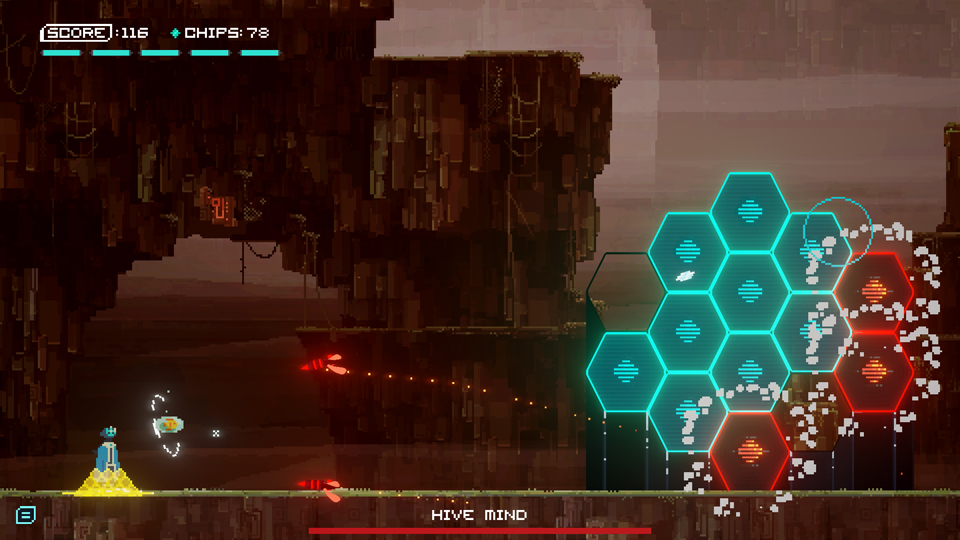 Here is a brief synopsis of the game. “A super fun puzzle action runner for iOS and Android that will challenge your brain and dazzle your eyes. Venture across a dangerous landscape riddled with traps and enemies. Defeating foes and overcoming obstacles will earn you currency chips that you can spend on lavish cloaks and various orbs. As you travel further into the unknown, your surroundings scale in difficulty, demanding quick thinking and swift reflexes.” – Super Mega Quest

Looking at screenshots won’t tell you too much about this game. What you will see is an impressive arrangement of pixels to create art. The backdrops for Ancestor are stunning to me, and I am not typically one for less pixels in my games. Recently though, a few games like The Deer God, Ancestor and of course anything by Nitrome, has almost changed my thoughts on less is more when it comes to pixels.

In Ancestor, your main character hovers from left to right… always right actually. Though the backdrops are a beauty to behold, they never get in the way of what is most important, puzzle solving and frantic action. As your character moves across the screen he/she will encounter a number of different types of puzzles, as well as having mines launched at them. Alone, these things aren’t too difficult to handle, but when they happen in rapid succession, the difficulty can ramp up quickly.

There are basically four or five types of puzzles in the game. One of the puzzles has to do with matching all the hieroglyphics on what could be considered a type of totem or puzzle pillar. You have to tap the screen to rotate the top two symbols to match the symbol on the bottom. Another puzzle has you falling into a chasm, and you have to basically connect a line to the other side, which allows your character to trampoline out of the pit. This is considered a laser jump.  There are a couple of puzzles that require you to match the proper sequence of a group of dots. Failure to do will have you meeting your untimely end at the hands of saw tooth blades.

It is all of these separate little elements combined, that make Ancestor a fun and challenging game to play. The learning curve is relatively easy, and you can always go back to the excellent tutorial if you need a little bit of help. Since the game is more of an endless side-scroller, the longer you stay alive, the more difficult the game becomes. The environments are procedural and that means each game will be different than the previous one. This keeps the game fresh, and though you may easily remember what is required at each puzzle, it can be a challenge getting your fingers to work quickly to solve the puzzle. 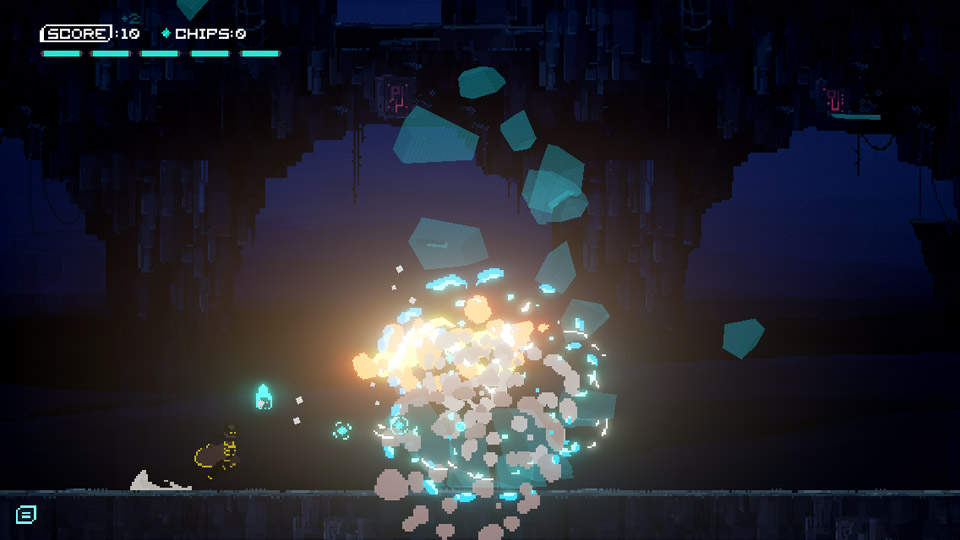 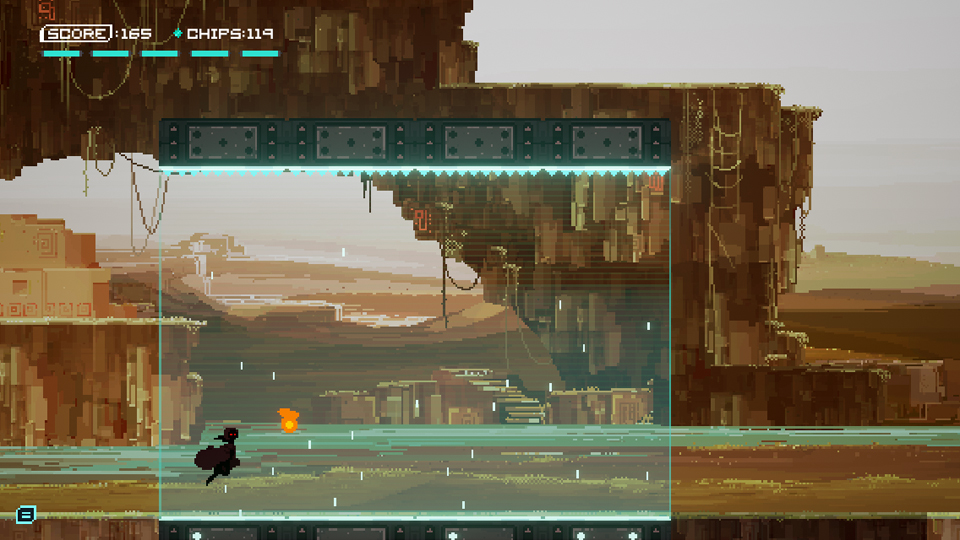 The game has more than puzzles for you to solve. Your character also has the ability to shoot. This is important because you will encounter falling pillars and mines launched out of nowhere, that you have to take out with a few blasts. The good thing is that you don’t have to worry about controlling your character. He/She moves forward automatically. This can be good and bad because, if it takes you longer to solve a puzzle, you may just have a falling pillar or a mine launched at you while you are trying to wrap up the puzzle sequence, and you may not have enough time to shoot what is right in front of you.

Remember the good old days when you had to face a boss every now and then. Ancestor has that too. The first one that you run into is the Hive Mind. It is replete with a long life bar that must be tackled, by shooting the different shapes within the hive as they open. If you don’t, get ready to be stung by a swarm of bees.

Overall, you can’t go wrong with downloading Ancestor. The game is fun to play and it is free to play too. Okay, about the free to play part. You can totally enjoy the whole game without having to spend a dime. Of course I did spend more than a dime to support the Super Mega Quest team. I mean the game is just too fun to not support their hard work in my opinion. The only items in the in-game store are cosmetic items. You can change the look of your cloak or orbs for $.99 That’s it. There aren’t any more IAP’s other than that. You don’t have to do that if you don’t want to. You earn in-game chips as you play, which can also be used to unlock the different cloaks and orbs, though it may take you a fair amount of gameplay to unlock some of these. In no way does having IAP’s prohibit you from enjoying the game.

The game is integrated with Google Game Play Services with 20 achievements to unlock and a Survival Leaderboard, if you want to test your mettle against your friends. Actually, I think I need to let the other DroidGamers’ team members get involved, to see who can reach the farthest distance in this game. Let me know DG Team if you are up to the challenge.

If you are looking for a fun, challenging and well-produced game, then you should definitely take a look at Ancestor. It is free-to-play, or for the price of $.99 you can unlock the game to remove the ads. In a world full of free-to-play games, Ancestor shines with beautiful pixels, waiting for you to experience.