Build a sprawling metropolis, or crush another player’s, in Downtown Showdown 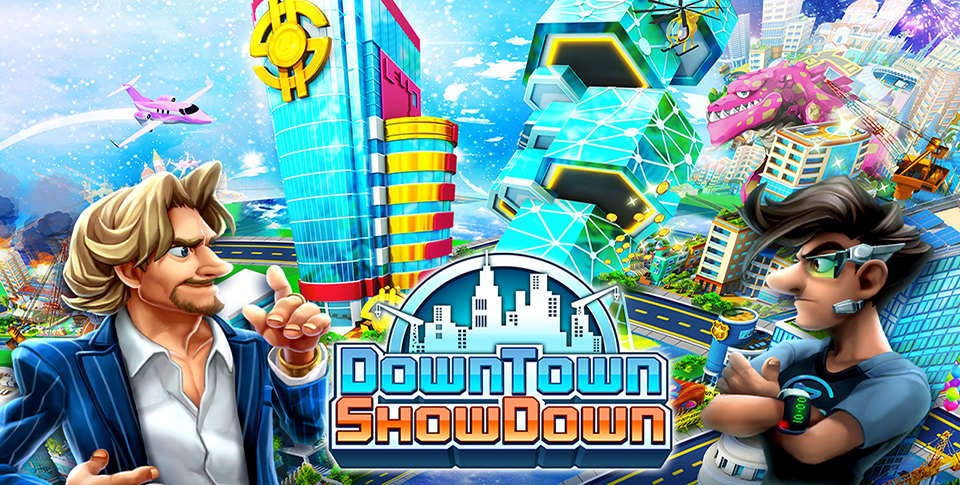 Released by COLOPL NI, Inc, Downtown Showdown is a new city planning game that’s been released on to Android. Unlike strait “sim” games, Downtown Showdown is more of a hybrid that’s comprised of city building, resource management, and real time strategy. Players will swear fealty to one of the city’s two magnates: either a tech savvy entrepreneur named Zach Gold, or a real estate mogul by the name of Bill Banks, who compete with each other to build the best cities in the world.

Buildings get dropped into place much like puzzle pieces. So for example, dropping a park or a house into place will help grow the city’s overall population by attracting residents. Other types of buildings include utilities, businesses, and recreation centers. There are also a variety of specialist that can be enlisted to help you in your cause, with abilities that range from reducing panic in your own city (like emergency workers) to attacking the city of another player, which range from something as innocuous as graffiti, to raiding their resources or committing sabotage, to complete destruction of a fire breathing monster. 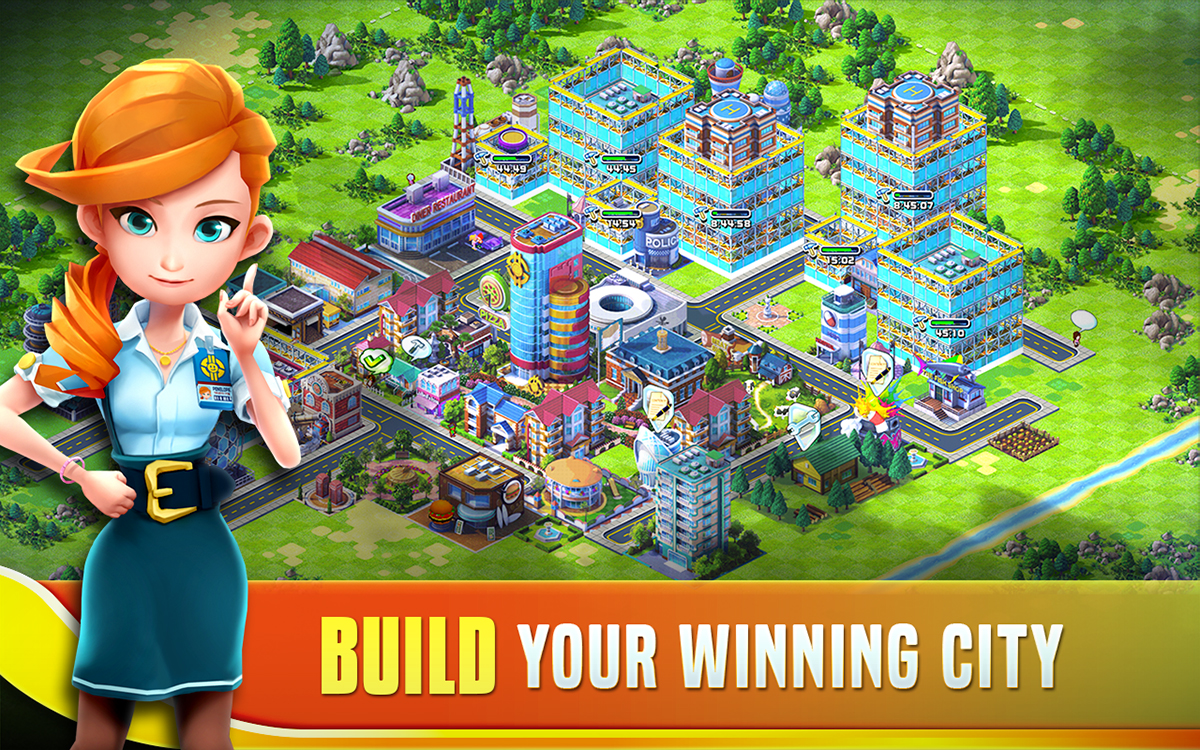 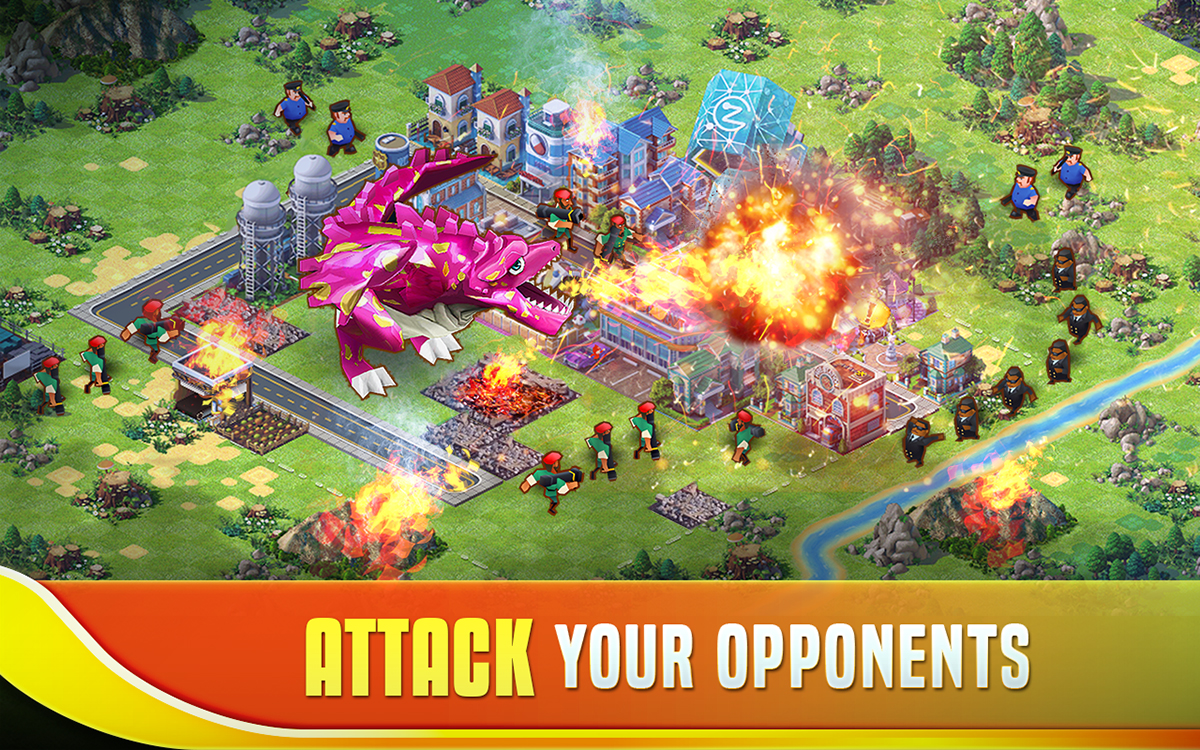 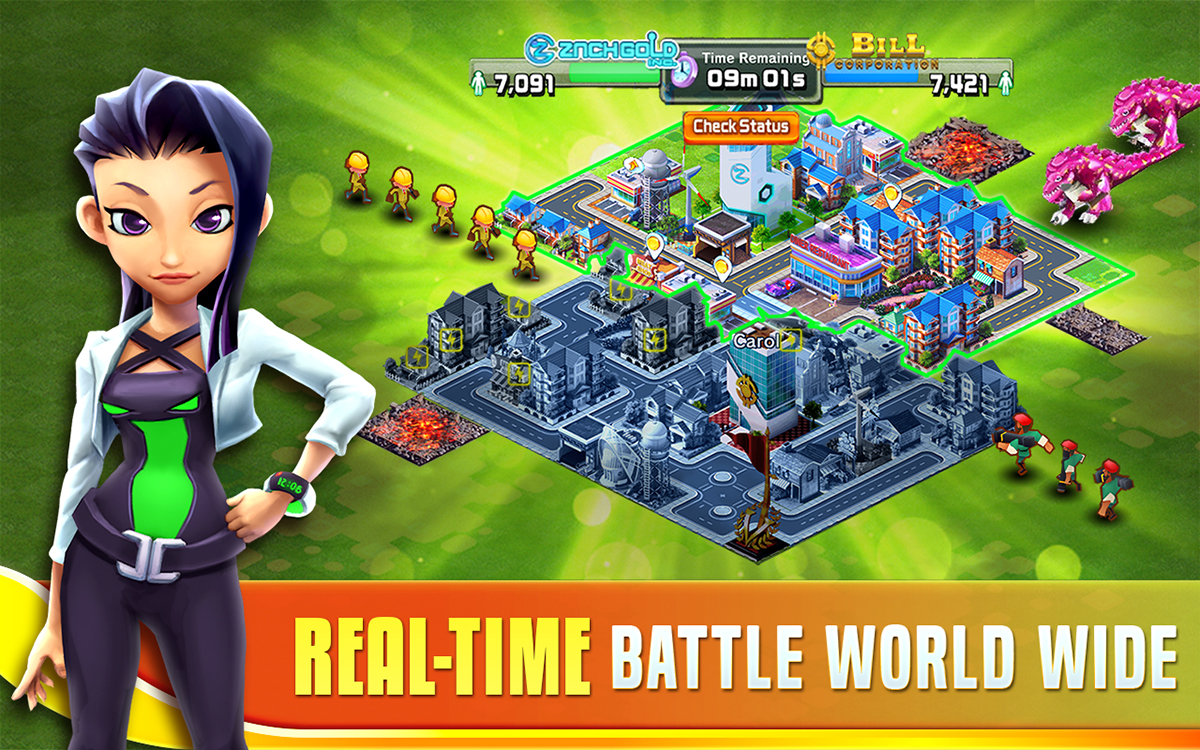 Players will need to protect their cities not just from opponent’s though, but also from natural disasters, and can even help friends or allies recover from the same. In PvP mode, players will look to complete these things while racing the clock, to see how far each of them can get within a limited amount of time.

Downtown Showdown is now available off of Google Play for free with optional IAPs being present as well. You can check out the game’s trailer below.