Besides the addition of the new Hulk character, there are five new outfits that have been added to Marvel Future Fight for Hulk (World War Hulk), Angela, Drax, Rocket Raccoons, and Loki (Lady Loki). Six characters (Hulk, Red Hulk, Hulkbuster, Star-Lord, Drax, and Captain Marvel) has also received new 6-star abilities. If you hadn’t noticed by now, a lot of the update focuses on the angry green man. 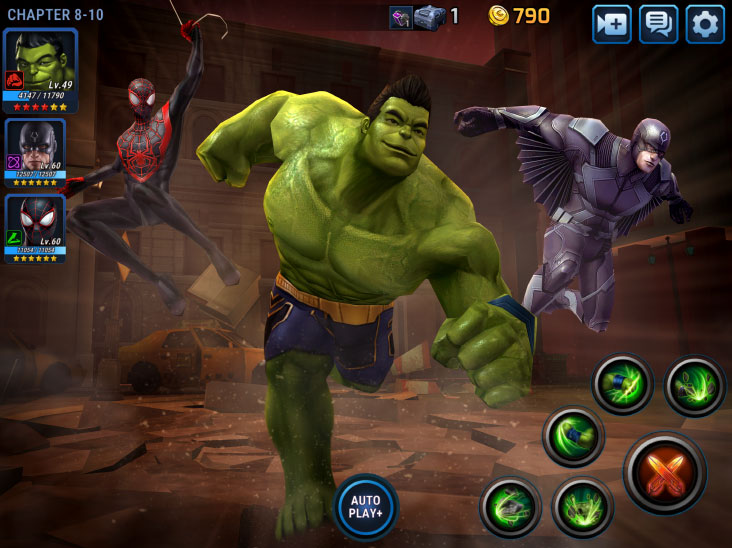 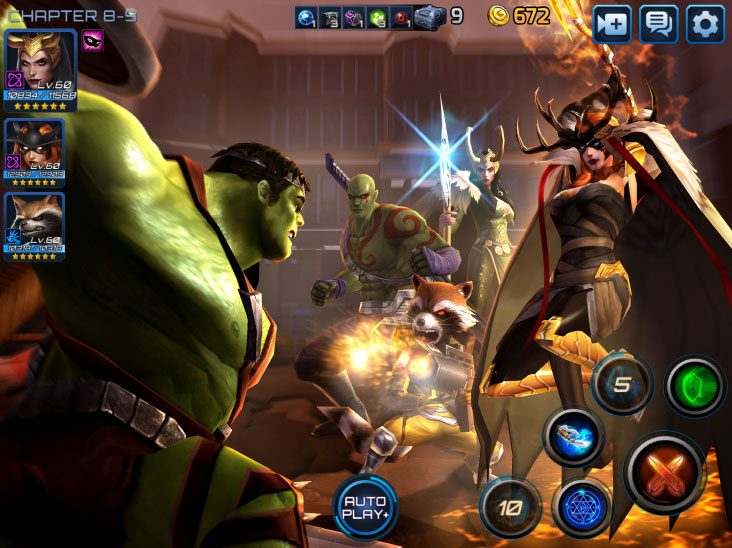 As for the gameplay itself, two modes have received updated content: Villain Siege and Co-op Play. For Villain Siege, the update includes new stages; Loki, Ultron, and Yellow Jacket. Additionally, players will receive awards when using recommended heroes to clear the stage. As for the Co-op Play mode, there are updates to Team Effects and Leader Skills, as well as Automatic Matching to pair similar character level and skills.

This update also brings changes and tweaks to the game’s user interface. The UI for EXP Chips has been enhanced to allow players to use all of the chips at once. Battle mechanics have also been updated to allow users to tap on Skill Button or Attack Button, and auto-targeting is initiated and moves to the portal.

The Marvel Future Fight update is now available for download for those of you who have the game installed. If you don’t have this game, you can grab a copy of it off of Google Play for free.