Stealth and Puzzles Come Together in Rogue Agent. Now Available in the Play Store.

Roguebox Studios is an independent game studio in Australia, led by Peter Anthony and Stephen Berg. They formed their company back in 2010. They have just released their first game, which is a hybrid stealth/puzzle game called Rogue Agent. If you enjoy outsmarting your enemy like Sam Fisher did back in the days of Splinter Cell, Rogue Agent may fill that void. With an unusual, but impressive art style, Rogue Agent will task you with escaping danger through 52 colorful levels.

I mentioned Sam Fisher because he is known for a few things, his gravelly voice, which was done by actor Michael Ironside, vicious takedowns when dropping from above, and of course, his ninja-like stealth abilities. Rogue Agent takes the latter and makes a complete game out of it. In this brilliant and colorful world, your goal is straightforward, get to the exit. That would be easy if there weren’t guards patrolling around guarding… something. Whatever is so important that it needs to be guarded is beside the point. What you have to do is get out, and there may be a few other tasks along the way. 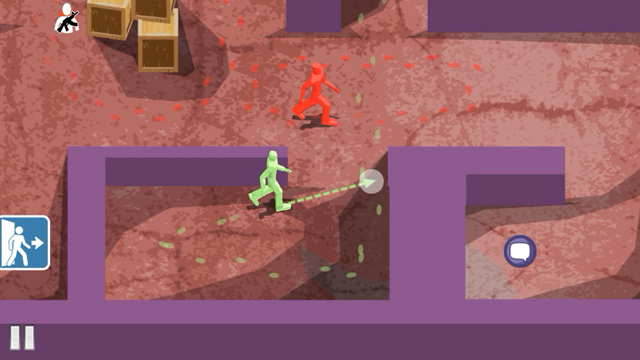 “You awaken in a strange yet familiar place. You must use stealth and intelligence to avoid capture from the enemy agents. You must escape every world. You must learn the truth.” – Roguebox Studios

Rogue Agent was released yesterday. After playing a few levels I can tell you this, Roguebox Studios has created an easily accessible, wonderfully colorful and fun stealth game. I generally tend to enjoy action/strategy games a bit more than I do games that revolve around stealth. However, there is enough going on in Rogue Agent, that fills the game with tension and a bit of intrigue.

You wake up and you don’t know where you are. All you know is that there are guards patrolling everywhere. In a very good tutorial, you are walked through getting to an exit. The levels continue to educate you as you go along, until you have a good idea of what you need to do. The main protagonist is a solid-colored being, with just the right amount of definition. I like the fact that in some ways, the imagery is scaled down to a point where you get all the details you need in a quick snapshot. Some of the levels are larger that will require you to have to discover more of the area before you can get out. The main way to do that is by exploration and studying the guards movement patterns. 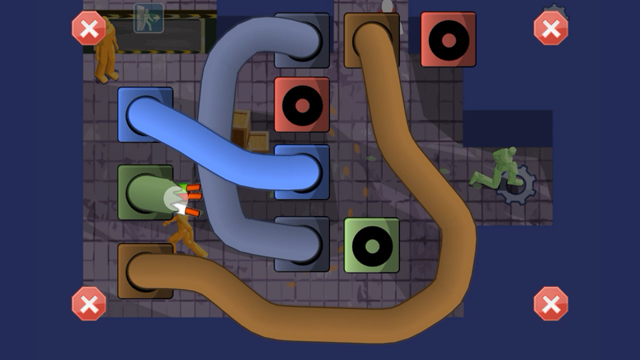 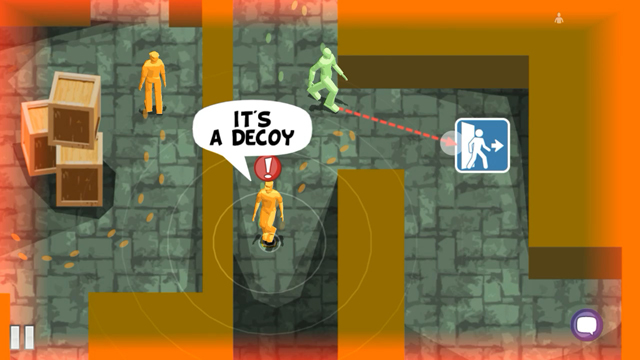 As with most stealth games, you know staying in the shadows is important so that you won’t be detected. The guards leave colored footprints on the floor so that you can know their path. Control of your character is simply done by tapping the screen. A single tap moves him in the direction you want him to go. A single tap allows him to walk in any direction and a double tap causes him to run. As you go through the different levels, you will encounter different items that can be used to help you get to the exit. Of course you have to find the key to get out, but along the way, you may need to clone yourself or use a Scramble Suit or Sonic Mine.

I like what I have played thus far in Rogue Agent. The levels are just long enough that you can get a quick game in here or there. The game feels original and a bit organic, because of its refreshing art style. You have the option of turning the music on or off, which is good, because quite frankly sometimes, music in games can be distracting when you are trying to solve a difficult level.

In some of the levels you will find thought bubbles, which is the best way I can describe them. Think of comic book characters speaking and you will have an idea of what I am trying to describe. If you find these in the different levels, you will unlock the developer’s commentary. This will also allow you to unlock secret levels. There are also a few mini-games to be played, which helps bring a greater level of variety to the game play. 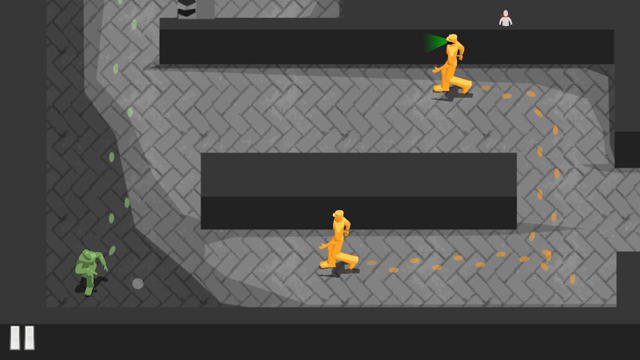 Rogue Agent is a premium-priced game. You can download the game for $3.28 There are in-app purchases in the game, but Roguebox Studios states clearly in the Google Play description, that you get the complete game for $3.28. The in-app purchases are purely optional, “…all features and levels are available to you at no extra cost.” The game is also integrated with Google Game Play Services with 14 achievements to unlock.

If the stealth genre is your cup of tea, then Rogue Agent is a game worth checking out. if you like puzzles with moving parts, then that is another way to look at this game. It is fun, has an interesting story, good art direction, challenging levels and just the right amount of detail in just the right places. If you check out the credits section in the game, you will have an idea of what I am talking about. Roguebox Studios knows how to make a good game, and it is surprising that this is their first one. We will be on the lookout for more from Roguebox Studios in the future. In the meantime, check out the trailer below.