Back in February 2015 we reported on a new game coming from Coffee Stain Studios called The Westport Independent. You probably know these developers from their goat-filled games such as Goat Simulator. This new game is all about censorship, so it is a bit more of a ‘serious’ game, albeit another simulation title.

[UPDATE: Wednesday, January 20th – 10:42 PM, PST] Coffee Stain Studios has released the intriguing game, The Westport Independent in the Google Play Store. The game has a very interesting storyline that will keep you plugged into this one. The game is a premium-priced title at $4.99 to download. Based on the description in Google Play, there doesn’t appear to be any in-app purchases. The link to download the game can be found at the end of this article.

In The Westport Independent, you are taking on the role of an editor of one of the last independent newspapers in the post-war country you happen to be living in. This country is now governed by a new recently elected political party called The Loyalist Party. As the editor, your job is to remove and edit the content of your paper, affecting the people’s opinion of both the rebels and the Loyalist government. You will basically be in charge of which side’s truth gets printed and read by the public. 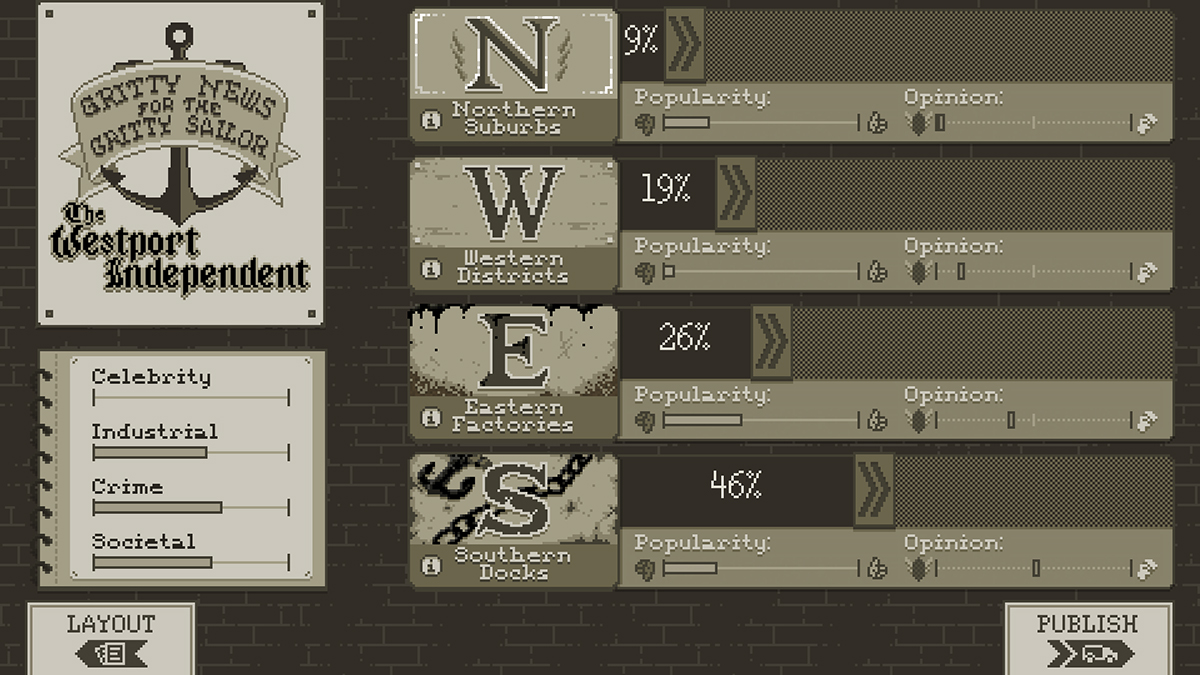 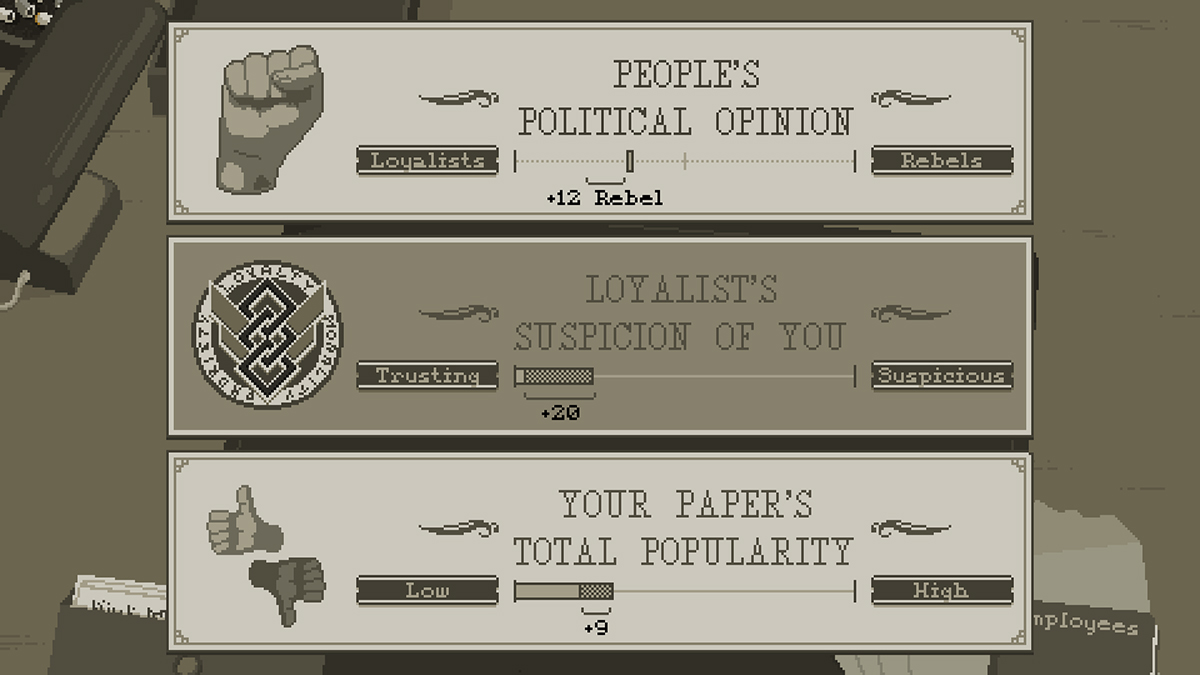 · Change the content and meaning of your articles by censoring them to your liking. While you can’t lie, you don’t have to tell the whole truth either.
· Employees with fleshed out character, who will not only react to your actions, but also discuss them with other colleagues.
· Receive letters and messages from public figures, rebel leaders, employees and other characters affected by your actions.
· Hundreds of articles, with different articles being picked for each playthrough.
· Adaptive stories where your actions affect the opinions of the people, which in turn affects what happens in the city, and lastly affects the stories you receive.

This game is definitely an interesting one, and is quite different than the developer’s previous titles. For those of you interested in snagging a copy of this game, you’ll be able to do so next week on January 21th, 2016 on all platforms: PC, Android, and iOS. You can check out the game’s trailer and more screenshots below. 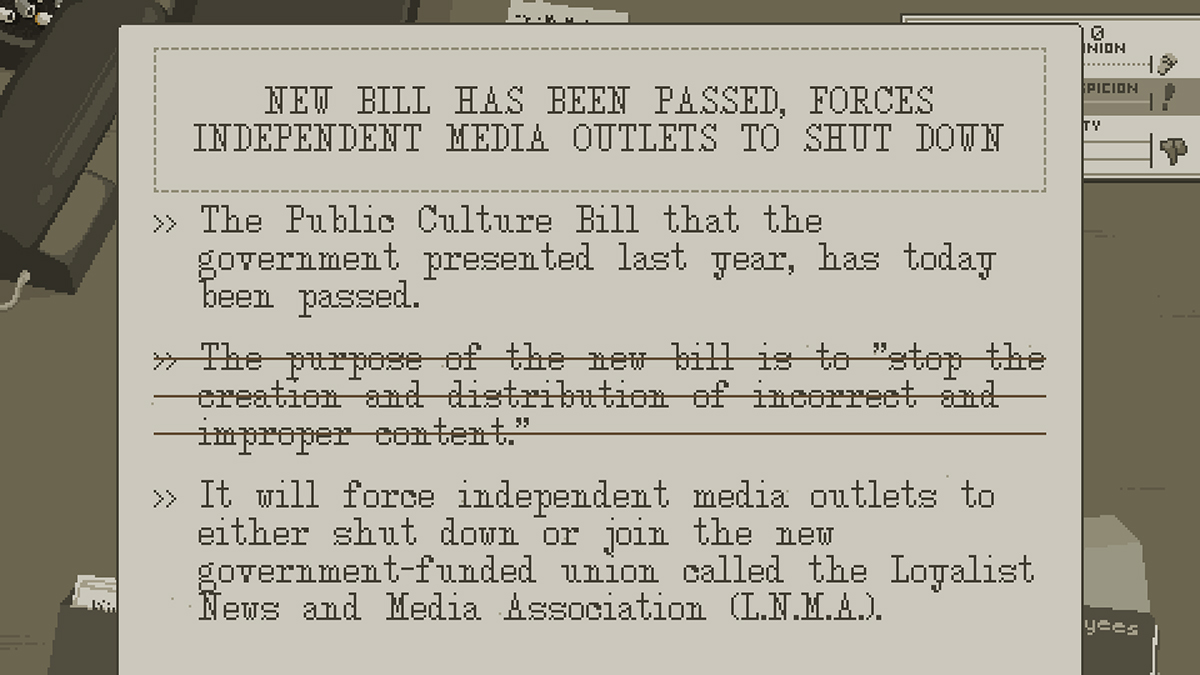 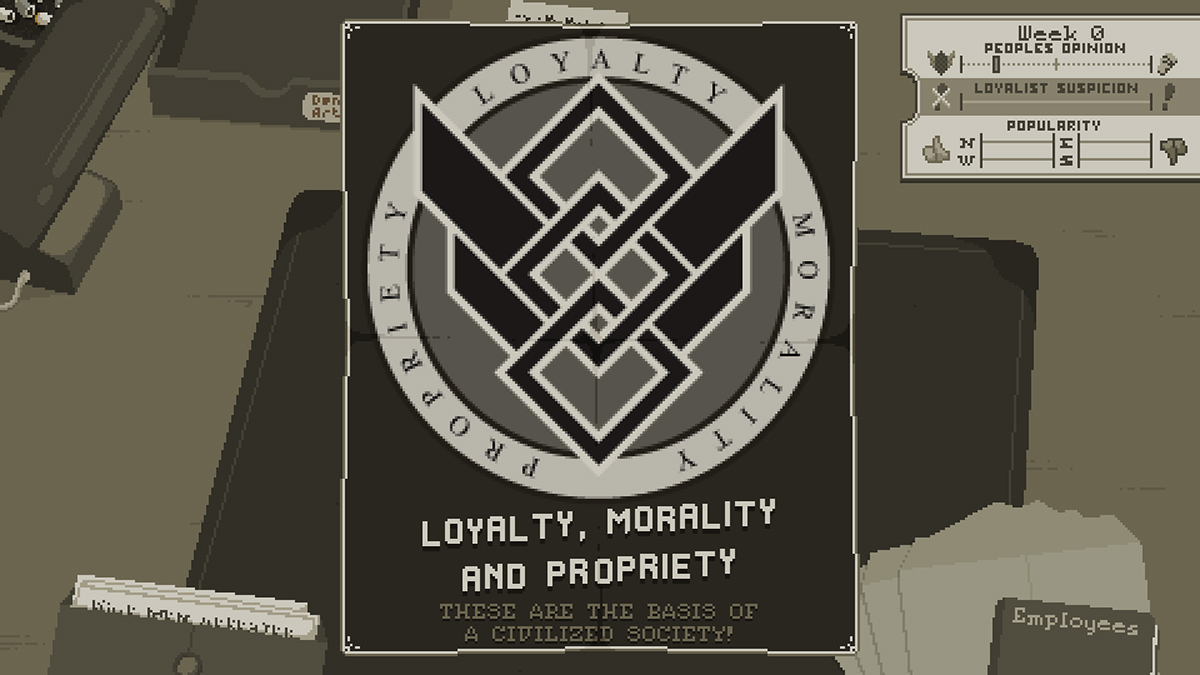