Plaque Inc has received a lot of updates since its release onto mobile devices, and now the 11th one has arrived. The main headliner for this update is a new mutation called the Double Strain, which can be a pretty damn helpful feature to use actually. In fact the name sort of hints at what it does.

Double Strain lets you start your plague in two countries at the same time. Needless to say, this will help a lot when it comes to spreading your disease around the world. However Double Strain isn’t the only cool feature to come with this update. There are also some shiny new particle graphics effects, improved government AI, and extra news headlines written by fans of the game. 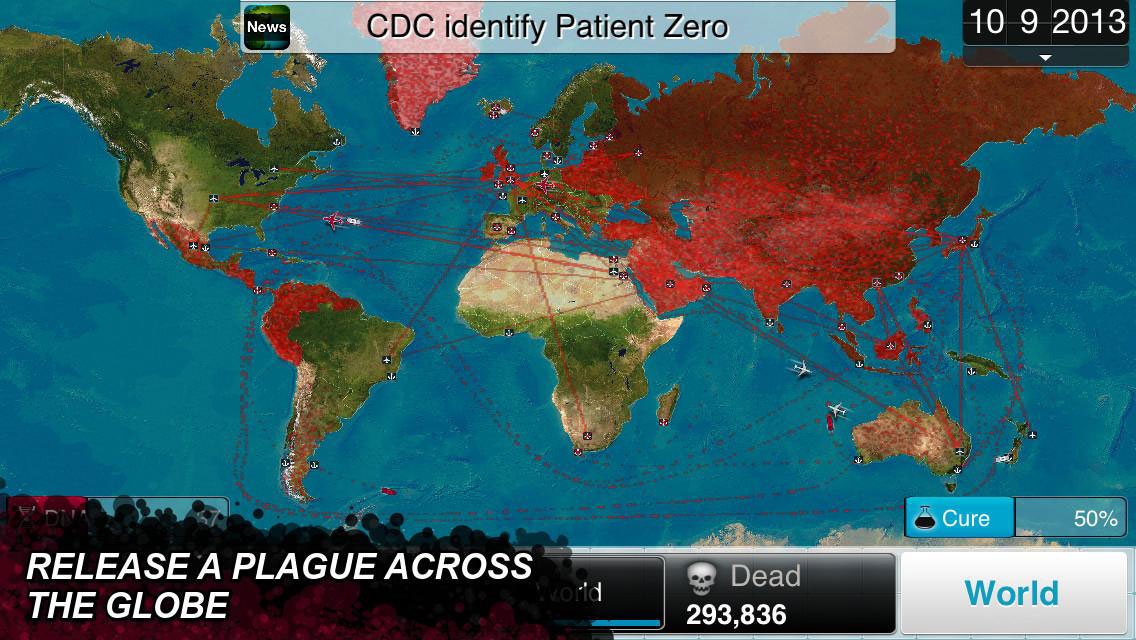 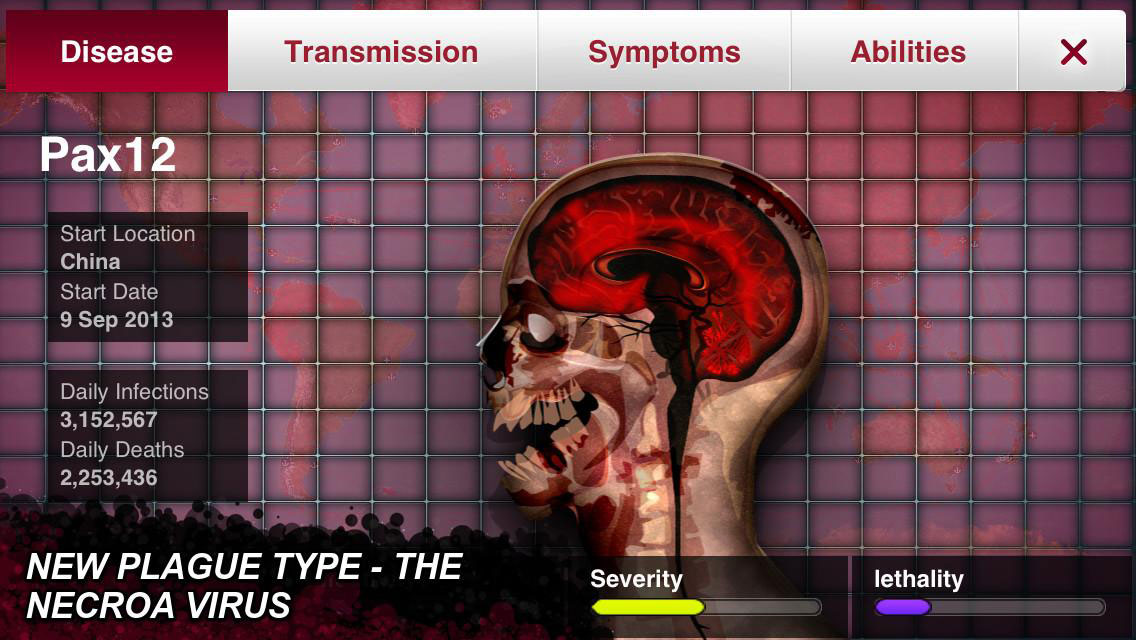 – Plague School: New to the game or want to learn strategies for some of the more exotic disease types? The brand new tutorial has your back. Enrol in the Infectious Disease School to learn the genetic strategies needed to infect the world!
– Double Strain Cheat: How will the world handle two Patient Zeroes? Start your plague off in two countries at once with this brand new cheat
– Improved some government AI response routines at higher difficulty levels
– Enhanced Particle Graphics: Bubbles now explode even more satisfyingly when you pop them!
– Extra News Headlines: Including headlines submitted by Plague Inc. players!
– Performance improvements for all devices
– Minor game balance / AI improvements / bug fix

Lastly, there is a new feature called Plague School. This is essentially the game’s tutorial, which will teach newcomers to the game how to play and things they should know much faster. For those of you with Plague Inc installed, the update is now available for download.